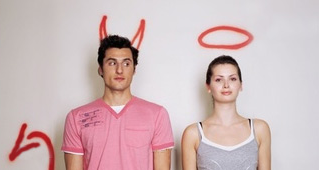 In the last few years a remarkable change has taken place in Britain and many other western countries.
In 2014, huge numbers of men and women are looking at explicit sexual material on the internet. Statistics indicate that sex is by far the most popular search term on the web.

There is an enormous amount of sexual material on the internet that should not be seen by children.
If you have kids in your home, make sure any computer they use is fitted with a filter that prevents access to adult material.

A quick web search will return sites that most people would find upsetting. They cover topics like incest, coprophilia (sex involving faeces) and zoophilia (sex with animals).
Unless you are compiling a textbook of sexual psychopathology, these sites are best avoided.

3. Availability of violent or cruel material

Sadly, it has become clear that a large number of men (and a few women) are fascinated by the idea of sex with minors.
Much research is going on to find out if the availability of 'kiddy-porn' is increasing the incidence of paedophiliac behaviour. We advise staying well away from anything that mentions the words 'teen' or 'young'.

6. Exploitation of models and actors

7. The tendency of the internet to encourage solitary sex

The great majority of 'performers' on the internet do not use condoms, Obviously, this is an appalling example to set to young people.

How to get help

There is no doubt that pornography has become more acceptable to people than in previous generations. It has also become much more readily available – mostly through the mushrooming of material on the internet.
Occasional use of pornography would now be deemed as normal by most experts. When it is used by couples or for solo sexual relief on an intermittent basis, it can be quite useful.
And there is no doubt that material such as The Lovers' Guide DVDs, which can be arousing but is essentially educational, has helped many couples to understand their bodies better and to improve their sex lives.
But the dark side of pornography and erotica is that it can quickly become addictive and isolating. In these circumstances, it is just a quick fix without emotional involvement.
Unfortunately, some individuals find it easier to retreat into their porno-world rather than deal with normal relationships, which are always going to have their ups, downs and complexities.