Forget the Listicles: A Happy and Successful Relationship Depends On Just One Thing 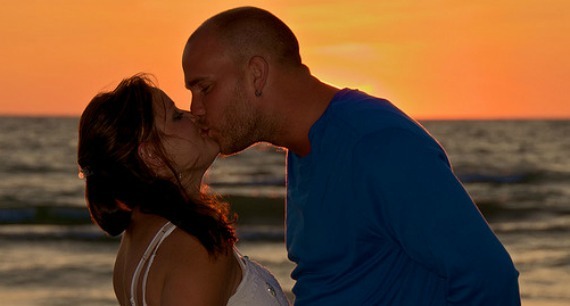 Forget the Listicles: A Happy and Successful Relationship Depends On Just One Thing

Couples who describe their relationships as happy, healthy or successful don't just get lucky. Nor do they keep a mantra of all the things the listicles tell them to do or not do.

Partners in happy relationships share an intent to have a strong relationship and they follow through that intention with their words and actions.


Beginning. Middle. End. That's it -- A shared intention or vision for the relationship and a commitment to making it happen together.

___
Where many people get stuck, and the thing that has people clamouring to read those 10 thing listicles, is that they aren't sure how to move their shared intention into action. It's likely that they are hoping for an easy fix. Couples in solid relationships know it isn't easy, but this is how they do it:
Happy Couples Move Through the World with an Awareness of the Other Person.
Partners in healthy relationships know that everyone comes to the table with needs and expectations. Those needs are known and respected, rather than argued, questioned or minimized. Partners move through the world with the awareness of what the other needs and they work to meet those needs when possible.
Since we began dating, my husband has always been the one who has needed more check-ins when we're apart. He likes a quick phone call or text when I am out and about. Me -- not so much. I'd prefer to catch up at the end of the day over dinner. However, he is a child of divorce and many times when he'd show up to his dad's house for their weekend visit, his dad would have forgotten that it was his weekend and that my husband was coming over. The sting from that childhood wound has created sensitivity for my husband where he feels like he's out of mind of out of my sight.
I could argue and belabour the point. I could call him "controlling," but I don't. While I wish he didn't have this insecurity, he does. I do my best to respect it and keep in touch, because I don't want him to feel forgotten about. I want him to know that his soft spots and vulnerabilities will be carefully kept with me.
Successful Couples Make Quality Time Together Non-Negotiable.
When couples commit to having healthy relationships, there's no such thing as "We gave up time together when we chose to have kids." Those in strong relationships don't allow work to become an excuse for lost time together, either. Rather, couples committed to caring for their relationship respect the obstacles and work to create moments or pockets of time for just them, even if a whole night uninterrupted is unrealistic.
This might mean that they set the alarm 15 minutes early so they can have coffee before the kids wake-up. It might mean that one visits the other at work for a cup of coffee. They might decide to decline a social invite so they can spend time together.
Couples who plan on staying together know that time together is important and they don't just give it away mindlessly. They recognise that life gets in the way and they may not have a lot of time together but they make the time they do have count.

Partners in Successful Relationships Know the Rules Apply to Them, Too.

Outside of our homes, when someone does something nice for us, we say "thank you". When we need a favour, we say "please". When we've been crabby for no reason, we apologise. Couples who are committed to making it work know that those same rules apply in their relationships, too--that they or their partners are not the exception to that rule.
Just because your partner knows "you don't mean it" doesn't mean you get to say it. Couples planning on being together for the long haul know this. They treat their partners with the same common courtesies that we extend to strangers. Even if "they should be doing the dishes", a simple thank you is often extended. Appreciation is said out loud so that partners feel seen and heard.
Physical Attention and Affection is Not Placed on the Back Burner.
Many people have written about how regular and consistent sex is important in relationships. We know, too, how hard that can be for long-term couples to navigate and negotiate. It's a sensitive topic that has to be respected and carefully kept. Successful couples don't have an easier time navigating this than anyone else. However, they are not put off by the challenge and they commit to keep talking about it.
Dry spells happen. Couples can have differing sex drives. Kids, work, stress, and health can all be factors that get in the way of regular and consistent affection and attention. The couples who are happier are the ones who don't accept this as answer but just keep working on it.
They give one another hugs. They still kiss. They sit close on the couch. They hold hands. They touch inside and outside of the bedroom to maintain that connection when the sex is good and when it's absent.
They Know There's No Such Thing as a 50/50 Relationship.
So many arguments can start with who's doing what, who's doing more, who's always, and who's never. Couples who want to stay happy get that there is no such thing as equal division of labour in a long term relationship. At times, someone will be pulling 40 percent of the weight and the other will pull 60 percent. At some point it will shift and someone may be pulling 90 percent when the other person can only get it together enough to manage 10 percent.
That's ok, though. Those times don't last and aren't permanent. It'll all even out in the end. Happy couples are aware of this and are mindful enough to make sure the other person gets a turn.
They Trust One Another's Good Intentions.
It's so easy to be mad and fly off the handle when we feel abandoned or not taken care of. When someone says something, does something, doesn't say or doesn't do something, we quickly create stories about their words and behaviours in our minds. When we're feeling mad or sad about what just happened, our instinct is often to go to the negative. She doesn't care about me. He only thinks about himself.
Couples committed to working it out take a breath and argue back to that inner voice. Maybe he didn't mean to forget to call when he knew he was going to be late. Maybe she was distracted when she said that. Strong couples recognise that a momentary lapse of intention or respect is not always a reflection of how their partner views the relationship. They keep this in mind, even when they are feeling hurt.
They Accept that Good Relationships Involve Work and are Committed to Doing it.