What Makes a Man Attractive to Women?

"What attracted my to my man?  His presence, his natural ability to connect with me on an emotional level.
His wonderful sense of humour, life is serious enough,  nobody should let go of the playfulness in their lives."           -   Susan 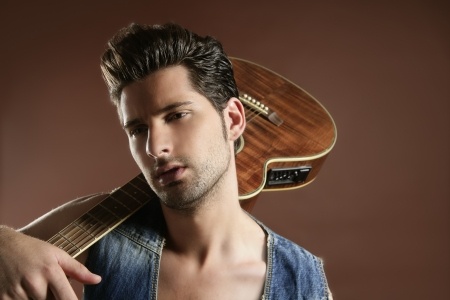 What Makes a Man Attractive to Women?

Let’s just say that if I could bottle and sell this, I’d be one rich dude.

All the men in the pick-up artist (PUA) community have tried to turn it into a science. Depending on whether you’re reading David DeAngelo, Neil Strauss’ The Game, or The Mystery Method, you’re going to hear various versions of the same themes. You have to be cocky. You have to have a sense of humour. You have to keep her off-balance by putting her down and showing her you’re in control. This blog post isn’t about arguing these points, although I think there’s definitely something to the first two.

But one thing I rarely hear from men who advise men is something I hear all the time from women.

Show me a man who is PASSIONATE and PROFICIENT at what he does.

Those are two separate ideas, so let’s not conflate them.

Passion is all about effort and energy and devotion. It’s about living, breathing, and embodying something. It’s about being so immersed in a subject that one can’t tell where it begins and you end.

A writer who comes home from his day job to squeeze in two hours of creative thought before meeting his girlfriend for dinner? Passionate.

A swimmer who wakes up at 5:30am every day to train for the Olympics? Passionate

Those weird kids that memorize the dictionary for the national spelling bee? Passionate

The flip side of the passion coin are people who are truly gifted but squander their gifts due to indifference, fear, or laziness. For example:

The musician who wants to be in a band, but refuses to answer ads to audition.

The entrepreneur who has an amazing business idea but won’t share his idea to begin developing it.

The woman who would love to be a party planner but won’t apprentice on the side to learn the craft.

Notice the word “but” in each sentence. “But” is merely an excuse that we believe is reasonable. When you remove the “but,” no excuse is reasonable. Unreasonable people are the one who move mountains.

Reasonable people can always find a reason to say “why not.” Such people don’t command respect.

Hate to say it, but just ‘cause you love doing something doesn’t mean you’re good at it…. Los Angeles is filled with actors, writers, and musicians who are passionate but not particularly gifted. I remember meeting a 40ish woman who still thought she was going to be the next Julia Roberts. I recall an incomprehensible short story that a friend was trying to submit to Playboy. Lack of talent is not a crime, but rarely is it attractive. Lots of quality individuals have dreams that exceed their talents.

So what we’re left with is this basic formula:

Ask women (and I have) what is it about a rock star that really gets them? It’s that combination of passion and proficiency. It’s the confidence exuded by someone who gets up on stage and performs, knowing that he can successfully entertain a crowd. Rock stars and athletes are just the most visible entertainers we have. But look around at people you find attractive in day to day life.

The guy who plays guitar at campfires.

The woman who gets the crowd on its feet on karaoke night.

The guy who can rewire the TV to have stereo sound.

The woman who can whip up a Thanksgiving dinner to remember.

You can talk all you want about tall, rich, cocky guys with big egos and fast cars.

But people who love what they do and are good at it are always attractive to women.