Do Men Have Feelings? Why They Act Like They Don’t Care

"The truth is that men have a much harder time processing their feelings. They are taught from an early age that they need to be strong, confident and stoic.  So they begin to equate emotions with weakness.
Read  Men Are from Mars, Women Are from Venus 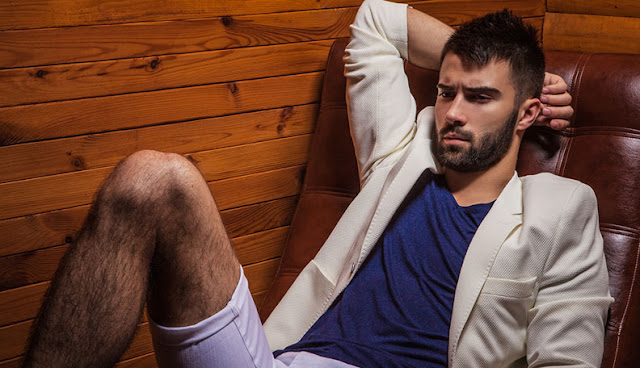 Do Men Have Feelings? Why They Act Like They Don’t Care

Have you ever wondered why your guy isn’t as excited or as overwhelmed as you are during emotional times? Here’s a glimpse as to why that is.

One of the most common questions I hear from women in relationships is this: why doesn’t he care about me? Why isn’t he showing it?

The answer is easy, ladies. It’s because he doesn’t want to. If a man—no, scratch that—if people wanted to express their feelings, they would do it in a heartbeat. Unfortunately, there are a lot of things that prevent us from communicating.

We might be shy. We might be apprehensive. We might be preoccupied with other things. There are a lot of reasons why people fail to express themselves wholeheartedly, but the thing is, you cannot control how people are programmed.

It’s even more difficult when someone expects us to communicate in a specific way, when it’s not how we were programmed to act—hence the issue about some women wanting their guys to be more open and in tune with their feelings.

Men are a different breed, because they were programmed differently than women. They were told by society not to show feelings and they were told by their fathers not to do what girls do. Even though the line between genders is getting more and more blurry, many men still feel they have to behave a certain way in order to retain their masculinity.

When women complain about their man being too cold or indifferent, they’re not asking them to show emotion. They’re demanding that these men show affection.

There is an obvious difference between the two, yet men still get the reputation of being unfeeling mounds of stone. That’s because affection is, in itself, a show of emotion. If it’s not present, people immediately assume that the person has no feelings, whatsoever.

Just because someone is not willing to show their emotions does not mean that they do not know how to feel. The normal state of the human mind pushes us to show emotions because it aides in our survival. If a person is literally emotionless, they’re either not real, or they’re leaning toward sociopathic behaviour.

The truth is, men constantly express their feelings. It’s just not what women expect. Admittedly, more and more people are breaking the barriers and relieving themselves of the status quo, but the fact remains that some women are still wondering why they have to give it up—why can’t men just change, instead?

Why are men reluctant to show and express affection?

Let’s go back to the first complaint: why do guys act like they don’t care? Psychologists are just as baffled as you are, which is why they decided to look into why men are reluctant to get in touch with their sensitive side.

Some studies showed that men were wary of women who insisted that they show their true feelings. The reason is that when they finally express themselves, their partners failed to receive the gesture positively. Most women do not know how to handle an emotional man, yet they still insist on openness—and, more often than not, are not ready for the fallout.

Take, for example, when a man finally cries. Usually, this only happens in highly emotional situations. Women ask for men who say, “I love you.” They are rarely ready for a man who says, “I am in pain. Please help me.”

It’s a shock to see someone who you perceive as your protector admitting that they cannot do it. It feels like a threat to your whole being, because if anything happens to you, whether physically or emotionally, your guy is too incapacitated to help you.

It’s even more damaging when you don’t acknowledge the effort they made to show you their feelings. Most women end up being either petrified or horrified when it finally dawns on them that men are capable of intense emotions.

This just goes to show that you may be asking for more openness, but not necessarily everything that comes with it. Women say they want their partner to show their feelings, but only certain feelings and in small doses—so little that it might not even be considered opening up at all!

So, whose fault is it?

It’s not anybody’s fault. This is how society evolved. If you can wait a little bit longer, things might change. For now, you’ll have to wait for a man who is not so stuck in the traditional norms that are foisted upon them.

They’re actually experiencing what is called a “double-bind.” Society is pushing them to break out of their shells by being more emotionally expressive, yet when they do, they are perceived as poorly-adjusted.

The problem is that men have been conditioned not to express themselves for so long that the very idea of them showing fear, vulnerability, or sensitivity can be overwhelming for those who witness it.

Still, there is a silver lining. Since we’re also talking about how other people perceive men when they show emotion, a positive reaction might encourage them to be more open in the future. If they can express themselves without being judged, there wouldn’t be a need for a show of indifference.

With that in mind, maybe it’s time everybody started accepting the fact that men have just as many feelings as women do. And don’t go blaming hormones for the mismatch; men are carrying a boatload of the most aggression-inducing hormone, testosterone. So, it’s probably a good thing that they don’t PMS like we do.

What can you do to deal with an indifferent partner?

If you’re already dating a guy who’s reluctant to show his emotions, here are your options:

#1 Discuss the need for more openness and communication. It’s not going to be easy, especially if they’re used to being stoic and apathetic, but you should be honest about your needs.

#2 Know when and what questions to ask. Just because your guys isn’t expressive does not mean that he won’t answer your questions about how he is feeling. Let him know your relationship is a safe space.

#3 Don’t pry. If you don’t get the answer you’re expecting, it simply means that your guy doesn’t know what to say or how to explain his feelings to you. Respect his privacy, and move on with your day.

#4 Observe. Even though guys don’t express themselves the usual way, they do so using other outlets:

a. They convert their feelings. For example, instead of being sad, a man might express it as anger or testiness.

b. They put their feelings into other activities. It can be sports, hobbies, or even just going out for some air.

c. Their emotions can manifest as physical pain. Sometimes a headache or a backache can be caused by stresses that guys can’t express verbally.

#5 Accept it. You cannot change a person. You can urge them to make a positive shift in their interactions, but there’s no guarantee that it will work. For now, you can comfort yourself with the fact that your man does feel something. He just doesn’t know how to show it.

#6 If you can’t accept it, do the honourable thing and stop dating someone you can’t connect with. The first thing that you should consider is dating a guy who doesn’t care about what other people think. And when you do, make sure that you’re as open as you want your guy to be. It would be hypocritical of you to demand vulnerability, while remaining hidden, yourself.

Although there are countless jokes and tropes about men and their emotions, many women find themselves genuinely at a loss about men’s feelings. The most common request in a relationship is this: show more emotion. The steps above will help women either overcome their need for more affection, or encourage their men to open up, little by little.

Email ThisBlogThis!Share to TwitterShare to FacebookShare to Pinterest
Labels: communication, Do men have feelings, double-bind, expressions of emotion, feelings, fish2fishdating.com, indifference, relationship advice, why they act like they don't care