"A text is both personal and impersonal and unlike letters of love it’s instant and once it’s sent you can’t go chasing the messenger to try and get it back.  So think carefully before you press that SEND button"      -  Susan 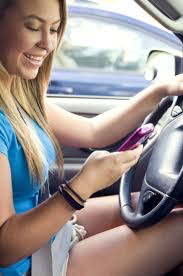 Making the first move for a girl can be scary! If you want to know what to text a guy you like, you’ve come to the right place. Here’s all you need.

Gone are the days of waiting for a man to approach you and make a move. Women are becoming more and more confident in their abilities to ask a man out when they want to. Women are the ones making all the first moves nowadays and I have to say, it rocks!
However, even if you’re a confident woman that has the guts to make the first move, it can still be kind of scary. Something that makes this a lot easier is doing it over a text message. While some people may be against this, I’m not.
What to text a guy you have your sights set on
With texting becoming the primary means of conversing with someone, it only makes sense for you to make your move via texting – especially if the two of you already have a nice dynamic going. But the trouble is finding just what to say so he knows how you feel without scaring him away.

I have a lot of experience texting guys when I like them and making the first move and I have a lot of male friends who have divulged exactly what they’d like to get over a text. Before we get to what to text a guy when you want to make the first move, we should first go over some texting ground rules.
Rules of texting
It might seem like you should be able to just text them whatever you want whenever you want, but there are some unspoken rules of texting a guy that you should know about before diving in for the first move.
#1 Never send multiple unanswered texts. Nothing screams “CLINGY” like sending text after text when he hasn’t even replied yet. I get that you’re eager to talk to him because you like him, but this makes you look desperate.

#2 Never text him after 12am. Some people may know of these other unspoken rules, but this one might be new to you. I say you should never text a guy after 12am because most guys take that as a booty call sign – something you most definitely don’t want to be seen as if you’re looking to date him.
#3 No sex-talk. You can most definitely be flirty and fun without having to talk about sex with a guy. While you may get his attention this way, it will be the wrong type of attention overall and you won’t have a good chance of actually dating him.
#4 When he says he has to go, don’t text him. This is a big mistake that most girls make and it comes off super clingy in the eyes of a guy. When he says he has to do something and can’t talk anymore, don’t send him texts while he’s away. If he has his phone on him, it’ll be really annoying and if he doesn’t, it’ll be overwhelming when he finally does look at his phone.

#5 Don’t let the conversation die. Conversations that go flat quickly never result in a good relationship. In order to text a guy when you want to make the first move, you have to keep the conversation lively, but never forced. Think of topics to talk about and if you find something he seems chatty about, stick to it for a while.
Now, WHAT to text a guy

Now that you know what to avoid when texting a guy, we can get to the good stuff. When you want to make the first move over a text, here’s what to text a guy and why it works.
#1 I’ve got a bottle of wine, a great movie, and no one to keep me company. What are you up to tonight?This text would be perfectly placed when he asks you what you’re doing tonight. It’s perfect because you’re not being too blunt, but you’re also letting him know that you don’t have company and want some, and that you’re ready for a relaxing evening.

#2 I’ve got two tickets to this amazing concert. Are you busy this weekend? If you really want to go for a fun first date and feel pretty good about your chances of him saying yes, then go with this text. You don’t have to say that you specifically bought the tickets for the two of you, but just saying that you have two and asking if he’s free during the concert time makes him aware of the fact that you like him.
#3 Hey, what do you say you and I go out tonight? This text is particularly useful when he says he doesn’t have any plans for the night or even if he says his plans fell through. It might be last minute, but if he already planned on going out, he should be up for it.
#4 I like you. Let’s get coffee sometime. Straight and to the point. A direct approach is never a bad idea when texting a guy when you want to make the first move. Honestly, I think most guys like it better this way – or so they’ve all told me. It takes the guesswork out of the whole thing and flatters them, too.
#5 You know, I think we would have a lot of fun together. This one is a little more vague and works especially well for shy people who feel confident that the guy also likes them. It’s not outright asking him on a date, but it is putting the notion out there that you’d like to go on a date given the opportunity. The ball is now in his court.
#6 You’re a lot of fun through texting, but how much fun are you in person? Guys are competitive creatures. If you hit him with this text, it’ll seem like that much more of a challenge for him. He’ll definitely want to prove to you that he IS just as fun in person and you’ll get a date!

#7 There really isn’t anyone else that I like talking to this much. This is a really sweet text that will definitely make him smile. Not only will he be flattered, but he’ll also get the hint that you’re into him. Hopefully he’ll feel the same way and this text gives him the opportunity he needs to ask you out.

#8 So, there’s this party I got invited to but I think it’s going to be pretty lame. Do you want to come with me so at least there’s one fun person to hang out with? It may seem counterproductive to ask someone to go with you to a “lame” party, however, this really does work. You’re flattering this guy by not only inviting him, but also saying that he’ll be the only fun person at a lame party. It gives him incentive to go and you’re also revealing how much you like him.
#9 What do you say we take this great conversation out to eat? If you two are having a really great conversation and you’d rather be in person, just send him this text. As long as he’s not busy and you could be ready pretty quickly, this is a perfect way to go from texting to in person easily and without too much hassle.
#10 You know what, let’s go out sometime. I think it would be a blast. Another very direct approach that doesn’t put too much pressure on a guy. When you’re having a fun conversation with him, just throw this in mid-conversation. You’re clearly stating that you would like to go out with him, but by avoiding the word “date” you’re making it less formal and easier for him to agree to.
Knowing what to text a guy can be one of the hardest things. Luckily, we have all the texts you’ll need if you want to make the first move.