The Uncanny Power of a Red Dress

"I love the colour red and will wear it gladly, but because it can be seen as a sexy, passionate colour, (you only have to look at the colour of lingerie that is advertised for sale on valentines day)  I always make sure that the  style of the clothes I wear in red are suitable to the occasion".  - Susan

The Uncanny Power of a Red Dress

Research has shown that wearing red clothes can make women more attractive to men. But do women take advantage of this fact by wearing red when they want to attract a man’s attention?

The colour red is strongly linked to desire and attraction. Men are more attracted to women who wear red, and it seems that women who want to attract men do so by wearing red. For example, there is evidence that women report wearing red clothes more often during the fertile phase of their menstrual cycle. Women responding to an online survey also reported that they would be more likely to don a red outfit when dressing for a date rather than a non-romantic encounter.

However, scientists are never satisfied until they tackle a question from every angle. How do we know for sure that women prefer to wear red when they go on dates? Can we trust respondents to an Internet survey? They may think that they would dress in red for a romantic encounter, but the reality could be much different. (Very few of us keep a precise diary of which clothes we wear to every social occasion.) Also, even in laboratory studies in which women express a preference for one clothing colour over another, the choice given is usually between fire-engine red and some other equally garish shade.

Is this guy for real?

Daniela Niesta Kayser of the University of Potsdam in Germany, along with collaborators in Munich and the U.S., invited women to visit the lab to participate in a psychology experiment (5). Interested women received email directions to the lab, along with a photograph of a male undergraduate researcher who would be running the experiment.

The team included the photograph in the email so that the women would be able to recognise the researcher when they arrived—at least, that’s what they told the women. In fact, the "researcher" was one of two students from another university whose photographs 20 women had previously rated for attractiveness. One man received an average score of 6.6 out of 9; the other got a score of 3.9 (not so hot).

Later, other research assistants, who had no idea what the study was about, pored over the photos and made a note of what each volunteer was wearing. They classified volunteers as wearing red if any part of their clothing, including accessories, was red, pink, or scarlet. Colours less similar to red (e.g., orange, maroon, purple) did not qualify. 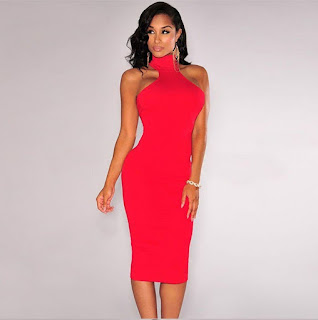 As the authors of the study wrote:

Women often enhance their attractiveness as a way of competing with other women to gain the attention of desirable men. This phenomenon may extend to colour displays, as the colour red appears to be one feature that enhances perceptions of a woman’s attractiveness.

They also suggest that future research could test the effects of female-female competitiveness on women’s desire to wear red clothing.

What to Text a Guy When You Want to Make the First...
The One (Really BIG!) Reason Monogomy Beats Polyam...
Which of the 7 Types of Love Relationships Fits Yo...
More Than A Quarter Of Brits Have Ended A Relation...
Why Youth is wasted on the young