How to get over “The One”

How to get over “The One” 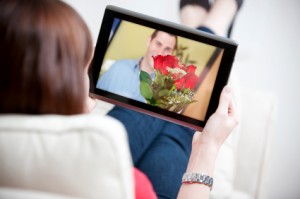 Your mobile tortures you with messages from everyone but him. You mope around asking yourself “What went wrong?” We talk to experts about how to snap out of it, and move on.

Some relationships die a natural death: the passion fizzles, they peter out or it’s a mutual decision. But when someone you imagined going grey with calls it quits, you’re left reeling – and that person stays in your head for years. “We never forget the one that got away,” says Dr Helen Fisher, biological anthropologist and author of Why Him? Why Her? “When you fall in love with somebody you trigger the brain’s dopamine system. It’s responsible for wanting, for craving, for obsession – and if it’s not satisfied, if you didn’t win that person, they’re seared in your memory.” Dutch scientists recently found being dumped by a lover can actually be heart-stopping – so how do you begin to recover?

Rent Titanic
Forcing a smile when you’re devastated only prolongs the suffering. “Have a weekend of watching tear-jerkers, playing gloomy music and really wallowing in your sadness,” says counselling psychologist Jacqui Marson. But once that weekend is over, it’s time to get moving. Start by treating yourself to a mani-pedi and blow-dry, but also make time to work out, which releases feel-good endorphins. For added benefit, exercise outside, since sunlight exposure delays your body’s release of melatonin (the sleepiness hormone) and elevates mood.

Change your brain
While it’s not (yet) possible to erase someone from your memory, in the style of Eternal Sunshine of the Spotless Mind, according to Dr Fisher it is possible to change your brain circuitry. “It’s important to get hugs from old friends as it’ll drive up oxytocin,” she says. Your body is flooded with this feel-good hormone when you have an orgasm, so it’s something your body is craving after a breakup. “Doing novel things with interesting people will boost levels of dopamine in the brain and make you feel better,” says Dr Fisher.

Lisa, 22, found that a weekend hip-hop class helped distract her from her ex. “I was sick of spending Saturday mornings having breakfast with my mates and their boyfriends, so I decided to try a dance class – something I never had time for when I was with Tom,” she says. “I met a whole new group of single girls there, and the class got me excited about the weekend.”

Rally the troops
After a breakup you need to re-build your network – get in touch with old friends and put yourself in situations where you’ll meet fresh faces. “It’s good to ask for help,” says Marson. “And it helps to give friends a specific support role.” Whether you want them to be your exercise buddy, travel with you, take you out on the town or be that friend you call at 2am when you’re tempted to text the ex… make sure they know their job and are prepared to dispense tough love when needed.

Delete his number
“Don’t call, don’t show up where he hangs out, don’t ask his friends about him,” says Dr Fisher. When someone’s been the centre of your universe it can be gut-wrenching to wipe them completely from your life – but it’s the quickest route to sanity. If your ex wants to be friends, tell him it might be possible in 2013. “You will still continue to crave that person and it might be three years, maybe 10 years, before it’s feasible to have a friendship with them,” says Dr Fisher. (Get over him with a fresh start: Fish2FishDating)

Don’t sleep with him
Jo, 26, never got over her first boyfriend Charlie. “I’d managed to push him to the back of my mind until he added me on Facebook last year,” she says. “He could see from my status I was engaged, but it didn’t stop him poking me daily and sending me flirty messages. My fiancé was working late one night – I felt a bit neglected and so I decided to meet Charlie for dinner. The spark was still there and we ended up sleeping together. A few weeks later I broke off my engagement – only to have Charlie break my heart again.”

Cyber stalking, or even meeting up with an ex for coffee, is playing with fire. “If I could have a penny for everybody who’s in one relationship, but still half in their old relationship, I’d be a millionaire,” says marital therapist Andrew G Marshall, author of Heal and Move On. He sees many clients still emotionally cleaved to an ex “soul mate”. “We need to get rid of this idea that there’s one single person who is right for us,” says Marshall. “There are different people who are right for us at different stages in our lives.”

So, instead of holding a candle to the one that got away, think about why. It’s easy to get caught up fantasising about the life you might have had with an ex but it’s so much more helpful to remember why it didn’t work.

View the original article here
Posted by Fish2Fish at 11:51

Email ThisBlogThis!Share to TwitterShare to FacebookShare to Pinterest
Labels: ask for help, delete his number, fish2fish, flirty messages, holding a candle, how to get over the one, sleep with him, text the ex, the one