Does He See You As A Mother Or A Lover?

Does He See You As A Mother Or A Lover?


I have just been in the unfortunate position of having to support my friend through yet another break up – this will be her third in two years – and she and I both thought it was about time that instead of bringing out the Kleenex and Ben and Jerrys, we tried to dig a bit deeper into why things seem to keep going wrong with what start off as potentially great relationships. Well, lots of shovelling later and we think we may have found the common (and cursed!) ingredient that all her relationships share……Instead of being their ‘lover’ my friend has been becoming their ‘mother’!

Ok, so this might sound totally crazy but actually it can be a fairly common occurrence and there are plenty of guys that have it so entrenched in their subconscious that even they don’t know they are actually seeking a mother figure rather than a girlfriend/wife. And of course, as if in answer to their search there are plenty of us gals out there – like my friend – who are inherently nurtures/caregivers/fixers/ i.e’mothers’! These lovely ladies can find themselves unwittingly seeking out these mummys boys, who they can keep under their wing and look after and ultimately feel ‘needed’ by.

However, if this strikes a chord with you, you must be aware that what can be intended as protectiveness on your part can come across as possessiveness to them, a caring concern can be interpreted as control and ultimately these characteristics are not going to be beneficial for either party in the relationship.

Of course, if you think this is you and think (as my friend did) that you’re doomed, destined to a life of mothering, attracting ‘mummys boys’ who will never treat you in the way you deserve, THINK AGAIN. The key is the knowing, awareness is everything and once you are aware of your negative behaviour you can take steps to make sure you don’t keep getting caught in the same trap.

HERE ARE 5 WAYS TO TELL IF YOU’RE HIS ‘MUMMY’ FIGURE!

This is a good one to be wary of especially in the early days. Really we all know that romance is about being whisked of your feet and swept away by Prince Charming, but sometimes it’s all too tempting to think ‘hang on, I know what I want to do/where I want to go and if you want a job doing properly, do it yourself!’ Well, if you are one of these natural organisers, please on these occasions try and resist and remind yourself of the Prince Charming fairytale – as cheesy as it is (and of course we all know real life isn’t a fairytale after all!) every guy deserves the chance to get to play Prince Charming (even if he gets it wrong!) and every girl deserves to be swept of her feet (even if said feet end up in a pair of wellies tramping up some mountain it’s a good excuse for a foot massage later!)

Ultimately give the guy a chance to take control and assert his masculinity and show his individuality.

This becomes more apparent once you’re sharing space (staying at each-others places/living together) and is a great way to detect if you’re becoming ‘mum’. In many instances guys are lazier than us girls when it comes to doing the chores but this could partly be down to the fact that from an early age they have their mummies picking up and running round after them – whereas girls are encouraged to follow in their mums footsteps and get on board with tidying/washing/ironing etc! (hmmm, perhaps a gender divide worth considering changing when it comes to my turn as a real mum!) Anyway, this is how it then becomes soooo easy for this pattern to continue when we’re dating – and if you think about it, how easily can stir up feelings of resentment on both sides (how did you feel when your mum kept nagging you to tidy up? And conversely how do think your mum felt when you never did?!) – It’s all about taking a step back, setting a rota or select chores for each of you to have responsibility for and life can run on a much more equal footing.

Is he there for YOU

It’s all too easy for boyfriends with mothering girlfriends to forget that actually, the girlfriend needs some looking after too! – In the real world of parent and child the mother all too often gets taken for granted and it’s perhaps only Mothers day and birthdays when they get a little extra attention and a bit spoilt. Well, that’s all well and good but here what we’re talking about ISNT a parent/child relationship, it’s meant to be an equal union of 2 people putting each other first and always being there for EACH OTHER! – If you are finding you are always putting him first, checking his schedule for him, reminding him of appointments, picking him up from the pub, making sure he’s eaten etc etc but the minute you need a lift to that crucial job interview he’s nowhere to be seen, then you need to think about where you are in his priorities.

Thinking of the little things for YOU 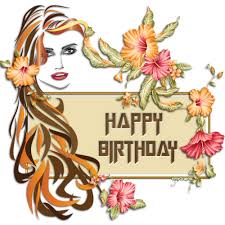 Sometime it’s easy to get lost in the acts of pleasing and giving, nurturing and supporting and before you realise it you as an individual with your own needs and wants have become invisible to him. You’re so busy looking after him that you don’t notice there is no cup of tea made for you on a morning (have you even ever seen him boil a kettle?!), there are never any surprise bunches of flowers and in fact, you feel you’ve lucked out when you just get a card on your birthday (at least it shows he’s remembered, right?!). If any of this sounds familiar (for example my friend even resorted to buying a Birthday present for herself FROM her boyfriend so she didn’t have to feel disappointed on the day) then you need to STOP. Stop trying to sort his life for him and remember you deserve one of your own.

Over communicating –( in a stalkerish controlish way!)

Perhaps a trait that’s not just confined to the mothering types of us, but one which will certainly provoke the same reaction from a guy as if it was his mother doing it! – Over texting, checking up on him, calling too much….If he’s out with his mates, leave him to enjoy it. If you start checking when he’ll be back, texting him to keep him to curfew when he’s out then he’s defiantly likely to revert to teenage behaviour feeling like you’re his warden (mother!) and most probably rebel against it! You need to treat him like an adult, trust him to be respectful and get on with interests of your own. If he continues to act like a child and show a lack of respect then this is a different problem and needs to be addressed accordingly ( not by withholding his pocket money!)

The main thing to remember is that unless they ask you for it, guys probably don’t need your advice or well-intended organising (in fact it can sound very much like nagging!)……they probably actually have things under control and are much more likely to value and appreciate you when you provide help when they actually ask for it. After all, they already have one mother and definitely don’t need another!