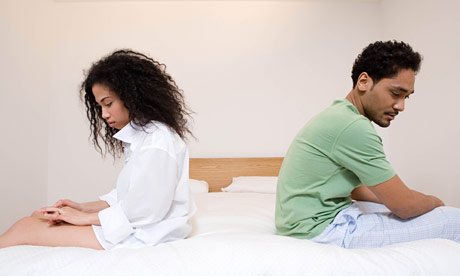 It’s just one of those mistakes that couples often commit soon after enjoying an intimate session with their partner. They might have made all the necessary efforts to satisfy their partner in bed, but just one little mistake can spoil all the fun!
The nature of these after-sex mistakes hints that you were just waiting for sex to get over so you could indulge in some other non-sexual activity. Or in some cases, it shows that you had something else running through your mind while having sex.
Though these are absolutely unintentional acts that partners get caught up in, these are often the terrible goof-ups that kill the sexual mood. Also, couples fail to understand that switching off from the sexual state of mind can leave the other partner highly irked.
Dr. Pushkar Gupta, a Chandigarh-based sex therapist opines, “It is very likely that partners who right away indulge in something else after having sex, might have performed sex as a duty and not an act of enjoyment. While there are several ways to keep up the mood even after the actual sex is over, some partners look for ways to remain busy and thus they end up committing lesser known ‘after-sex’ mistakes.”
Dr. Amita Mishra, sex and relationship expert states, “After enjoying the sexual act, if a partner tries to get involved in something not related to sex, it surely makes the other partner feel disowned. While there should be an effort to linger on with the sexual feel even after the actual act is over, couples who deviate from this mood are certainly affecting their sexual relationship.”
We list some recurring ‘after-sex’ mistakes that couples indulge in. So the next time you get intimate, make sure you do not switch into something else just after finishing the act. Let the mood linger on for enhanced pleasure …

Falling asleep at once : Most couples come across this problem where either one of the partners or both would fall asleep soon after having sex. It certainly is a big goof-up that can kill the charm of sex. Sleeping at once would not allow you to cherish your performance and neither let you enjoy the mood with which you enjoyed that night of passion.
Making way for washroom : Enjoying a hot shower together can be a great foreplay act, but rushing to the washroom right after a hot romp is definitely not! While couples won’t mind getting messy in their sexual acts, but as soon as it’s over, they make way to the washroom to clean-up. It might sound okay, but they forget that the other partner might still be enjoying that mood and want to have more of it. Heading straight to the washroom makes the other partner feel that there’s been something unpleasing about the act, which can mar your sexual bliss.

Calling a friend : This is another common mistake that couples face after a steamy session. While it’s obvious that none would call a friend at odd hours to discuss official matters, so why can’t a petty talk wait till the morning? When it’s time to enjoy sex, it’s indeed a gaffe to keep your eyes and ears stuck onto your mobile phone waiting for a message or keeping an eye on your missed calls. It makes the other partner feel as if you’re just not interested and thus ruins all the fun.

Heading towards study or work : What couples think of during sex remains an unanswered question. Those who head towards study-room right after a romp may just give the answer. Thinking books and reading is indeed a sex blunder! Like sexual moments, it’s equally important to enjoy the after-sex pleasure. If you rather descend towards your study, leaving behind your partner, it won’t bring any good to your sexual relationship. If you prefer reading a book instead of cuddling and snuggling, you are indeed inviting trouble into your sex paradise.
Sleeping separately : You might have a habit of sleeping separately in guest bedroom or on the terrace, but on a particular night when you’ve een intimate with your partner, exceptions are allowed. After a lovemaking session, it’s not a good idea to abandon your partner and pack your sheets and pillow to move to another room for a sound sleep. It will not only kill the passion on that night, but would also tarnish your sexual relations for several nights to follow.

Bringing kids to sleep along : Letting anyone invade your sexual privacy is bound to mar your sexual pleasure and kids are no exception. Many mothers have a tendency to bring kids to sleep alongside on the same bed and if that happens after having sex, it can’t get worse. Well, such a gesture has all the reasons to annoy the other partner, who might have planned something more sensual to be enjoyed after a steamy romp.
Eating another meal : Eating an aphrodisiacal meal together with your beloved can be a great start before a lovemaking act. But moving to the kitchen right after having sex looking for something to eat is equally disgusting. It ruins the entire passion and would make your partner feel that you didn’t enjoy sex just because you were hungry and had food on your mind.