How Love Happens in Your Brain

"Yes, that’s right, limerence and love have a great deal in common with cocaine and heroin. Well I know what addiction I would rather go for!" - Susan 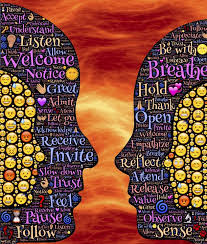 How Love Happens in You Brain

All you can do is daydream about your love constantly and want to be with them. Euphoria. Non-stop, super human energy. Sleep? Who needs sleep?

According to research, those intense, in-love feelings are due to highly complex, pretty unromantic chemical, cognitive, and goal directed brain processes involving over 12 areas of the brain working together to produce the magic. Physically speaking, love happens in your brain, not your heart. According to the study "The neuron-imaging of Love," love activates the same brain regions that are involved when people use euphoria inducing drugs. In your brain, being in love is similar to a cocaine high.

The brains of people in the grips of a hot and heavy, new romance are bathed with increased dopamine, oxytocin, adrenaline, and vasopressin, which results in the classic swoon symptoms. The highest levels are seen in men and women who have just fallen in love, compared to those who have been in longer relationships.

A study using functional magnetic resonance imaging (fMRI) scans found that love activates the brain's reward system in the same way as cocaine or nicotine. Being in-love is a goal-oriented motivational state, and upon rejection, the in-love neuron are still compelled to seek their reward, the lost love, resulting in that awful longing when it's over. 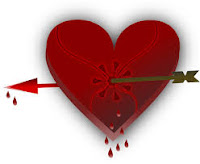 Heartbreak and physical pain are actually rooted in the same regions of the brain. Love really does hurt. For this reason, it's been shown that taking aspirin really can help ease the pain of a break-up. The same study showed that the brains of people who have been rejected, weeks or even months after, were still addicted to love and go through withdrawal, just like with a drug. Over time, the rejected person's brain adapts by neural circuits re-wiring and chemical levels normalising.

It's generally accepted that romantic love is one of three primary brain systems that evolved in humans to drive reproduction to ensure the survival of the species. The sex drive developed to motivate people to seek out mating partners. Romantic love and attraction spurred humans to pursue a specific partner while attachment increased the likelihood of them staying together long enough to fulfil parenting responsibilities. Not very romantic when put that way. Research shows that romantic love and maternal love activate different areas of the brain. (I'll bet you could have guessed that one from experience.)

An experiment placed EEG sensors on the heads of the smitten to measure the electrical activity of their brains. When these people were just shown a picture of their loved one, activity spiked at a subconscious level within 200 milliseconds in one area of the brain. No wonder being in love can feel like you have been zapped by lightening!