Flirting like every other human activity is governed by unwritten laws of etiquette.  These rules determine where, when, with whom and how we chose to flirt. We generally obey these unofficial laws instinctively, without being conscious of doing  so and only become aware of these rules when someone breaks the etiquette. For example flirting with the widow at her husbands funeral would be: with the wrong person, at an inappropriate time and place.
So be sure to flirt responsibly and if you are lucky enough to be flirted with and are interested then let that person know.         -    Susan 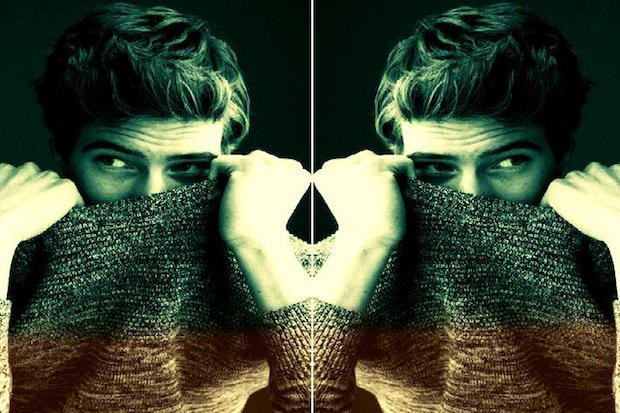 It can be hard to tell.
Is he smiling at me or is that a grimace? Is she looking at me across the room or she looking at the clock above my head? Is he flirting with me?
It can feel like the shy guys in our lives have an emotional equivalent of a poker face. They reveal nothing. Or do they? Maybe the trick is to pay attention to the details to know whether that person is flirting with you.
If your bashful babe is doing a mixture of these things, then you're probably the subject to some gentle flirting. In order to fully gain access to the elusive shy guy, I asked for some opinions from shy people. Let's get into this.
1. They're all about subtle gestures.
He's not going to be standing outside of your window with a boombox blaring Peter Gabriel's' "In Your Eyes." Subtlety is key here. Maybe giving you a smile from across the room. Trying to give you eye contact, but looking away.
Do you notice that your shy girl is bending over and showing you her ass a lot? Then she may be using it as a mating call for you to go and grab it. Just kidding — you shouldn't grab anybody without consent.
2. They may be extremely awkward (at first).
This includes uncontrolled giggles and laughter that are misplaced for the conversation, and stammering. That awkwardness can form of a spew of cringe worthy words like, "Someone came up to me and complimented me, and instead of replying with a simple 'Thank you', I said I was actually hotter than I looked and almost died."
Just take the awkward in stride. The resulting blush is probably adorable anyway. How do shy people flirt? Accidentally.
3. They may stammer or get nervous.
You might say, "Hey, how's it going?" This innocuous greeting is met with deer-in-headlight eyes, slight honking sounds, and a bit of a stammer. You, my dear, have made your shy one nervous. This could be a sign of liking you. There's also a chance that speaking just makes him uncomfortable. Shy people are complicated.
4. They're more comfortable flirting with you online.
You may want to see if your shy person can let loose more on the internet or via text than face to face. They can click "like" on stuff, retweet, and make bold comments without any discernible heart palpitations, or at least you won't hear them. This can ease the pressure.
However, if your shy person is like mine, then he may take time to write a good response to you. Don't immediately decide that he thinks you're Jabba The Hutt if he doesn't respond quickly.
5. They don't like to talk about themselves.
You may feel like you're trying to herd a bunch of cats when you're trying to learn more about this bashful Bobby. He may feel really uncomfortable with having attention on himself. So instead, he'll ask you about what you're doing, what you think, and so on. It's a way to keep you talking, to stay in the conversation, but to not have to talk about himself. Tricky, tricky,
6. They "accidentally" touch you.
If your shy guy find ways to give you little touches often — on the shoulder, the hand, brushing up against you — these are possible signals of flirting. Just to be on the safe side, see how he is with other folks. Some people are just natural touchers.
7. They open up when drinking.
I'm not saying that your shy person is the town drunkard, and I'm certainly not encouraging you to get him absolutely wasted. Remember Raj from The Big Bang Theory? He couldn't talk to girls unless he had a beer and then all of the sudden his words flowed like butter.
I've noticed that even my shy guy feels awkward in social situations, but he'll have a drink and feel a little bit more relaxed. If you're in a social situation where alcohol is involved, see how your crush responds to your flirting then. Again, don't get him slamming shot after shot. That's just messy and wrong.
As you're trying to make a love connection with the elusive shy person, remember that they may just be waiting for a chance to tell you how they feel. Or he may not know exactly how to say, "I like you. Do you like me?" without feeling like a total douche canoe.


So, if all else fails and you're still unsure, ask. I know, I know, you're a little shy, too; this could be nail biter, but somebody has to make it all clear. Why not it be you?