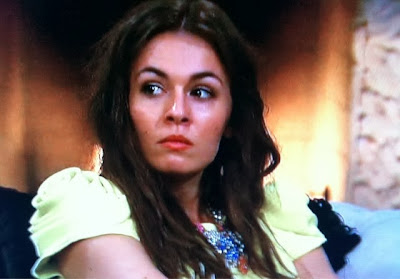 Falling in love comes at the cost of losing two close friends, a study says.
We probably all know that a passionate new relationship can leave you little time for others, but now science has put some numbers on the observation.

Oxford University researchers asked people about their inner core of friendships and how this number changed when romance entered the equation.
They found the core, which numbers about five people, dropped by two as a new lover came to dominate daily life.

“People who are in romantic relationships – instead of having the typical five [individuals] on average, they only have four in that circle,” explained Robin Dunbar, a professor of evolutionary anthropology at Oxford.
“And bearing in mind that one of those is the new person that’s come into your life, it means you’ve had to give up two others.”
The research, which has only recently been submitted for publication, was presented to the British Science Festival at Aston University.

Professor Dunbar’s group studies social networks and how we manage their size and composition.
He has previously shown that the maximum number of friends it is realistically possible to engage is about 150. On the social networking site Facebook, for example, people will typically have 120-130 friends.
This number can be divided into progressively smaller groups, with an inner clique numbering between four and six.

These are people who we see at least once a week; people we go to at moments of crisis. The next layer out are the people we see about once a month – the “sympathy group”. They are all the people who, if they died tomorrow, we would miss and be upset about.
In the latest study, the team questioned 540 participants, aged 18 and over, about their relationships and the strain those relationships came under when a new romantic engagement was started.
The results confirmed the widely held view that love can lead to a smaller support network, with typically one family member and one friend being pushed out to accommodate the new lover.
“The intimacy of a relationship – your emotional engagement with it – correlates very tightly with the frequency of your interactions with those individuals,” observed Professor Dunbar.
“If you don’t see people, the emotional engagement starts to drop off, and quickly.
“What I suspect happens is that your attention is so wholly focused on your romantic partner that you just don’t get to see the other folks you have a lot to do with, and therefore some of those relationships just start to deteriorate and drop down into the layer below.”
View the original article here