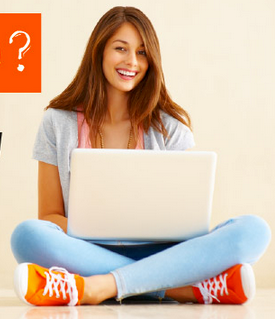 (CNN) -- Remember that old tune "Friday, I'm in Love"? Well, some daters are looking to make it a reality.

"I have found a wonderful weekend lover," reads a testimonial by "Leah, 38" on the new dating website, parttimelove.co.uk. "He asks for no more, and the times we spend together are magical."

The site, launched in early January, is the brainchild of relationship author and blogger Helen Croydon. Its target demographic is people who want to be independent but also want to fall in love, she says.

Some may wonder whether Part Time Love is simply the newest in a line of dating sites where users troll for one-night stands. But the site isn't just Tinder with a romantic sheen, if you believe its marketing spiel.

"We are not a no-strings website. We are for singles looking for regular partners with mutual attraction, genuine friendship, respect and a magical spark but whom have no expectations of moving in after three months and value their free time and independence," claims the site, which users must opt into via other, more established dating sites.

Croydon asserts that a low-maintenance or part-time relationship is distinctively different than the eloquently named "booty call," or the even more lucid "casual encounter" in that the goal is lasting love.

Croydon admits it's not for everyone. She envisions her demographic as users in their mid-to-late 30s and early 40s who are set in their ways and might find it difficult to adapt domestically to a new partner.

"They're realistic on the fairytale," she says.

In 2011, writer Laura Tennant wrote a column "We're happily semi-detached" in a British newspaper about her part-time cohabitation with boyfriend, Sean Walsh. She had just completed a difficult divorce -- "aren't they all?" she joked in an e-mail with CNN -- and wasn't sure she ever wanted to get married again. What she was sure of was that she and Walsh worked really well together as the relationship stood.
They were "living apart together," as she called it.

Fast forward to 2014, and now Tennant is engaged to marry Walsh.

"Over time, Sean and I have become more and more sure that we are each other's soulmate and life partner," she says. "And we have slowly but surely got to the point where we are ready to make the ultimate commitment to each other."

But, that doesn't mean they each won't have their alone time.

The couple is planning for Walsh to have a pied-à-terre, but not in the Ernest Hemingway sense.

"As it is, it is totally workable, albeit somewhat unusual," she says. "We are working out logistics at the moment, but I reckon we will live together and Sean will rent a work-live space nearby where he can write, sometimes sleep, and recharge his batteries."

Croydon explores what she calls "low-maintenance relationships" in her new book "Screw the Fairytale: A Modern Girl's Guide to Sex and Love," in which she debunks the traditional ideal of the omnipresent partner. Croydon says she never wants to get married or have kids. (She's also quite familiar with unorthodox dating styles; her first book, "Sugar Daddy Diaries," was about her penchant for older men.)

"You don't have to see someone three to four nights a week to express love," she told CNN over the phone from London.

"In every other aspect of life, we've gone for convenience, independence and where individualism is promoted," she says. "Yet, you have this socially approved model of relationship that you live together."

Croydon says for it to work, the partners' emphasis is still on a genuine relationship, in that there is romance and sparks but "without all the monotony and obligation of a full-time relationship."

Jill Weber, a Virginia-based clinical psychologist and author of "Having Sex, Wanting Intimacy: Why Women Settle for One-Sided Relationships" says this particular style of dating can certainly feel empowering as it allows daters to compartmentalize the relationship.

"It protects you; there's less vulnerability," she says.

Sooner or later, though, she says one or both partners might catch stronger feelings and want something more.

"Ultimately, what connects us with one another is being vulnerable," she asserts.

On the opposite end of the spectrum, Weber says it's also important for each partner to feel like they have their own life.

"You should feel safe and at ease in your relationship," she says, meaning that you aren't constantly worrying where your partner is and vice versa. If that's not the case, a conversation about space is in order. Failing that, it might be time to re-evaluate the healthiness of the relationship.

As for Croydon, she's still single and ready to mingle part-time.

Would you use a website to find a part-time lover? Share your take in the comments section below.