The 11 Most Attractive Things Men Do Without Even Realizing 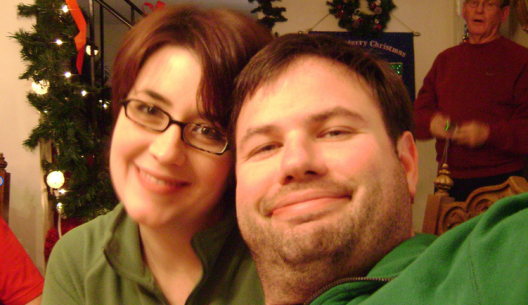 The 11 Most Attractive Things Men Do Without Even Realizing

What makes a man attractive might have less to do with how hard he tries, and more the things he does without even realizing.

That seems to be the conclusion of a Reddit thread where user porotart asked female users: "What do men do that's attractive, that men don't know about?"

The resulting comments covered everything from being kind to animals to driving a stick shift, and the majority of the responses weren't actions or traits specific to men. Our main takeaway? Small gestures matter the most.

As Tracy Moore at Jezebel put it: "It's not tough guy power tripping or dick-swinging, just small, good things that demonstrate basic good personhood: caring, passion, kindness, and using the advantages of cultural masculinity for good."

Here are the 11 most attractive things a man can do, according to Reddit users:

1. Be kind, especially to strangers. Whether that's tipping the delivery guy extra when it's raining, pulling over to help someone with car trouble or holding the door open for someone with their hands full. As one user wrote, "Catching you doing something that shows your character... sexiest thing ever."

2. Laugh out loud. Because who isn't attracted to someone who finds joy and humor in the world? For one Redditor, "Genuine, uncontrollable laughter makes me want to kiss them."

3. Roll up their shirtsleeves. Redditors love forearms, which are "the equivalent of boobs for women" and "swoon-worthy."

4. Go gooey-eyed. The way someone looks at you can be very telling. One Redditor loves "When [your partner's] eyes get all sparkly when they first see you" -- who wouldn't?

5. Speak passionately. Commenters on the thread were in agreement that the topic is less important than the way they talk about or argue for it. One user wrote: "When my [significant other] talks excitedly about anything he cares about, even if it isn't really one of my interests, it is insanely attractive to me."

6. Hold a conversation. Being able to make "intelligent conversation" is a seriously underrated point of attraction. (For anyone who needs help, there's an app for that.)

7. Concentrate hard. "I love the look a guy has on his face when he is trying to figure something out," one user wrote. No know-it-alls required.

8. Cook. One Redditor explained how watching her partner cook was a huge turn-on:

"I f**king LOVE watching my boyfriend cook. I can stand there and watch him all day long. He's bustling around, chopping veggies and putting dry rub on meats and stirring things around in a pan, all confident and sure-like. He thinks he's just making dinner. What he doesn't know is that by the time the meal is ready, after watching him be so competent and unself-conscious and focused on making the food, I want to rip his clothes off and have my way with him first, and eat dinner later. "

9. Use eye contact, "especially when there's a bunch of pretty girls around." Knowing that someone is giving you their full attention is a huge plus.

10. Be thoughtful. One user appreciates a guy "sending a text out of the blue to say you're thinking of me or sending a text in regards to something I said in passing." Forwarding an article you think might interest someone, remembering a difficult anniversary or wishing someone luck at a big meeting -- all small things that make a huge difference.

11. Hug from behind. According to one user, "It's cute, and it makes us feel safe." And who doesn't like hugs in general?

Find such a man at Fish2FishDating

View the original articles here
Posted by Fish2Fish at 16:01