The Tricky Mind Games Men Play that Any Girl Can Win

"Why do people play mind games in a relationship? Because they get something out of it, it could be gaining control, gaining security, self-esteem or self-justification. These psychological games are usually rewarding to one party and harmful to the other, often creating exhaustion and unease in all relationships.
But one important point to remember is that playing games in relationships involves two
people, not just one person victimising the other, as the saying goes "Its takes two to tango'. So resist the urge to victimise yourself or demonise another".        - Susan 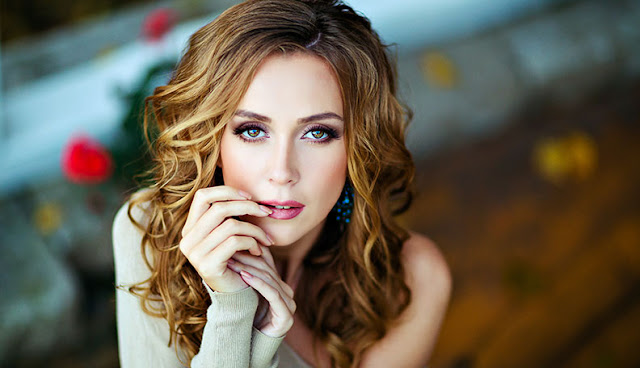 The Tricky Mind Games Men Play that Any Girl Can Win

When men play mind games, they play dirty. When girls play, they play to win. Here’s how you can outsmart men with your own manoeuvres.


Humans have been playing mind games with each other ever since the dawn of time. Mind games were used to win wars and bring peace between nations. Today, people use it to make money, build empires, and control the economy.


If only it was solely used for those reasons, then the world would be a much better place. Unfortunately, those of us who don’t see the benefits that mind games offer tend to use it for devious purposes – specifically, relationships.


No one is exempt from this transgression because both men and women are guilty of playing mind games. The motivations differ from person to person, but the goal is always the same – to win. Whatever the prize is, using mind games to acquire it never ends well.


For the purpose of this article, we will be focusing on men and the mind games they play. Men are genetically programmed to take care of women. So, why is it that they have the capacity to purposely inflict mental and emotional pain on the ones they’re supposed to be caring for? Let’s find out.

Why do men play mind games?

There are times when it’s okay to play mind games. Like when you’re doing it to save someone from a bad relationship. However, that is still up for discussion because playing mind games suggests duplicity and dishonesty.

When men play mind games to take advantage of someone, that’s where the line gets crossed. There are many reasons why they choose to play with women’s emotions, but most of them are targeted at acquiring a prize, a sense of self-worth, or the admiration of their peers.

#1 Ego-stroking. Validation is usually connected to women, but it is also an issue with men. Some men play mind games with women because it gives them a sense of power. It makes them feel wanted and adored, which, according to research, is something that men need intensely.

#2 They have a feeling of discontent. Pulling one over on someone can give a man a sense of accomplishment. If there are things in his life that he can’t resolve, he might discover that playing with women’s feelings helps him fill that gaping hole inside of him.

#3 They want to test themselves. This is similar to ego-stroking, but the purpose of testing oneself is to prove that they are capable of attracting a woman. They don’t really care what happens to the girl. They just want to see if they can pull it off.

#4 They love a challenge. This is the most common reason why guys play mind games. When a guy sees a challenge, he can’t help but do everything in his power to overcome it. They can’t wrap their head around the fact that a girl dislikes them, so they’ll opt to play mind games to get what they want.

#5 Alpha gene. Some guys have a primal personality. This is especially obvious within men who were raised in conventional families that haven’t forgotten old social norms. These types of guys will play mind games to assert their dominance and chauvinism.

#6 Gold-digging. These are probably the worst type of mind game players. Not only do they take advantage of women’s feelings, they also cash out on it. It doesn’t even have to be about money. A guy like this will use mind games on a girl for her connections, her house, or even her willingness to do anything he wants.

#7 Sex. Most guys consider this as the biggest prize when it comes to mind games. They even enjoy the game more than any of the others mentioned above. The worst part about it is that adding sex to the equation complicates things even further.

What are the most common mind games?

Here are some of the most common mind games men play. You may notice that you have fallen victim to a couple of these at some point in your dating life.

#1 The guilt trip. This is when a guy makes you feel bad about not giving him what he wants. They will enumerate the points in which you are at fault for making them feel bad or how you’re ruining their life. You’ll feel so guilty that you end up giving in to their demands.

#2 The bait and switch. The bait and switch is similar to the guilt trip. Whatever transgression your guy has done, he will flip it over and make it seem like it was your fault. They’ll get mad and trick you into making up for it by giving them whatever it is that they want.

#3 The I.O.U. This works when your guy wants something, and he’ll promise to give something better back in return. He could want money, a gift, a favor, or even a chance to do something you won’t usually agree to.

#5 The spontaneous lover. This one will disappear without a trace, and then suddenly, he’ll spring back up into the woodworks when you least expect it. He will charge his disappearance to some sort of personal problem, but he promises that he just couldn’t stop thinking about you. So, here he is now. And there he goes again.

How do you win their mind games?

It’s pretty easy to pull one over on the guys that love playing mind games. Women invented most of those mind games, after all. Do guys seriously think they can get away with it? Here are some tips on how you can spot a mind game player and how you can change the game.

#1 Instinct. This can save you more times than you can count. Our instincts are borne out of a primal defense mechanism. We know when we’re in danger, and we should always acknowledge that. If we can’t get out of a situation, we should always be wary of what’s happening around us. This is especially important when you encounter a guy who loves to play mind games.

#2 Self-worth. Women only become susceptible to mind games when they are vulnerable. The most common victims are women with self-esteem or abandonment issues. Players can sniff out these types of women, so you better start appreciating your worth, or else a man who plays mind games might take what’s left of it.

#3 Never be complacent. When you see that your guy is taking advantage of you, don’t humor him. Don’t give him anything that he doesn’t deserve, and never compromise yourself or your beliefs just to please him.

#4 Call him out. When you see that a guy is playing the tricks we mentioned above, don’t hesitate to call him out on it, even if it’s not true. If he continues to guilt you, he’s playing you. If he keeps promising you something he never gives, he’s playing you. Tell him you’re on to him and that you won’t put up with his bullshit.

#6 Pace yourself. The only way to spot a mind game player is by taking your time. Let them show their true colors along the way. A guy who plays mind games won’t stay long when he’s not getting what he wants.

#7 Never offer tangible resources. Do not allow your partner to use any of your resources, whether it’s your money, your car, or your house, unless you’ve been together for a long time or you genuinely trust him. You need to go through the motions of the dating process using each other’s resources, or else one or both of you will start being dependent on the other.

#8 Rise above it. If you catch your man playing mind games with you, don’t try to get back at him. It might feel good for a while, but the pain of his betrayal will still be there. It won’t even matter because a player will not care about anything that you do.

They can just shrug it off and find their next victim. You’re better off using your energy to move on and heal yourself from the pain that this toxic relationship has caused.

Mind games can be taxing on the people involved. It’s unnecessary and cruel, as well. If you want a person to care for you, you should be honest instead. The direct approach is more effective than the duplicitous methods that mind games have to offer.