"Take up with a bad boy and you  are signing up for endless conflict and a long-suffering relationship.  Bad boys make bad dating partners, they will not change unless they want to, unfortunately most women learn this the hard way.  Why put yourself through all that stress, there are lots of sincere men out there".        -     Susan 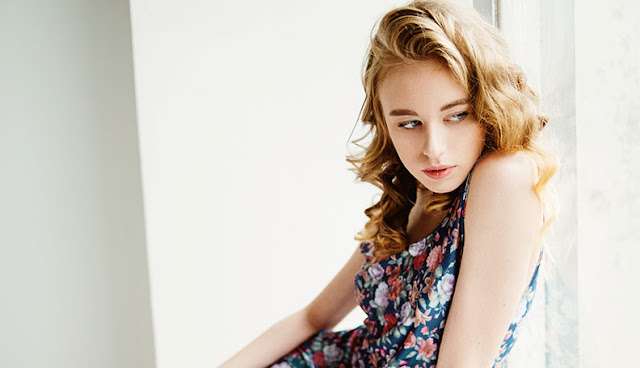 Everywhere I went, men were falling at my feet. I was the “heartbreaker,” and I was about to get a huge lesson in humility from a bad boy.

I was at an all-time low.


I was in my early 20s, and my life was not turning out how I’d imagined. While I was never the girl who thought I needed a man to complete me, I’d been single at this point for over 4 years, and I was going crazy. I’d never had a short-term relationship before, never “dated” to the real meaning of the word. To this day, I’ve only ever kissed 4 guys. I prided myself on that – on never having “throw-away” relationships.

I had also had a reputation of being incredibly picky with men, with plenty of opportunities to exercise my choosy nature. Everywhere I went, I felt like men were falling at my feet. Things had been this way since I was 14 years old. I was the “heartbreaker,” and I was about to get a huge lesson in humility.

I came across a bad boy through a friend of a friend. We had hung out a couple of times the year previous *I much later found out he had a girlfriend during that time. Charming, no?*, and then went incommunicado for almost a year. He texted me at random one day, and we began hanging out. Aside from being physically attracted to him, I wasn’t interested in the slightest. He didn’t seem very smart or very likeable, yet I kept coming back for more. Why?

There are several draws to a bad boy, none of which are good, in hindsight. Yet while you’re in the moment, these aspects of bad boyhood seem intoxicating. He’s troubled, he’s attractive, he’s unattainable, and he’s all over you.

#1 He’s incredibly attractive. Something about those bad boys just screams charm and good looks. While I’ve never fancied myself shallow, this was the most attractive guy I’d ever met. He had these broad shoulders and the most perfect hair I’d ever seen. The bad boys are often the hot ones, so watch out, ladies.

#2 He didn’t seem interested. “I guess he didn’t care, and I guess I liked that” is a line from the Taylor Swift song “Trouble,” which seems incredibly relevant here. Call it typical, call it a stereotype or psychological game, but ladies, this game is addictive.

I’d never had a problem with having my pick of the litter. Men would seemingly fall in “love” with me at the drop of a hat. Then I met Mr. Bad, and couldn’t tell if he was interested at all. We kept hanging out, everything seemed “date-like,” but he never flirted with me, never complimented me. This guy was either a player, bad at dating, or gay.

Yet for some reason, in my depressed state, I kept coming back to this guy. My self-esteem was already so low, I knew I had to conquer him. I didn’t even like his personality. Instead, it became this game where I had to get him to like me. I had to win, even if I didn’t actually want him. He was such a jerk, I just had to be the one to come out on top.

#3 He’s troubled. The sexy ones always are, FYI. Bad boys usually have some trouble in their lives. In my past relationships, the closest I came to being with someone “troubled” was dating a guy who smoked pot a couple of times. He was also vegan, graduated University with a promising future as an English professor, adored his parents, and kept high grades. A real rebel, am I right?

Mr. Bad, however, was a real case of emotional drama. His parents had issues with lying that clearly messed him up from a young age. He was a raging alcoholic. And he selfishly treated women the same way he did when he was 15 years old – like they were nothing.

The result of dating a bad boy


On the bright side, I learned a couple of things while I was dating the bad boy I managed to “conquer.”

#1 You get screwed over. While my bad boy never cheated on me, he did some incredibly strange and painful things during the course of our relationship. It became increasingly evident that while he claimed otherwise – he did not love me. And I didn’t love him.


He wasn’t normal. He didn’t respect my parents and refused to meet them. He hated that I had friends who weren’t him, and made social outings *probably purposely* a nightmare, so I would never make him go to anything ever again. When it came to his family outings we always had to go, of course.

#2 Psychological abuse and severe self-doubt. The ring-around-the-hell-hole I played with this man started to feel like emotional abuse. I used to think he was just a jerk when he was drunk, but I quickly learned that no – he was just a jerk, period.

One night, I sat home sobbing in my bedroom, wondering how in the world I was going to leave him and take back my dignity, and my mother brought up a fantastic question. “What do you like about him?” she asked. I just stared. For the life of me, I couldn’t think of an answer.

We had nothing in common, I had come to resent and loathe being with and around him, and he didn’t even treat me well. I knew what she was getting at – I liked being with him because it meant I wasn’t alone. Had I become a pathetic talk show subject?

#3 Pain that lasts forever… or at least, for a couple of years. I was always the girl who knew what I wanted, knew what I was worth, and knew what I deserved. I was the type who scoffed at other girls for not having enough self-esteem to leave their a-hole boyfriends, obviously never imagining I would be stuck with one.


It’s so much easier to judge when you’ve never been put in such a situation. To this day, I still look back on things that happened between us and question my own self-worth, my intelligence, and my appearance. Don’t let that happen to you.

My advice to you

If you’re thinking of dating a real bad boy *and not the “bad boy” vegan guy I had dated back then*, here’s what you should keep in mind.

#1 He doesn’t love you. About a year into our relationship, I realised that my boyfriend didn’t love me. He loved having a girlfriend. I play the guitar, I have been in radio plays, I went through college, I have a colourful family, and a YouTube channel – and he never asked about any of it. Ever.

If your guy doesn’t care about who you are, throw him to the curb because he never will, and you are way better than that.

#2 Staying single is better than being with someone who lessens who you are. You’re either going to be miserable alone, or miserable with someone else attached to you, and believe me, it’s much better to be miserable and single. Keep holding out for the kind of guy who would move mountains just to be with you.

#3 You’re worth it. Yeah, it sounds like a “Rah-Rah-Rah” mantra, but it’s true. My experience with a bad boy reminded me that I’m worth more than being somebody’s sidekick. I deserve to be somebody’s partner, and so do you.

If you are the type of person who prides yourself on not being a “stupid girl” *you know the type*, then your experience in dating a bad boy will scar you forever. When you think back on all the ridiculous things you let your hot guy get away with, you will cringe, cry, and seethe with anger.

These feelings will likely always be in the back of your mind somewhere. Let them be a reminder to you to never be so stupid with men again.

The charm and appeal will amount to nothing once you realize what kind of person the bad boy really is. Save yourself the trouble, and choose a guy who will give you love and respect, not problems and tears.