Men Spend More Money On Girlfriends Than They Do Wives, Survey Shows.

"Interesting,   I wonder how the survey would have turned out if taken from the 'girlfriend to wife' perspective?


Surely all that matters is that somebody took time out to buy a gift for their loved one, that has to be worth more than the cost".      -  Susan 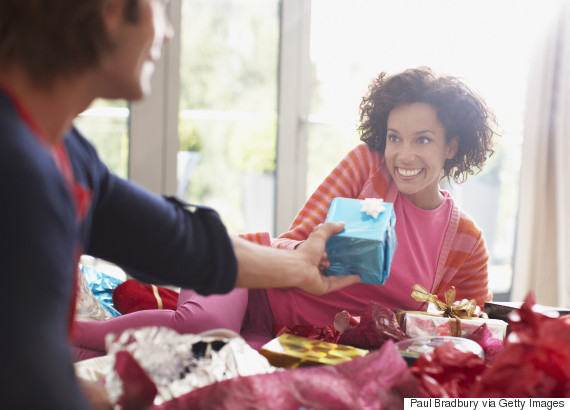 Men Spend More Money On Girlfriends Than They Do Wives, Survey Shows

Women can kiss expensive gifts goodbye once they're married, as new research shows men spend more money on girlfriends than they do wives.
The survey of 2,000 men also found that girlfriends enjoy more nights out and receive more romantic texts and emails than wives do.
In fact, men spend a whopping £2,200 per year on their other half before marriage, compared to £1,900 after they've tied the knot.
The research of both married and dating men shows that the thrill of the chase leads to guys spending more on sexy lingerie, jewellery and romantic weekends away.
On average, married men spend roughly £290 on jewellery each year for their wives while men with girlfriends fork out £350.
The value and frequency of flowers received by girlfriends also far outweighs the amount ordered for women after marriage.
Men buy their girlfriends flowers twice a month with £25 spent per bouquet. Meanwhile husbands spend £19 per bouquet once a month for wives.
The amount of romantic texts and emails men send also decreases dramatically after the wedding – 20 a month for wives and 49 for girlfriends.
Men also organise "dates nights" three times a month for girlfriends but just once a month for wives.
While the study, which was carried out by Quidco, does paint an interesting picture, it's worth noting that the end of expensive gifts doesn't necessarily mean the end of romance.
Most people in long term relationships will be familiar with cutting back in order to save for an annual holiday together or home improvements - something the survey doesn't consider.
You're also far less likely to be sending multiple texts to a loved one when you're living with them than you are when you're dating and living apart.
Quidco spokesperson Vix Leyton commented: "To give men the benefit of the doubt, it could at least partially be due to the fact that those in the early stages of love are more prone to grand, impulsive gestures – that aren’t always in step with what men could normally afford.
"Marriage is more about partnership, and common sense tends to kick in when you know you’re in it for the long haul, with joint treats like holidays taking a more central role over flashy tokens."
Worryingly though, the stats also revealed most men stop trying to impress their other half after seven years together, proving that the infamous seven-year-itch might be a thing after all.