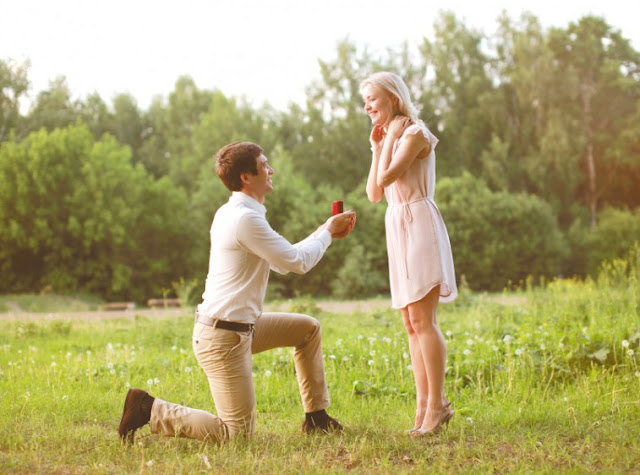 As surprising as it may seem, not everybody wants to get married. There are certain types of people who are not marriage material because they will never make great, dedicated partners. If you have reservations about your partner, it’s best to address them now to save yourself from heartache down the road. Sadly, so many of us marry these types of people anyway (the ones we have reservations about) and find out later, rather than sooner, that we shouldn’t have married them to begin with. Sometimes, you just have to go with your gut.
Maybe more of us are listening to our guts and opting not to marry those who we know aren’t really marriage material. According to Pew Research, as reported by Time, 25% of millennials will never get married, and the research organisation predicts that more and more folks under the age of 35 will be single forever. So why aren’t people getting married anymore? According to the data, there are three main reasons people gave for their singleness: 30% say that they haven’t found the right person, 27% say they aren’t financially stable enough, and 22% say they are not ready to settle down.
Worried your partner might not be marriage material? Here’s what to look for.
1. The Flake

This is someone who seems to weave in and out of your life and is never really able to commit, even though your chemistry is undeniable. It would be really hard to nail this person down. Author Brenda Della Casa ofCinderella Was a Liar: The Real Reason You Can’t Find (or Keep) a Prince speaks about this kind of person, both male and female. “They might tell you to be patient or to ‘trust’ them, but you’re probably feeling more anxiety than butterflies,” she says. “You have an instinct for a reason and it’s OK to trust and protect yourself in relationships. Those who want to be with you will make adjustments and those who want to be with you out of convenience will fall by the wayside when you set strong boundaries in place.”

You’ve been dating for two weeks and you already feel like you’re being overwhelmed. It’s not a good thing when one party dives into the relationship too soon — things take time to develop. Amy Van Doran, New York City-based matchmaker and founder of The Modern Love Club, breaks down this type of person: “What’s the rush here? If it’s real, you are not going anywhere. This excitement is less about you, and more about their insecurities and who they are as a person,” she said.
“It’s a red flag when they are too effusive with their words and their actions before they get to know you as a person. The second you share their excitement, the whirlwind has already passed and they are onto their next romantic conquest. Time is the best indicator for who a person actually is.”

Your romantic partner should be supportive and at least indulge in listening to whatever your gripes are. If you’re getting the sense that your partner doesn’t care or is not being totally supportive, it may be time to reconsider the relationship. Dating coach Jeffrey Platts explains: “This is really about all forms of giving.”
He adds: “Is he generous with his compliments? Does she listen to you when you’re having a rough day? Overall, do you feel that he or she is your absolute biggest fan and cheerleader? And just as important as giving, are they able to pause and fully receive whatever you’re giving? If not, what’s the point? It takes a healthy self-esteem to openly give or receive an expression of love or support — and you need that in a partner.” 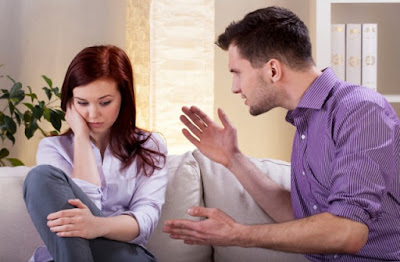 Your partner is not supposed to be critical of you, and is supposed to accept your flaws and weird habits as part of you. Critics are only concerned with what they want and how they want you to change in order to fit that mould of their “ideal” you.
“Initially, their stubbornness and convictions might seem attractive — it’s hot when someone knows who they are and what they want,” said Julie Nguyen, a matchmaker at The Modern Love Club in New York City. “Those qualities start to turn ugly when you realise there’s no room for what you want. These critics demand things to be done a certain way, their way. Real relationships are negotiated by compromise, empathy and the capacity to want to understand where the other person is coming from.”

You may think that having a partner who agrees with you all the time and never fusses over anything and allows you to take the lead with everything is the equivalent of discovering lost jewels in the pyramids of Ancient Egypt; you’ve really hit on something undiscovered and rare. However, Nguyen says you want a partner who is willing to compromise, not someone who sits on the sidelines and agrees and allows you to lead on every decision you make as a couple.
“Instead of delving inwards, this type of person intensely picks up your hobbies, follows your passions and does whatever you want to do,” she explained. “In the beginning, it’s easy and flattering to have someone like you without much effort. However as the relationship progresses, it becomes unfulfilling when you start to realise there’s no challenge in the partnership because the other person has nothing else to offer. You need a partner, not a sidekick.” 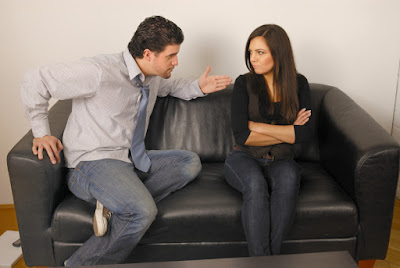 The narcissistic partner requires you to do things his or her way at all times. It would be a long, tedious life with someone who has this particular quality; this is a trait you should avoid when looking for a long-term partner, Della Casa said.
“This is someone who has the inability to empathise with those around them,” she said. “Think about being in a relationship with a narcissist for a minute: Any time you’re hurt, need support or count on them to consider how you might feel — they won’t be there for you. No real understanding, no sincere apologies, no consideration. That’s definitely not the relationship you want.”

Although you can’t write someone off for being in the middle of a career change, you can if they’re constantly hopping from job to job. Whether due to getting fired or quitting, it can signal a much larger problem, says Della Casa.

“It showcases an inability to make a long-term commitment to something and also gives some insight into their value system,” she said. “Whether their movement stems from a sense of entitlement, a lack of self worth or an inability to work well with others, that negative behaviour or trait will ultimately find its way into your relationship.”
8. The Over-Reactor

All couples fight. In fact, disagreements can sometimes show that you care about the relationship. The problem arises when one partner over-reacts and doesn’t fight fair, flipping out at the first sign of a disagreement. “Both partners need to have to the emotional skill of hold space for the other’s feelings and perspectives,” says Platt.
Platt adds: “It’s a big red flag if the person blows up at the first sign of fight and threatens to end the relationship. Our emotional triggers are opportunities to explore our emotions and grow closer, not automatic reasons to question your compatibility or the relationship. The question to ask is: ‘Do I feel safe to express myself, even during the heated and stressful moments? And does my partner feel the same?’ And if the answer is no, find out why.”

Having a life outside your relationship is both healthy and essential; you shouldn’t be dependent upon your partner for everything. However, if your partner drops hints that he or she doesn’t need you, that is your exit cue, says Van Doran.

“The truth is, a little dependency in a relationship is not a bad thing,” she said. “All humans crave connection and a relationship, it’s an innate need for people. The overly independent person might say that they want a relationship but won’t actually make the space in their life for two people. No matter what, you can’t fit in because they won’t let you get closer. The more you need… the further you push them away. Ultimately, you don’t want to deal with that kind of emotional distance in a relationship.”