."Many men have females as their best friends, I think its because they find us easier to talk too and of course we do listen.  Is this the case with you? and it bothers you, try taking time out to get to know her, become her friend, you might find that you like her.  Also remember if she was his friend before you came along  perhaps she is also feeling threatened  about maybe losing her friend.
Ultimately if you feel that there is something more than friendship going on then why not ask them both outright, their reactions will say much more than words. What is the worst thing that can happen?, you might end up with egg on your face, but at least this might leave you  feeling  more at ease with their friendship. On the plus side they might then become more aware of your feelings and include you  more within their friendship.
However if this fails and your fears and feelings escalate,  just be aware that all relationships involve both costs and rewards.  If your rewards do not outweigh the costs of being with your man then perhaps its time for a change of man."
- Susan Watts 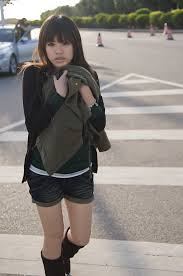 Just because your boyfriend has a female best friend it doesn’t mean that something shady is going on. Don’t stress, don’t jump to conclusions, just give it time and see what happens.


Calm your fears of other girls in his life by befriending them. Get to know them on a personal, one-on-one basis. Have brunch.

If you’re not comfortable doing the one-on-one thing just yet, invite her to hang out as a group. With you, your man and some of their mutual friends. This is a great opportunity to have a chance at observing the way she acts around your boyfriend.

Decide whether or not you actually trust your boyfriend. Your relationship with him is not about other girls in his life, it’s between you and him. If he doesn’t agree, then maybe you haven’t found the right one
`

Take a second, step back and take a deeper look at yourself. Why is it that his female fried bother you? Unless they’re being completely inappropriate, it might just be you. Jealousy and insecurity go hand in hand. Have a talk with your man and open up.

If one of your boyfriends friend's is of flirtatious variety, you might want to address this. Not all of your suspicions are necessarily rooted from insecurity. Talk to your man about setting friendship boundaries and go from there.

Take some time and study their friendship. If it appears completely platonic and your boyfriend considers her to be “one of the guys” then your worries are misplaced.

Women want to see things happen immediately, but most things take time. If you already discussed your worries with your man then give it some time for change.


Stop trying to draw up an intricate plot at ripping these two apart. It’s not only immature, but it will likely backfire. Be open, be honest and trust your boyfriend to do the right thing.

To branch of on the immaturity – no ultimatums, please. These “it’s her or me” conversations are ridiculously immature and usually end in a fight. Be mature and have an honest conversation with your man instead.


Previous articles:
Love: Rethinking What Men And Women Want In A Part...
6 Plastic Surgeries for Men That Prove Humanity Is...

8 Great Reasons Online Dating is Worth a Shot
11 Things Guys Secretly Do With Their Penises
How Do You Avoid Getting Too Attached Too Quickly?...

Email ThisBlogThis!Share to TwitterShare to FacebookShare to Pinterest
Labels: become allies, boyfriends other girlfriends, dating advice, do you trust him, fish2fishdatring.com, insecurity, manipulative, no ultimatums, reflect, relationship advice, study their friendship, talk about it