How to Tolerate Criticism 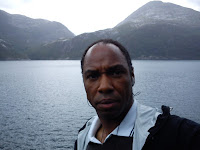 "Criticism is one of those strange things that can really grind our gears in the realm of our human emotions. It is strange when you really sit and think about it. Consider these two scenarios: 1. Someone calls you something that is blatantly not true... like you Green Spotted Martian or something else that is so far out like that. or 2. Someone calls you something much simpler like a big Loser! The second scenario is likely to have more impact on a lot of people as it is easier for us to see ourselves being close to that label in some area of our lives that makes the criticism true in some way. It's that small possibility that causes the words to sting. The first is just so far off the radar you can in no way identify with it at all."

But to know how to deal with this kind of thing read on...

How to Tolerate Criticism

Some people find it very hard to take criticism, however well intentioned, accurate, helpful or mild. Often, it may not be any of these; it may be clumsy, ill-timed, inappropriate, but the problem that arises is the same: - the partner's reaction to the criticism is hugely out of proportion to the criticism itself. It is experienced as an attack on the very core of the personality itself, as if it has got under the skin and burrowed deep into the soft core of shame and rage that hides beneath the protective shell that encases and protects it.

The retaliation is, therefore, experienced by the innocent (or not so innocent) other as grossly out of proportion, but to the thin-skinned partner who struggles to tolerate any criticism at all, his/her retaliation is directly in proportion to what he/she experiences.
What is the experience? For some, the ones I am writing about here, the experience is that of being under psychic attack, as if the criticism has attached to it a malignancy intended to inflict maximum pain and is intended to be felt as deeply cutting and cruel. Upon reflection, over the next few hours, the injured partner can usually process the criticism as being somewhat justified and can usually acknowledge that his reaction was greatly exaggerated. But the harm has been done to the relationship; another evening ruined; another couple left feeling hurt and bewildered at the suddenness and ferocity of unexpected and unintended consequences.
So, how can we learn to tolerate criticism more helpfully? When stung by it, we can, even as we wince under the perceived assault, consider whether or not it is justified, and then to what extent is it justified, and then to what extent our reaction is in proportion, and then look back at our history of experiencing criticism. Do we have a history of being thin-skinned? Often, this process of self-reflection provides enough pause to allow the sense of outrage or deflation/dethronement to subside enough for us to say "Yes, fair enough, I got that wrong."