"Sharing expenses in a relationship with either your partner, spouse or flatmate can be difficult to get right. There are several different options for working out the fairest way to do this, one being to pay for all personal things yourself and then to split all other bills 50/50".          - Susan 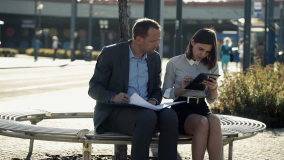 
There's no romance in joint accounts, but couples can embrace each other's finances without sacrificing their independence


MOST people in their 20s or 30s already know that love and money don't mix. It's all very well falling for someone's unworldly charm, but it's considerably less romantic two years on when you want to buy a house and your partner refuses to save any money or think beyond next week.

Fiona Price, managing director of independent financial advisers Fiona Price & Partners, says she tells clients that being open about money is as important as all the other intimate details you reveal to your partner. "It's very sensible to know what's in your partner's bank balance," she says."You should assume that your relationship is going to work out - but if it doesn't, you should be able to walk away with some financial independence."

Being open about money doesn't mean you have to agree every transaction with your partner, and you shouldn't sling out your separate current accounts along with your single status. Independent financial adviser Christine Ross, director of Willis National, says: "A lot of people keep one bank account separate; you don't want to know how much your partner spent on your birthday present."

Ms Price says the key to avoiding disagreements about who owes what is to have a joint account for bills and other expenses. Add up how much you'll need to put in the kitty each month and each agree to pay a fair percentage. "Quite often what causes problems is that a couple put in 50 per cent each, taking no account of the fact that one earns more than the other," says Ms Price.

Banks can be unenthusiastic when couples set up a joint account that is dedicated to paying bills, especially if the current accounts are held elsewhere. However, the Co-Op Bank's Pathfinder is a savings account that lets you set up standing orders and direct debits for all bills, and you also get Visa/Delta cards. It's also useful for any joint short-term savings you may want to make: interest is paid at 2.5 per cent up to pounds 2,500, and up to pounds 5,000 earns 4 per cent gross.


Many married people like to keep their building society or bank savings separate from their partner's, if only to give an illusion of independence. But if one of you is a 40 per cent taxpayer and the other isn't, it does make sense to put savings in the lower- earner's name to save tax.

The picture is different if you aren't married. "There could be a hell of an argument if unmarried people split up after having set up joint savings," says Ms Ross. "Remember that when you have a joint account, either partner could draw out all the money." A good compromise are the "linked" savings accounts offered by Direct Line and Standard Life. You both have separate accounts in your own names but all the money is pooled for interest calculation, so you get a higher overall rate.

You are especially vulnerable if you've moved in with a partner but have no official share in the house. Even if you pay half the mortgage, you have no automatic rights. "There's no such thing as a common-law husband or wife," says Ms Ross. "The burden of proof is on the person who doesn't own it to prove they've contributed."

Married people benefit to an extent from the married couple's tax allowance, currently worth pounds 274.50 a year. If you're getting married in the near future you'll need to ask for form 11PA to claim the money, all of which automatically goes to the husband unless you ask for a different arrangement. (Be warned: deviating from the "norm" involves a lot of complicated form- filling. The Inland Revenue seems unable to cope with the idea that a wife might fill in the claim form.)

Finally, everyone in a relationship should make a will. If you die without making a will and aren't married, your partner will keep any assets in joint names (such as the house) but may have to fight the family for a share of the rest. It's not so bad if you are married: if you haven't got kids, the surviving spouse will automatically inherit everything up to pounds 200,000. Anything above that has to be shared 50/50 with the dead spouse's parents and siblings. In Scotland the survivor gets slightly less.

1. Leaving all the finances to one partner to sort out. This is unfair and leaves the financially ignorant partner vulnerable. If your relationship were to end, would you know where to find all the relevant documents and do you know where all the money is invested? (If your relationship is in trouble you should find out and, nasty though it sounds, photocopy everything.)

2. Taking out "joint life" policies. Joint life insurance, such as term assurance to back up a mortgage, is cheaper but it makes more sense to keep separate policies. Given that more than one in three marriages ends in divorce, taking out a joint endowment policy can be disastrous. If you split up, one partner may not be able to afford to buy the policy outright and you'll end up losing money when you surrender it or sell it. Better to buy two policies. If you split up, you've both got something to show for it.

3. Paying unequal shares. If you earn more than your partner, consider whether you shouldn't pay more towards the house and bills. Not being fair breeds resentment.

4. Keeping secrets. By all means keep separate current accounts, but if you share a bathroom with someone, shouldn't you be ready to let them see your bank balance?

5. Being at odds over spending. There's no cure for this one. If you are pounds 2,000 in debt on credit cards and your partner searches behind the sofa for a missing 10p, you are financially incompatible. You can work at it - and it can be fine when each partner helps to curb the other's excesses - but don't bank on it.

Email ThisBlogThis!Share to TwitterShare to FacebookShare to Pinterest
Labels: bank account, dating advice, financial independence, fish2fishdating.com, love, make a will, money if you love her share the bills