"I have learnt something today and yes realisation has hit me, I have been ghosted. Many many years ago a good friend of mine who I used to meet at least twice a week just stopped all communication with me.  At the time I was hurt,  and put it down to the fact that she had a new man in her life who maybe didn't want her to have her own friends. How did I get over it? I told myself that it was her loss, true friends are not always easy to find and she discarded one".                                 - Susan 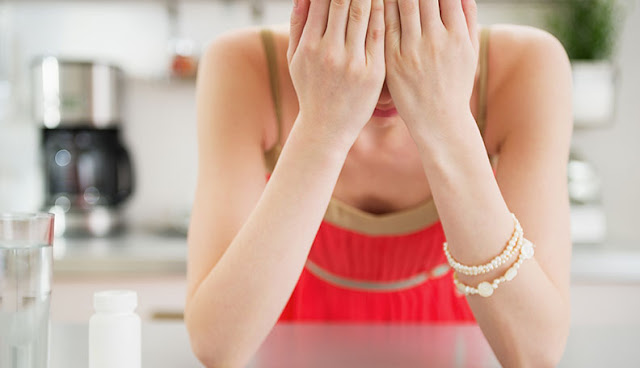 Are you someone who has a tendency to get ghosted without even realizing it? Here’s how to know if this is you, and the different ways to deal with it.

Getting ghosted can be one of the most frustrating things on the planet. But first, what really is ghosting? For those of you who are unfamiliar with this term, other than it being used around Halloween time, I’ll break it down for you.

Ghosting is when you abruptly and suddenly cease all forms of communication with someone who you are currently dating but no longer wish to date. This is performed by people who dislike confrontation, and are hoping that the person they are seeing will just “get the hint” and back off.

Yeah, I know. It’s harsh. And it really does suck for people that it happens to, for a number of reasons. It offers no reasoning, no closure, and leaves the victims feeling confused and insecure. But it does happen quite often, and it’s always relieving to know if you’re really being ghosted or if someone is just busy.

I have personally never been ghosted. Maybe it’s because I’m just too annoying and eventually the guy has to just tell me what’s going on so his phone will stop blowing up. I’m not really sure.

However, a lot of my friends have, and I’ve watched them sit through each of these signs.

5 Clear signs that you’ve been ghosted

It can seem pretty obvious that you’re being ghosted, but there is a way of ghosting someone that can be so subtle, you won’t even know that you’ve slipped into the trap. With all of the hell my friends have been through, I’ve figured out 5 ways you can tell if you’re being ghosted for sure, and another 5 ways to deal with it.

#1 You receive zero communication from their end.

So you’ve texted them a few times and even called here and there and have received silence, yet they’ve been on social media and you know they saw your texts. Maybe they’re busy, but if it’s been a couple of days and you haven’t heard from them once, then chances are, you’ve been ghosted.

#2 You were deleted from any and all social media.

If you two have been seeing each other, odds are that you’re friends on social media. This one is tricky, because it could happen before or after the actual act of ghosting.

If by chance you find yourself missing their posts from Facebook, Twitter, or Instagram, and you decide to investigate and you are no longer their friend, then you may also find yourself absent from their recent contacts list. Your “date” is most likely winding up to ghost you officially.

#3 They don’t show up to the plans you make.

If you’re making all sorts of plans with them and then finding yourself sitting alone at the bar, mini golf course, or even at a nice restaurant, then you’re being ghosted – something that is traditionally known as being stood up. They don’t want to take the time and tell you that they can’t show up, because then they would have to make up an excuse and blah, blah, blah. They find ghosting easier.

#4 They use the excuse of always being “busy.”

This is a much more subtle sign that you’re either currently being ghosted, or you will be ghosted very soon. When your texts and calls always go unanswered, only for them to reply with, “Sorry. Busy,” then you’re definitely getting ghosted.

They don’t have an actual excuse for why they haven’t gotten to your messages, so chances are, they aren’t busy and they just want you to get the hint. Don’t be surprised if these “busy” texts turn into no replies at all – the true sign of being ghosted

Have you been mid-conversation with the person you’re dating *via texting or messaging, usually* and they can’t seem to keep the conversation going? Do they just cut you off, or reply with vague agreements?

Alright, so if you’ve been ghosted, how do you deal with it?

If you’re one of the unlucky few that have been ghosted and now have to deal with it, then you don’t have it very easy. It can be hard to accept the fact that someone would rather just cut off all ties and have no further contact with you than to just have a conversation that would end things.

5 Ways to deal with ghosting without losing your mind

We have put our heads together and come up with 5 ways that will make dealing with this a lot easier.

And that’s okay! Accepting this will make getting over it a whole lot easier. Just shrug it off, don’t try to contact them, and you will be just fine. The first step in anything is acceptance, right?

#2 Realise that they’re not worth it. And by “it,” I mean any negative emotions you may be feeling. If this person doesn’t even have the decency to break things off with you in person, then they’re not worth your time. Not to mention they couldn’t even lamely break it off over the phone either!

People who ghost are people who don’t have any regard for dealing with other people’s issues or feelings. Those people will not be a good fit in your life anyway, and they’re not even worth the wasted mascara, over-consumption of ice cream, or the anger that comes with them.

#3 Look at is as a positive. They did you a favour! Obviously, if someone is ghosting you, then they have a serious problem facing confrontation of any kind. This is a great thing for you to realize as early as you have!

What would happen down the road if the two of you got into a relationship and then into an inevitable fight? Would they just lock themselves in the bathroom or run off to the bar and just ignore you until they think the problem is resolved? You shouldn’t want to be with someone like that, anyways! So by ghosting you, they have done you the favor of breaking it off before you had to.

#4 Stop trying to get a reply out of them. Better yet, just delete their number all together. And if they haven’t already deleted you from their social media, then beat them to it. In order to deal with being ghosted, it’s best to just cut yourself off. Don’t go around texting and calling them all the time. Don’t call them out on social media either. Just leave them be and move on!

Being ghosted can be tricky to spot, and even harder to deal with. But if you use the tips above to identify it first, you will also be able to deal with it and move on!

Email ThisBlogThis!Share to TwitterShare to FacebookShare to Pinterest
Labels: accept it, dating advice, end conversations, excuse of being busy, find someone else, fish2fishdating.com, have you been ghosted, lovepanky.com, zero communication