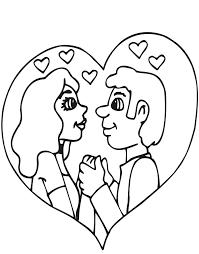 Men really are capable of the most atrocious behavior, aren’t they, er, we? On behalf of my gender, I apologize.

I’m assuming it’s largely men who perpetrate the romance scams that I wrote about last week. Authorities say the scammers work out of West Africa, whence they often imitate U.S. servicemen on online dating services and Facebook, hunting for women whose wallets they can winkle open.

I heard from several readers who encountered such scammers. One said she was on an online dating site two years ago when she “met” two men who said they were Delta Force guys serving in Afghanistan. “When the second used almost the exact wording as the first, I copied and pasted it into a search engine to discover that pretending to be overseas in some type of special forces unit is a commonly used and known scam,” she wrote.

A 73-year-old reader from Woodbridge, Va., met a man online at Meetup.com. He said he lived near Dulles Airport and even mentioned a favorite restaurant nearby. “Weeks passed as we exchanged e-mails, some rather risque,” she wrote. “We even talked on my cellphone number.”
The man explained that his job involved shipping construction equipment around the world. He was on what he said was an emergency trip to Amsterdam when his shipment was held up in customs. “Lo and behold, a call came 16 or so hours later,” my reader wrote. “His wallet had been stolen and he needed $1,300 for lodging via Western Union.”
Her offer to call an Amsterdam hotel and pay for two nights of lodging by credit card was refused. The man wanted cash. Scam!
“I’ve learned a valuable lesson,” she wrote. “Never give out your e-mail, phone number or address to anyone you have not met face to face. And when you do meet, make it a public place.”

Barb Sluppick lives outside Branson, Mo., and has been following romance scams for as long as anyone. In 2005, she was sitting at her computer when a stranger popped up on Yahoo Messenger. He said he was an English businessman living in Phoenix but working in Nigeria. They flirted online for three weeks, at which point the man said he wanted to come visit Barb but couldn’t cash a check. Could she front him the money?
When Barb said no, he called her on the phone. She asked why he seemed to have a Nigerian accent, not an English one. “He said he got it from living there for a couple of months,” Barb said.
Barb didn’t fall for the scam, and in 2008, she started what became www.romancescams.org, an online resource for victims.

In the years since then, scammers have gotten more sophisticated. They work in teams, perfecting their online patter, responding to cues they glean from would-be victims, love-bombing them in a manner that approaches brainwashing.
“One of the big fallacies people have is that if you don’t have money, you’re not going to get scammed,” Barb said.
But, she said, scammers can take advantage of victims in different ways. Since many U.S. retailers won’t ship to countries in Africa, scammers purchase items with stolen credit-card numbers, have them delivered to their victims and supply shipping forms to send the merchandise on. How will you explain to police why a flat-screen TV paid for with a stolen credit card was sent to your house?
Some scammers actually send money and ask their victim to set up a bank account with it.
“The problem is, they’re basically laundering money,” Barb said. “They’re stealing money from someone else. The person who opened the bank account is the one left holding the bag.”
Criminals have another tool up their sleeves.
“If I had one thing I could tell everybody, it’s keep your webcams off and your pants on,” Barb said. “You wouldn’t believe the people who will get on a webcam with a scammer and disrobe.”
Some do more than disrobe, if you know what I mean. Barb said scammers then threaten to release the video to friends and family of the victim unless blackmail money is sent.
On her Web site, Barb has info on how to spot a scammer. One useful tool is to learn how to do a reverse image search. Plugging in a profile photo may reveal multiple phony accounts using the same picture.

If you’ve been contacted by a scammer, you can also file a complaint with the Federal Trade Commission. Visit www.ftccomplaintassistant.gov and click on the “Other” category. The State Department also has information. Go to www.state.gov and search for “international financial scams.”
I asked Barb whether people could protect themselves simply by being more skeptical.
“It’d be nice if we were more skeptical,” Barb said. “But our lives are based on words. Words are powerful. If they’re good words, they’re even more powerful. . . . Everybody likes to hear positive things about themselves. The scammers are very good at doing that.”
Barb said victims are often demonized. “They get so much flak. They’re blamed for what happened: ‘You deserved this. You were stupid and fell for it.’ When in reality that’s not it at all. These scammers are very, very good at what they do. This is their life’s calling.”
They’re so good that even admonitions like “never send money to someone you don’t know” don’t always work.
“As far as they’re concerned, this is a real relationship,” Barb said. “They feel like they know this person. That warning just kind of goes over their heads.”
I asked Barb whether she ever found that special someone.


“To be honest, I’ve been so busy the last 10 years I don’t have time for a relationship,” she said. “Nobody’s going to sit still for me spending all day on the Internet helping people.”