1. It helps you get acquainted with your orgasms.
If we were to compare sex to an ice cream sundae, orgasm would be the cherry on top. And while failing to reach that end certainly doesn’t discredit the experience, it can leave you craving something more. Masturbation is an easy way to get acquainted with your orgasms, and more importantly, where to locate them. Of course, some people have an easier time finding their pleasure centers than others. It’s not like guys have to go digging to find their sex organs (unless of course, they’re looking for the pleasurable prostate, but more on that another day). Women, on the other hand, do. But just as the trip to the liquor store gets shorter once you know the route, orgasms become easier to attain the more time you spend looking for them. There are certain things in life we like to leave to chance. When and how you experience orgasm doesn’t have to be one of them.

3. It can work as a sleep-aid.
Having an orgasm is a great way to relax. That’s what makes it such a perfect note to end the day on. But while most of us can relate to that feeling of post-pleasure laziness, not all of us have the science down to explain it. And that’s okay, that’s what the Internet is for.  Shape magazine reports that the hormone prolactin is released in the brain following climax. This not only leads to a refractory period after orgasm, but an increase in drowsiness as well. Oxytocin and vasopressin are also present in the cocktail of chemicals released during climax. As LiveScience explains, their “release frequently accompanies that of melatonin, the primary hormone that regulates our body clocks.”

4. It makes being single that much easier.
One of the most obvious perks to being in a relationship is that you’re having sex on the reg (and maybe on the rag, too). Not that single folks aren’t getting laid. Casual encounters can be wonderful experiences, but they can also be unreliable and leave you less-than-satisfied. When that turns out to be the case, it’s nice to know that you’ve got a helping hand to turn to – your own hand, that is. As the late George Carlin once said, “If God had intended us not to masturbate, he would’ve made our arms shorter.”

5. It puts you in a better mood.
WebMD reports “Masturbation increases blood flow throughout your body and releases feel-good brain chemicals called endorphins.” Nicole Prause told the publication, “That may explain why there’s a clear mood benefit, even if you don’t orgasm.” She added, “It takes your mind [off your worries] while activating areas of the brain associated with pleasure.” That all sounds pretty promising. If that doesn’t sell you on the act, maybe a piece of information from clinical sexologist Gloria Brame will. She told Men’s Health magazine, “An orgasm is the biggest non-drug blast of dopamine available… A brain scan of someone having an orgasm looks like a heroin addict’s.” 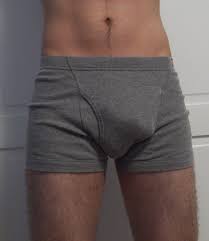 A study published in the American Journal Of Medicine found that men who reported having sex less than once a week were twice as likely to develop erectile dysfunction. The message was the more sex (or at least the more orgasms) you have, the less likely you are experience impotence. Or more simply put, you use it, or you lose it.
While some urologists remain skeptical of the findings, most agree that experiencing erections can help maintain sexual function. Men’s Health magazine writes “Regular sex or masturbation works out your pelvic floor muscles to prevent erectile dysfunction and incontinence.” As Gloria Brame told the publication, “It keeps the angle of your dangle perky.”

8. It makes your hair look better.
Michael Roizen, co-founder of YouBeauty writes, “Each hair follicle has a blood vessel to it, and your blood flow is a major determinate of both internal and external beauty.” As we know, orgasms help increase blood flow. Self-induced orgasms are no different. The more blood we get pumping through our system the more oxygen and nutrients reach different parts of our bodies – the scalp included. So every time you head south of the border during a moment alone, remember, you’re not just giving your genitals some love. You’re nourishing your hair as well.

View original article here
Are You Having Trouble Reaching Orgasm? A Guide for WomenWould You Enter Orgasms School?