"We have all been there, rejection is a part of life whether it be at school, work or in your  social life, and no matter how many times it happens it still hurts.
Rejection feels awful especially within the context of a romantic relationship, but remember just because you have been rejected by one person doesn't mean that everyone else will do the same.
If this happens just remind yourself of all the amazing things you have to offer, and that soldiering on in the face of rejection is the only alternative in whatever you are searching for."       -  Susan 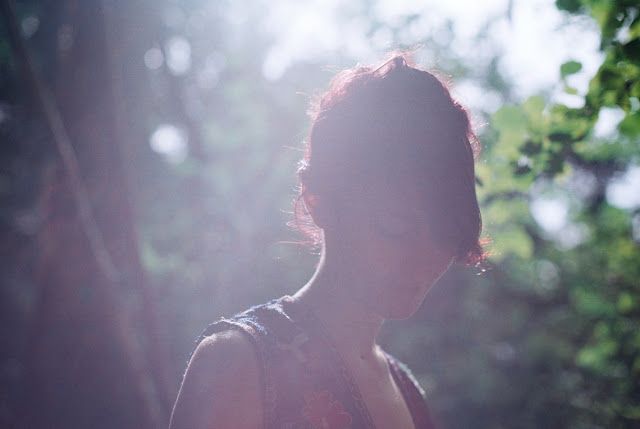 If you’ve dated more than one person, most likely you’ve been rejected.


I used to live in fear of rejection. I’d meet someone I really liked, start dating them and then spend the entire relationship worrying about when they would break up with me. I was guarded, I was a little paranoid and I tried way too hard to hang on to people that I should have just let walk away. In turn, my fear of rejection became a self-fulfilling prophecy of sorts. When things eventually did fall apart (as they inevitably would) the break-up would seem completely debilitating.

I read a quote recently that went something like this: “Everyone you date, you’ll eventually break up with or end up marrying.” Although a lot of couples do stay together forever without a legally binding agreement, it’s still a sobering thought.

Rejection sucks and sometimes it really, really hurts. However, as much as we try and deny it, it’s an inevitable by-product of dating. How are we supposed to find the right person if we never reject or get rejected by the ones that aren’t right for us?

I have a lot of experience being rejected, to the point where I now consider myself a veritable rejection expert. However, now that I’m single and dating in my 30’s, I’ve decided to take a more positive approach to rejection – both as the rejector and the rejectee.

Here’s a few things I’ve learned about rejection that I wish someone had told me when I was younger.

I used to take every rejection, every ghosting, every unreturned text message as a personal assault on my character. However, I’ve since learned that often getting rejected has very little to do with you. If someone chooses to not ask you out on another date or continue a romantic relationship with you – that’s their choice. They were choosing what was best for their life situation. For example, I’ve met tons of guys who I thought were truly fantastic, however we just didn’t have any chemistry. I imagine there have been many guys who have felt the same way about me.

If someone chooses to reject you in a really immature manner – for example, by literally disappearing off the face of the earth with no explanation – that’s on them. I read a quote somewhere that went something like this: “It’s not our responsibility to try and understand why people have the shortcomings they do, but to accept them & move on.”

Chemistry is a mysterious, biological force that acts on a subconscious level. Dating is like a science experiment: you combine different chemicals and hope for a reaction, but sometimes it just doesn’t happen – and you know what? That’s OK. Often we can’t even explain why we feel the way we do, we just do. Love is tricky this way. Therefore, you can’t take it personally if someone doesn’t connect with you in that way.

3. Life is all about taking chances.

A wise sage named Keanu Reeves once told a ramshackle group of baseball players “One of the most important parts of life is showing up.” You can’t expect to find love if you don’t take risks and put yourself out there. I read another quote recently that said that “life begins at the end of your comfort zone.” Being rejected means you took a step towards going after what you want – one of many steps that will eventually get you to where you want to be. In other words, you showed up for your own life and for that my friend, you deserve a massive high-five.

Do you want to be with someone who isn’t into you 100%? Of course not – no one does. When someone rejects you, they’re ultimately saying, “I’m not going to waste your time by pursuing something that I know won’t make either of us happy in the long run.” Even though it may not seem like it at the time, by giving you an out from a potentially negative situation, they’re actually doing you a favour.

5. Rejection helps us grow as humans.

Like many things in life, dating is all about getting comfortable with the uncomfortable. Sometimes you have to work through the uncomfortable, awkward, painful stuff in order to get to the really, amazing, awesome things. We all deserve unconditional love, acceptance and happiness, however to get there we have to walk a road that is rife with rejection. While we’re on our journey, rejection acts as the road signs that keep pushing us in the direction that we need to be go.

Here’s to following the road signs.

Email ThisBlogThis!Share to TwitterShare to FacebookShare to Pinterest
Labels: chemistry, fish2fishdating.com, paranoid, rejection, relationship advice, self-fulfilling prophecy, Simone Paget, you need to experience rejection at least once in your life