Dilated Pupils: 10 Messages My Eyes are Sending You

"The eyes are definitely windows to your emotions. Unless you have a flawless poker face, then chances are your eyes are going to give you away every time".        -  Susan 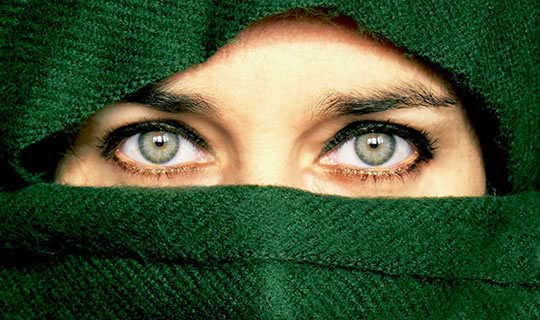 Dilated Pupils: 10 Messages My Eyes are Sending You

Dilated pupils can reveal how hard we’re thinking, how excited or disgusted we are and more…

Our pupils, the black holes which let light into the eyes, don’t just help us see, they also signal what’s going on in our minds.
Here are 10 pieces of psychological research which show how dilated pupils reveal many aspects of thought.

1. I’m thinking hard
Look into my eyes and ask me to name the cigar-smoking founder of psychoanalysis and you won’t see much change in my pupil size. The name Sigmund Freud comes easily to my lips.

But ask me to explain the laws of cricket and watch my dilated pupils.

That’s because research has shown that the harder your brain works, the more your pupils dilate. When Hess and Polt (1964) gave participants more and more difficult tasks to complete, their pupils got bigger and bigger.
.2. My brain is overloaded

Keep watching my eyes closely and you’ll spot the point when explaining the laws of cricket gets too much.
Poock (1973) reported that when participants’ minds were loaded to 125% of their capacity, their pupils constricted.
It’ll be trying to explain a googly that will do it. (Don’t ask).
3. I’m brain damaged

The reason doctors and paramedics flash a light in patients’ eyes is to check their brains are working normally (and because it’s such an easy test to do). They use the acronym PERRL: the Pupils should be Equal, Round and Reactive to Light.
If my brain is broken, say, because I’ve had a bump on the noggin, you won’t see PERRL. There may well be other extremely subtle clues, like the blood pouring from my head.
4. You’re holding my interest

If things take a sexual turn then our eyes are also involved. Both men and women’s get dilated pupils when they are sexually aroused (e.g .Bernick et al., 1971).
However, not everyone agrees dilated pupils are a signal of sexual arousal. It tends to get tested by showing nude pictures to people and some argue that we’re just really interested in the nude form.
6. You disgust me

Just as I have dilated pupils when I’m interested or turned on, so they constrict when I’m disgusted.
Hess (1972) showed people pictures of injured children. First people’s pupils dilated because of the shock and then they constricted to try and avoid the troubling images.
7. Whether I’m liberal or conservative

Should you happen to be carrying around pictures of politicians you might be able to work out whether I’m a liberal or a conservative just from my pupil size.
Barlow (1969) showed people pictures of Lyndon Johnson, George Wallace and Martin Luther King, Jr.. The liberals’ pupils dilated when they saw fellow liberals Johnson and King but constricted when they saw conservative Wallace. Conservatives showed the opposite pattern.

If you’ve had enough of this article now and want to cause me some pain in return, then why not stab me with a pencil? If you’re watching closely you’ll see my pupils dilate.
Chapman et al. (1999) fired small electric shocks into people’s fingertips and measured how much their pupils dilated. At maximum intensity the pupils dilated by about 0.2mm.
But that was only to a relatively tame current. Imagine what you could do to my pupils if you plugged me into the mains.
9. I’m on drugs

…and you can narrow down the type by looking at my pupils.

Some drugs, like alcohol and opioids cause the pupils to constrict. Others, like amphetamine, cocaine, LSD and mescaline cause dilated pupils.

Police officers know this and some use it as one way of checking if someone is off their face. They generally look for dilated pupils to either less than 3mm or dilated to more than 6.5mm (Richman et al. 2004).

10. My personality
This one is not strictly related to pupil dilation, but it’s too good to leave out.
If you look closely at the coloured part of my eye, the iris, you might even get some clues as to my personality (Larsson et al., 2007).

Look closely for ‘crypts’ in my eyes (lines going away from the iris, labelled 1 above) and this suggests I’m a warm, tender-minded person. If you see furrows (labelled 3 above), then, watch out, I’m impulsive.
It seems that the same gene, Pax6, which affects part of the brain associated with approach-related behaviours (the left anterior cingulate cortex, if you really want to know) also induces tissue deficiencies in the iris.


Dilated pupils
As you’ll have noticed, the same pupil response can mean different things, although generally dilated pupils send a positive message and when they constrict it’s a negative one. But exactly what it means depends on the situation (and whether someone has turned on a light).
This is all good fun to know, but can we really detect these tiny changes in people’s pupil size?
According to an fMRI imaging study, change in pupil size may be difficult for us to notice consciously, but we do seem to pick up on these very small changes unconsciously (Demos et al., 2008).
So changes in pupil size may be experienced, along with other verbal and nonverbal signals, as a gut instinct to either approach someone or run like hell.
Whether or not the eyes are windows to the soul, the pupils are certainly windows to the mind.

How to Manscape Right: 8 Manscaping Tips to Shape ...
Moving In With Your Girlfriend
8 NEW YEAR'S RESOLUTIONS THAT'LL HELP YOU FIND LOV...
10 Inspiring Quotes To Get You Pumped For The New ...
9 Types of People Who Will Never Get Married
10 Things Every Guy Has Thought During Sex