In the weeks before a marathon, I have three rules: no booze. No bars. No boys.

While no one will argue with the importance of hydration or getting a good night's sleep, a growing body of research shows that pre-competition sex can actually improve an athlete's performance.
"There's no question that research shows that having sex before a race actually increases the probability that you're going to perform well," said Dr. Pamela Peeke, a spokesperson for the American College of Sports Medicine who competes inmarathons and triathlons. "But for athletes, whether you choose to have sex is an individual decision. Every athlete has his or her own rituals and beliefs, and if you believe pre-race sex is going to drain you, it's going to drain you."
That may be part of the reason for the controversy. Before marathon running became mainstream, many sports that required long-term training and led up to a large-scale event encouraged the participants to leave their homes for training, a la Muhammad Ali. The public perception, Peeke said, was that to be successful at one's sport, one must abstain from sex.

However, the sacrifice might not have been necessary. An informal survey of 2,000 London Marathon runners showed that those who had sex the night before their race were more likely to perform better than those who did not, and it wasn't because they were better prepared than their abstaining counterparts.
Are you still not convinced that a steamy sex session before your next competition might help and not hinder your results? Peeke dismissed athletes' most common fears.


Even if you're having mind-blowing sex, the chances that you'll exhaust yourself before your race is unlikely, Peeke said. An average sex session burns 25 to 50 calories, the equivalent of climbing two flights of stairs.


If you're in a committed relationship with someone, you will be distracted from your race momentarily while you're having sex.
After that, you should be able to get back to focusing on your race-day strategy, and if you're a racer who tends to overanalyze her plan of attack, the break may be beneficial.
"Chances are that afterward you'll feel refreshed and invigorated," Peeke said.


Actually, you'll probably get to dreamland faster and sleep more deeply thanks to the chemical cocktail that is released when you orgasm.
"For both men and women, when you have sex, your tension goes down and you feel more relaxed," Peeke said. "Overall, sex is good for the body."
Do you need another reason to get it on?
Vaginal stimulation increases the amount of pain-blocking neuropeptide substance P, which is effective for about a day after its release, Peeke said.

"The chemicals released will decrease overall muscle tension that an athlete might be experiencing, which may allow her to engage in physical activity at a higher, more intense level," Peeke said.
If you're a creature of habit, however, don't fret. Most athletes agree that the best way to prepare for a competition is to train well, be comfortable in your surroundings and feel confident that you've had the best pre-race preparation you can -- with or without sex.
"For many people, whether they decide to engage in sex the night before a competition is a combination of trial and error as well as experimentation," Peeke said. "But the bottom line is: If you want to have sex, go ahead -- have at it." 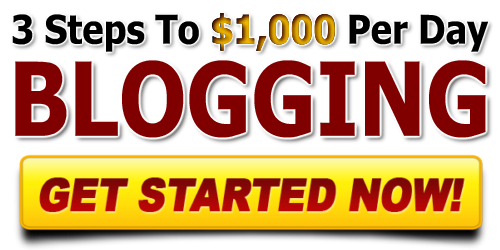