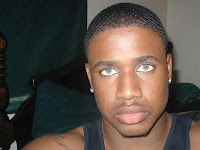 On my travels I have come to understand a lot of things that I now have adopted as being true for me. I don't know if they would be true for anyone else but more often than not the thinking and experiences have proven true to me. All these experiences I have been moderately proud of myself for working out but there is a slight fear that this knowledge could be used for evil!!!

Well not quite but when I was re-reading blog titled "Avoid Becoming a Professional Online Dater" I felt that this information could easily turn me into a professional dater. - cue the maniacal laughter!

There is no such thing as "The ONE" - Uh-oh now I've really said too much now and I'm going to be a marked man and receive hate mail like you wouldn't believe!!!

No, I'm not going to do a Salman Rushdie. I stand by what I just said and won't back down as there is simply no one person that can or could be your partner. Think about it. Often we have the tick sheet as to the man/woman we'd like to marry. Hot body, fit, blonde, funny, sexy, good with mother and my friends, brilliant cook etc and doesn't nag. In other words a David Beckham or Gwyneth Paltrow, or Brad Pitt and Angelina. This idea really isn't going to work of course unless you think you're Victoria Beckham or Chris Martin. - see "How to Stack the Deck in Your Favour When Dating Online"

This isn't a case of not being in their league or anything negative like that. This is about personality and what really works for you.

As an example, when I started dating again. I approached from a completely different angle and that was to ask a question. Looking back I see that it was a very powerful question. After asking it I was totally open to the who had the personality and values I share and therefore would mean that we would be several steps up the ladder in the relationship from the word go.

What do I mean?

Well to do that I would have to share the question I asked and put out to the universe.

It was said in such a way that it bread excitement, like expecting the birth of a new child. It didn't say my soulmate will be blonde and smokin' hot. No, it was I find someone that respected me, someone that didn't want to dominate, someone that shared my passion for positive thinking, reading positive literature, self improvement and I could discuss almost any thing and take it on board and had an open mind etc. What does that person look like.

When I did finally meet my partner we just clicked you might say. Even so as we were further up the ladder we didn't have to go through all the dating things like going to theatre and struggling to think of more cliched dating stuff to do. We were then as we are now mutual and fully understanding and able to enjoy each others company, whether it was pushing the shopping cart round some supermarket, walking around the block or doing some food to eat. [see Pushing the Trolley Round Tesco]

If you're not convinced the look back. If you have had relationships in the past where you thought you girlfriend of boyfriend that was pretty as hell but something about them you just couldn't get along with them. You may have tried to hang on to them because they were so gorgeous but ultimately the differing values caused it all to crumble.

So I dare you if you are single to ask "I wonder what my soulmate looks like..." then have your eyes open to  receive what comes your way. Who knows you might be inspired with this thought to create the best online dating profile ever.