The counter starts as the red button and the play  button are pressed to start the recording of what is Kevin's life. Of course there were things happening before then but they were on a recorded on a different tape. So 0.00 from this tape starts at Gerardine Road Chiswick.

Kevin had what he thought a unique upbringing which cultivated a unique view of his universe. Though of course he never thought it at the time but as he began to  grow from the skinny knobbly kneed cheeky playful puma into an adolescent knobbly kneed cheeky playful puma he felt he could assimilate thoughts and the shapes of thoughts concepts. A bit like understanding what a cat or dog is thinking but not knowing necessarily what he should be doing next for them until they'd absolutely asked for it.

This was really in reference to the girls and women in his life. You see he'd always focused on them for as early as he could remember. Yes, really early. I'm talking before he could tie his own shoelace early, before he could even count early. His earliest memory (apart from spitting out that yukki runny egg his father had tried to feed him at the tender age of 3...he'd never touch any eggy stuff for another 25 years. Such a harrowing experience at such a young age, though eggs in his favourite supermarket brand of Angel Cake was okay!) was explaining with plain and simple conviction that the white girl with the long dark straight hair in his kindergarten class photo was his girlfriend. His Dad the powerful Jeff Puma was astonished. Pleased but astonished too.

Truth was he probably had never even said "goo" to her much less made the bold stride across the reading carpet to ask her to be his gal and if she'd like to come round to meet the parents or listen to his T-Rex records (he was an avid T-Rex and Marc Bolan fan). No, it was all hope and wishful thinking.

But why? Why did He think that this was what he wanted more than just a best mate? Why a Girl?!

Get Out to the Country

Years passed (well actually it was probably only a few weeks but that time in relation to his time on earth it felt like large fractions of his lifetime on earth) and he found himself in a new village out from the city life in Geraldine Road, West London, where there was a particular smell to the streets in the city and the climate a hazy sunshine. In London you had to go to see green, here in Kessingland it consisted of some houses in the close and out back a jungle of green. Kevin couldn't work out why he was here. Just a big removal van that he and his older brother Kelvin had sat for hours got them there. The big mother cat wasn't with them but he didn't miss her. Turns out the she was too wild and couldn't be caught in time for the kick off but her daughter Susie was in a cardboard box on the ground in front of me. "Susie" funnily enough was the name he'd given and was also the name of his fantasy girlfriend in the photo!

In Kessingland-on-sea, Suffolk it was the countryside. He never knew it at the time but it truly was. (It was the dimmest point from the centre of the universe or that's what he thought 13 years later). It wasn't so big either. Kevin's mother apparently thought the move was a big mistake. She like his father were from Jamaica and west London is where most had ended up when they came over in the 60s. Eventual she was to grow to love it though. It was peaceful and the challenges and certain blips on the oscilloscope were minor but felt important at the time. Life ticked along.

To give you some idea what life was like for a west Indian family in this East Anglian village in comparison to London, they were the only family in the street to have their own telephone inside their house. Kevin can remember when the neighbours discovered their luxury communicator they would knock on the door and ask to use it. "We've popped some pennies in your money box", they'd say on leaving, a reference to a small wooden money box that sat next to the phone. He could never workout why they did that after all it's inside the house and not a pay phone like the one inside the big red box at the top of the next road!

Often you see kid, usually boys howling and holding onto the mothers when it comes the time for their first day at school. Again that time on earth for them was a life time with mummy at their every whim. Not too sure how it was for Kalvin the older one of the two brothers but for Kevin it was now the breaks were off. No sooner than he was inside the school gate and he could release his mum's hand he was off, found some kids playing tag, and he now had the chance to show his speed. After those early years being chased up the road in London by Kalvin being squirted with a Fairy liquid full of water was just the training he needed to get away from these country bumpkins now. Kevin would find any excuse to run every time he could.

He quickly mapped out his friends over the coming days and had also got to know the girls too. They were far more interesting to him than the guys. There was something smooth and interesting. They were all princesses in his eyes and ears. They weren't bragful or boasting and to him if they were he found that fascinating and interesting too, like watching a little bird flexing it's muscle in readiness for the day it will fly. He had little thought of what his friends thought of him that he would spend so much time with the girls. In reality he had fallen in love with all of them. As the song says, "when you're in love you know you're in love, no matter what you try to do!" Kevin though felt his place and like a martial artist dropped his weight to stop him getting knocked over if there was a kickback from his interests. He worshipped closely from afar.

Soon the school had gotten too small for him. The 20 or so children there he'd scoped and mapped out. He knew them all and there was no excitement. Like a chewing gum you look forward to everyday but know that after a few hours know that it's flavour will soon be wanting. Kalvin had paved the way and had gone from Kessingland Lower School to Kessingland Upper School within a year of our arrival. This new school would change everything. New kids, being a bigger school. Soon he was on his way on his bicycle now to the big school.

It was a bit of a strange arrangement in that they had a nursery section of kids younger than his own mob that had come up from the Lower school. These little urchins had there own area and playground separate to the one used by the rest of the school. Kalvin had already moved on to the Middle school by the time Kevin arrived on the scene here. He scoped everyone quickly had like a Carl Segan had soon mapped every child as point of light in his broadening universe.

Starting at the bottom tier of the school (ignoring the Urchins) he was now had massive area to run and like cheetah on the plans of Africa he there was fascinating creatures all around him and girls. Yes, girls like beautiful gazelles, unicorns, horses and young lionesses, zebras and meerkats. They existed in beautiful constellations of friends, mostly older than he was and truly heavenly.

Somehow he had plucked one from the herd and in what seemed like a dream actually was friends with her. There was really know where for them to go in a "relationship" sense we were different animals, but he was happy to hang around. She lived up near the street end of the village, close to the main A12 road that came through the village from London on its way to Great Yarmouth. Tracey was a young Zebra, warm, live and real. She had a Raleigh Chopper bicycle too, which was the coolest bike to have at the time. Her hair was long dark and she had a netball player physique (she was on the netball team). There was just something warm feminine and beautifully mystical about about her. He knew that he liked what she was and honoured everything she was, the balance she brought to the universe. She was an incredible princess but again all he could do was just be. She said fairly early on that one day he could find another girl his age to love. There was nothing physical of course. But it was a tiny dagger to his heart but he had already dropped his weight and there wasn't so much further to fall. He felt that time away from her would have been time wasted. On reflection it seems madness to hear those words from her, he was only a year younger. 1 year though at the age of 7 is like 5 years to an adult and her it must have looked and felt that way too.

He had no thought of what others boys of his age would think with his hanging round and being with this older zebra when they were climbing trees or throwing rocks at each other, or playing football or making a nuisance of themselves somewhere. This was a chapter and period not long after starting at her school so the nights were getting longer and the daylight shorter.

Kessingland winters were particularly biting to a young cub like Kevin with his skinny build. To the others it meant nothing and they would go out to play as before. Kevin would effectively hibernate. As for Tracey eventually she grew up it seems but maybe just a single forensic strand of his puma fur might have found its way on to her or something she has and he wouldn't have been forgotten. A girl-friend I think she was... 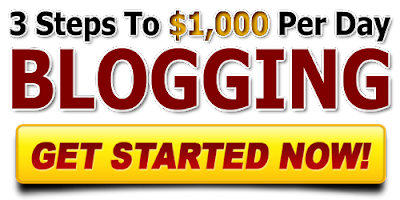