My Guy Is Really Flirty ....With Other Women! 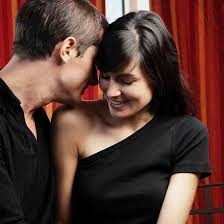 My Guy Is Really Flirt...With Other Women!


Does your boyfriend look a little too long at the sexy waitress, or spend a little too much time with his female BFF? Here’s what you can do.

As females, we’ve learned at a young age how to bat our lashes, laugh at lame jokes, sizzle with sarcastic sensuality, and twirl our hair without breaking a nail, all for the sake of becoming the perfect flirt. So what happens when the tables are turned and it’s your man who can’t seem to zip his sexy lips around other girls?

What do you do when harmless flirtation has crossed into the monogamy-zone? Sure, flirting can sometimes be harmless, but it can also spell the ruin of your relationship. You never know when his seemingly harmless flirtation is an open door towards infidelity!


How to handle a flirty boyfriend

When your guy just can’t seem to keep himself from trying to charm the ladies all around him, here are 5 things you can do to rein in your man.

#1 Try to address your trust issues. Do you have trust issues with your mate? If you have faced a blip in the past, such as him cheating or exchanging wildly inappropriate texts or touches with another female, then you need to nip this thing in the bud. Either toss him out, or set him straight.

However, if your jealousy is unfounded and your guy’s never really done anything to afford your mistrust, try to take a chill pill. Sometimes, people are just flirty by nature. In fact, most females remain extremely flirtatious even after they are in a committed relationship. This doesn’t mean they don’t love their partner, it is just an aspect of their personality. 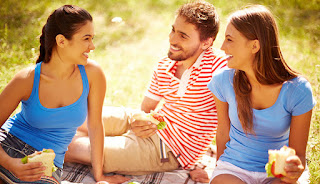 #2 Don’t jump all over him. It may seem tempting to jump down your man’s throat every time he gives a passing glance to another female, or leaves a larger-than-life tip for a foxy female waitress who did a lower-than-low job at serving.

However, you need to remember not to sweat the small stuff, either. Just because your man loves you doesn’t mean he’s dead inside. Sure, you love your guy, but does that mean you never notice when a hot fellah is walking down the street? Don’t confuse appreciation with flirtation.

If it’s not just jealousy and you’re honestly having a problem with the way your boyfriend is talking to other females, then instead of immediately taking the jealous bait, try compiling your list of evidence from a month’s worth of wrongdoings and calmly…

#3 Bring it up. Men don’t appreciate being attacked and you may just end up putting him on the defensive if you react this way. You may try to first bring it up with him with sarcasm or a well-timed joke. Skilled couples can turn this serious conversation into witty banter without things ever getting awkward, with the end of the conversation usually being wrapped up in a “Sorry babe, I didn’t mean to make you uncomfortable. I won’t do that anymore/I’ll try harder” acquiescence 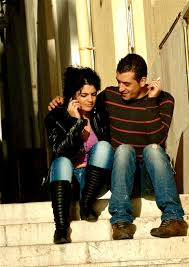 However, if witty isn’t your thing then you may choose to highlight some past instances of his flirtations or interactions with other women. Explain to him that it upsets you and makes you feel disrespected. Try to put him in your shoes and ask him how he would feel in certain circumstances.

If you have experience with similar issues because of similar flirting in a past relationship, humbly explain this to your man and ask if he could tone down the figurative lash batting. If he still doesn’t listen after this, you may want to…

#4 Do a little snooping. While this option is an inappropriate misuse of power, as well as an invasion of personal privacy, the truth is that most girls do it. If your man has a close female friend or carries on a flirtatious relationship with other women, and suddenly your Spidey senses are going off, you may want to follow the snooping avenue.

If you’re not up for being the “snooping girlfriend” and he maintains his innocence on the matter, you could always come out and ask him if he could show you his social networks and a quick skim of his texts to put your mind at ease.

Remember to make this request humbly, and with manners. Tell him you don’t want to have access to his passwords and that instead of being a phone-snatching-stalker, you’d prefer the situation to be as respectful as possible to his privacy.

Explain to him that you want to trust him, and if he could show these things to you, at your immediate request to avoid tampering with the evidence, you would be eternally grateful – not to mention much more fun to be around.

#5 Give him a taste of his own medicine. Take note: revenge is the extreme measure that you only want to take when push comes to shove. If your boyfriend still isn’t backing down with the flirtatious behavior, or flat-out denies what he’s doing, then it’s time to bring out the big guns: revenge. Give your lover a taste of his own medicine and show some of his moves to the men in your life: his friends, your friends, waiters at restaurants and cuties in bars. Don’t go out of your way to embarrass your boy, though! Simply let your inner flirt shine through and see how he reacts.
The ideal situation would be him feeling the old bite of the jealous bug and the twoof you having a good laugh about it in years to come. The bad outcome? He flips out and can’t see the comparison between what you’re doing and what he’s doing.

If the latter happens to be the case, seriously consider dumping this guy. Relationships aren’t 60/40 and they aren’t even 50/50 – they are 100%, and if you’re not getting 100% of the respect you’re giving, then you need to take your goods elsewhere.