7 Things Women Will Always Have To Explain To Men 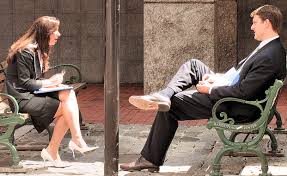 7 Things Women Will Always Have To Explain To Men

I feel like every man who has ever tried to convince me to take some rando shouting “Hey girl, nice ass” at me as a compliment sees it this way: You’re sitting outside some Italian café in a Betty Draper dress sipping a prosecco when all of a sudden your dainty neck scarf flies off in the light breeze. Joseph Gordon Levitt, wearing a linen suit with a pocket square and no socks with his penny loafers, steps off his Vespa and hands it to you while saying something witty about how it’s almost as beautiful as you are.You then both ride off into the sunset, laughing as Dean Martin plays in the background and the director yells cut on the espresso commercial that is your life. 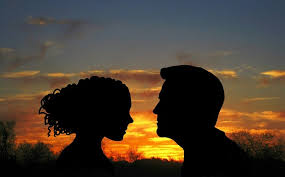 In reality, it’s you getting yelled at by a bunch of sweaty men standing outside a bar at eight in the morning, telling you about how fuckable you look in your sweatpants when you’re just trying to get a bottle of milk in peace like a goddamn human being. And it is the opposite of a compliment.

2. Sexism definitely exists in the workplace.

Perhaps it doesn’t always come in the form of some obese man in a pinstriped suit who smells of cigars slapping you on the hip with a folder and telling you to “get that pretty ass to work,” but it’s definitely there. And the fact that it’s not some outtake from the early seasons of Mad Men that they cut for being too overtly misogynist makes it all the more frustrating. When brainstorming after-hours drinks are held and you are not invited, when people feel that you are not going to be competent enough to negotiate with the client, when you are passed over for a promotion because the boss just feels like he could hang out with the guy two cubicles down despite his general distate for working — it happens. And you just have to learn to work against it on a daily basis.

3. We are always under pressure to be pretty.

Every woman has experienced the vast and shocking difference she receives from the world around her when she puts effort into looking good versus when she just goes out au natural and/or in full-on scuzz mode. And while it’s true that dressing snazzily will generally elicit a better and more respectful reaction for all people who do it, there is a distinct pressure and reward system in place for women who look pretty for society at large. Depending on the outfit you're wearing and the deftness of your makeup application, your whole world can become a whirlwind of free drinks and compliments. If you commit the mortal sin of walking out the door while looking like an imperfect human, you can expect a cavalcade of men who act as though their gross advances should be flattering, being completely ignored by everyone else, and having your thoughts roundly dismissed. Your worth is directly related to how you look, and it’s impossible not to feel when it’s happening.

4. Constantly smiling is not a natural state.

I have developed a theory that all of the randos who insist on directing you to smile while you’re walking through the street, minding your own business, do so because saying “Show us a little nipple, baby, you look so boring right now” is politically incorrect. I am currently working up the courage to respond to men who do so by telling them to get an erection and stand with their penises pointing north so he serves some kind of purpose and caters to my viewing pleasure.

5. We will always be on a double standard for sexuality.

We have all met the supposedly “open-minded, feminist” man — you know, the kind who insists on going down on you terribly until your entire vagina is completely numb and you just want to watch The Daily Show — who proclaims how egalitarian he is right up until the moment where he gets vaguely jealous over your sexuality. Whether you slept with one too many men, or have a flirtatious personality when going out, or dated some guy that he feels threatened by, there is no escape from the deeply harmful social norms placed on us about how women are supposed to handle their bodies and their desires. Let’s not even talk about the bros who blow through an entire sorority house in two weeks and yet are ready to get that horrible lock and key metaphor tattooed on their overdeveloped bicep. They should just never be discussed in polite society.

There are few feelings more frustrating than following up a sexual encounter that, sadly, didn’t end with an orgasm (which is not to say that sex can’t be fun without reaching the summit — it completely can), only to have to painstakingly explain to some guy how it’s not his fault that you didn’t operatically climax from 2.5 minutes of indiscriminate thrusting. In a terrible turn of events somewhere in the darkest parts of the cosmos, the person who didn’t reach orgasm is the person tenderly consoling the one who did it within 45 seconds, trying to come up with myriad reasons — having nothing to do with his performance, of course — why it just didn’t happen this time.
And God forbid you fake it, as that is what horrifying succubi do to punish man for the sins of their forefathers, and those harpies should be burned at the stake.

“You greedy bitches just want us to pay for dates so you can spend your money on clothes or whatever!”

No, you anthropomorphic anal polyp, we just want to get to a place in society as a group where outdated social norms such as these aren’t even a question anymore, and we’d be happy to start with getting paid the same amount for the same job in all fields. Now, if you’ll excuse us, we have to go read another 45 overwrought articles about how we’re supposed to have it all — complete with stock image of confused-looking woman juggling a baby, a martini, and a briefcase — because apparently gaining equality in the professional sphere doesn’t mean that men should also consider taking a more pronounced role at home. Of course not, they have important shit to do, and rich people’s hands to firmly shake.