20 Signs You're With the Man You Should Marry

"Want to be lucky in love then join Fish2Fishdating.com" 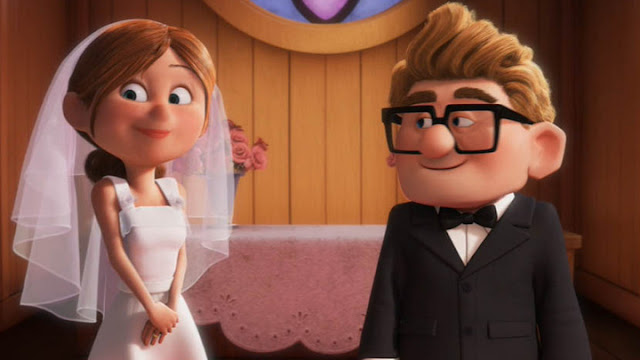 20 Signs You're With the Man You Should Marry

He's your biggest fan (arguably next to your mom).

1. He always brags about you. If you get a promotion at work or even just win concert tickets, he can't resist telling everyone you hang out with before you even think to mention it. Because he's your biggest fan (arguably next to your mom).
2. He makes sacrifices for you — and you're happy to do the same for him. He'll move cities to live with you if you get a new job or finish grad school. You're happy to make the next move for one of his opportunities.

3. He shares the same values as you. You know you both want kids and expect to split the child care equally. Or maybe you know you both want kids and he wants to take extended paternity leave. Maybe you've also agreed that you should each get 45 minutes to yourself to go to the gym every day, or you plan to buy a home and move to the suburbs in five years. You know you're on the same page with things that matter most to you because you've discussed them.

4. Even after years together he still does little chivalrous things for you. Like open doors for you, or carry you to your doorstep when your feet hurt after wearing high heels all day and you just can't bear to walk one more block.

5. He doesn't try to change you. He knows you're messier than him, that you always need a pet cat, and can't cook to save your life, and all of that is all right by him.

6. When you think about marrying him, the best part isn't the wedding, it's the idea of spending your lives together. The wedding is fun, but you really can't wait for the two weeks right after when you'll get uninterrupted honeymoon time.

7. You survived a long-distance relationship. It was hard and scary, but you love each other so much that you were able to make the necessary sacrifices to make it through with a singular goal in mind: living in the same place and being together when it was all over.

8. "I miss you" isn't just a sweet thing you say. It's a reality. Even if it hasn't been that long (like, two hours) since you saw each other.

9. You don't like having a roommate and love having your own space, but you'd still prefer to live with him. You look forward to the end of the day, not because you'll be done with work but because you'll get to see him again.

10. He's your go-to person whenever you have a story to share, about work, about friends, about anything. You used to tell your parents and friends about all these things, but now you don't call them quite as much as you used to. They don't mind because they see how happy you are.

11. You feel comfortable planning things six months — or a year — into the future. You're not worried you'll have to cancel plane tickets or say you won't be needing a plus-one after all. You feel that confident in your relationship.

12. You can cry in front of him without feeling embarrassed. He knows when to worry and when you're just caught up in a scene of a movie.

14. He's close with your family, and he's made sure you've gotten to know his. He'll call your dad or your grandma without any hesitation. It just makes sense that you'd go to his nephew's birthday party, even if he's not there.

15. He cares about your friends. If one of them is having a bad day, he suggests you go spend time with her or invite her to join the two of you for dinner. If he hasn't heard someone's name in a while, he asks how she's doing.

16. He lets you vent. Sometimes when something frustrates you, you just need to go over it again and again. He doesn't get annoyed at this, and he dismisses your apologies. The only thing that bothers him about the situation is that you're upset and he wishes you weren't.

17. He tells you, out of the blue, that you look hot. And it's on the day you didn't dry your hair or put on makeup or even change out of your T-shirt and sweatpants.

18. You can do things like travel together without fighting all the time. We've all seen (or been) that tragic couple fighting over where to get lunch at the airport so badly that one of them devolves into tears and puts her shades on indoors and lies across three seats in the terminal. You can do tedious things with your S.O. without all this fighting.

19. He plans activities that he knows you'll enjoy. He doesn't depend on you to be in charge of everything, and he remembers that you said you wanted to go to that new restaurant or museum exhibit.

20. ​He works hard at his job, but you're his priority. If you ask him to go to an event that's important to you, he's not afraid to step out of the office to accompany you. He'll figure out a way to get his work done, just as you would do for him.​

Email ThisBlogThis!Share to TwitterShare to FacebookShare to Pinterest
Labels: 20 signs you're with the man you should marry, Amy Odell and Lori Fradkin, brags about you, chivalrous, dating advice, fish2fishdating.com, love, relationship advice, values you, you're his priority