Boomers With Benefits: A Free Love Revolution With No Rings Attached

"To anybody who wants this sort of arangement to work, guidelines and boundaries
must be set and adhered too".            - Susan

Boomers With Benefits: A Free Love Revolution With No Rings Attached

Anne Hunter has a deep and committed relationship with her long-term partner of 22 years, Peter Haydon, who lives down by the coast with his other partner.


Yes, you read that right.

"Several of the people I spoke to said they were having the best sex of their lives."

Hunter, 52, used to have another long-term partner, but they are now just close friends. 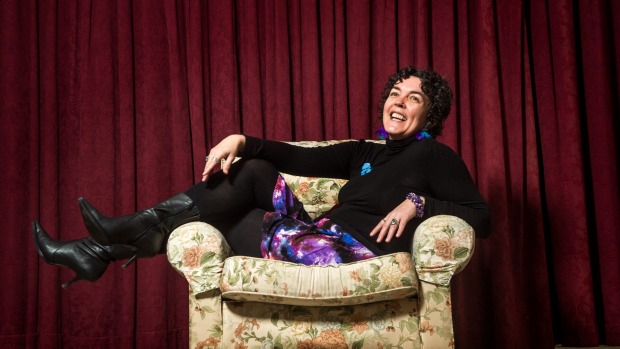 
She also has about six or seven "intimates" like James Dominguez; friends of all genders she might have sex with, or just "jump into bed naked together and cuddle".

Some she sees rarely, others live nearby and they catch up often.

But when Hunter fills in her relationship status on forms she describes herself as single.

A qualified counsellor, she lives alone in a West Brunswick apartment and is financially independent.

Research on baby boomers like Hunter who have "friends with benefits" will be presented at the Let's Talk About Sex conference in Melbourne on Tuesday and Wednesday.

Conference speakers plan to challenge the assumptions and stereotypes about older people and sexual intimacy, in an event organised by Alzheimers Australia and the Council on the Ageing.

Her interviewees had sexual relationships that were ongoing but didn't consider themselves in a couple or share finances, she said.

She found many desired sexual pleasure and intimacy but didn't want the ties, financial entanglements and commitments of the relationships - often marriages - in their younger life.

, while others regarded sex as frightening or taboo when young but hungered for a richer sex life as they aged.

"Several of the people I spoke to said they were having the best sex of their lives. As a young person they hadn't understood about mutual pleasure...but now there is greater social acceptance that sex can be something to be enjoyed," Dr Kirkman said.

Anne Hunter describes herself as "polyamorous", She defines polyamory as having multiple ethical relationships, with an emphasis on emotional connection, not just sex.

With Haydon she founded PolyVic in 1994, the first polyamorous network in Victoria.

And her long-term partnerships were like family, she said.

A couple of nights a week Haydon stays at her apartment, and sometimes his partner of 17 years comes too.

(Hunter and this woman do not have a sexual relationship, but share a close friendship. Hunter has a bedroom at their house on the coast).

"We support each other in all sorts of ways. When his other partner had a severe illness a few years ago I moved down to the coast for a couple of months and did cooking and cleaning," she said.

Because Hunter suffers from chronic fatigue her libido is low, hence sometimes cuddles and non-sexual intimacy are all she has energy for with her "intimates".

And the biggest pressure is finding the time to see everyone. "People think jealousy's the biggest problem, but if you ask poly people what their biggest concerns are they'd say time management and stigma from the outside world," she said.

A lot of polyamorous people worked part-time, and lived within close proximity to the people they saw often, she said.

But despite lobbying from PolyVic, the Australian Bureau of Statistics was yet to include a question about polyamory on the census, making it impossible to reveal how many people were "raising the level of love in the world", as Hunter put it.