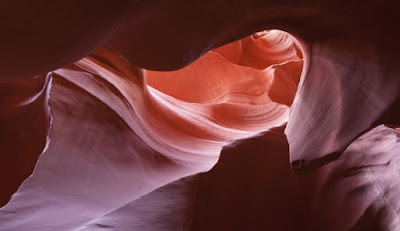 For women with Mayer-Rokitansky-Küster-Hauser syndrome, life can be difficult. Born with an absent or underdeveloped vagina, women suffering MRKH often have difficulty experiencing a normal sex life, can fail to menstruate and sometimes cannot reproduce naturally.

But now, researchers from Wake Forest Baptist Medical Center have found a way to normalize life for women with severe cases of MRKH: Using patients' own cells, they have successfully grown vaginas in a laboratory setting and implanted them into four women.

"There are patients [with MRKH] that do have a vaginal organ that's small and they can benefit from other things that are non-surgical, but for the ones who don’t have much of an organ at all, where it's fully absent, this would be a choice for them,” Dr. Anthony Atala, director of the Wake Forest Institute for Regenerative Medicine, told FoxNews.com.

Atala, a pediatric urologic surgeon, said he and his team have been working on the development of laboratory-grown vaginas for about 25 years, figuring out how to properly harvest and grow vaginal cells, and then testing the procedure on mice.

In a new study published in the Lancet, Atala and his team detailed how they were able to successfully grow vaginal organs in a laboratory.

"What we do is we take a very small piece of tissue from the patient, less than half a size of postage stamp, from their rudimentary organ...," Atala said.

The harvested cells are grown in a laboratory for four weeks, where they are then layered onto a scaffolding molded into the shape of a vaginal organ. Each mold is specifically designed to meet the needs of the individual patient.

"We then are able to place this structure in an incubator, an oven-like device with the same conditions as the human body, and then the structure is able to mature somewhat, at which point we are able to insert it into the patient," Atala said.

For their study, Atala and his colleagues recruited four women between ages 13 to 18, all of whom suffered from severe forms of MRKH. The surgeries were performed between June 2005 and October 2008. For up to eight years after the procedure, each woman was closely monitored to detect complications and underwent numerous tests to assess the function of her lab-grown organ.

"We did yearly X-rays, we did scope procedures where we looked in with a scope yearly and also took pieces of tissue yearly and to make sure they continued to develop normally," Atala said.

Overall, the surgeries were remarkably successful and showed healthy results in tests of functionality including desire, arousal, lubrication, sensation and painless intercourse. Previously, treatment options for patients with severe forms of MRKH included reconstructing the vaginal organ out of intestinal tissues or skin—procedures wrought with side effects and complications.

"With the intestinal [tissues], it turns over every seven days and there's a lot of mucus and it becomes a hygienic problem and an odor problem in some patients," Atala said. "And for skin, it's skin so it doesn’t lubricate and it tends to [lose its shape] as well."

Recipients of the lab-grown organs experienced none of these side effects; post-transplant, they were able to regain normal vaginal function.

He noted that because the organs were grown using cells harvested from each patient, no anti-rejection medications were necessary after the procedure.

While other researchers have had success growing and implanting lab-grown windpipes into patients with a defective organ, Atala said growing the vaginal organ presented some unique difficulties.

"With this specific organ we really had to deal with constructing the whole organ; something that wasn’t there," Atala said. "It's more of a challenge because we were dealing with a structure we had to create totally de novo. We did a lot of research beforehand to make sure that it worked."

The team at Wake Forest Baptist Medical Center is currently testing the procedure on more patients, and is working towards clinical trials.

Though the procedure has currently only been tested in patients with MRKH, Atala said he envisions that someday it will be used for women with other conditions as well.

"We targeted this particular syndrome because we wanted to get the same type of patient over and over and be consistent with how we did the surgery," Atala said. "...In reality, we can also apply this to patients who have vaginal cancer or trauma."