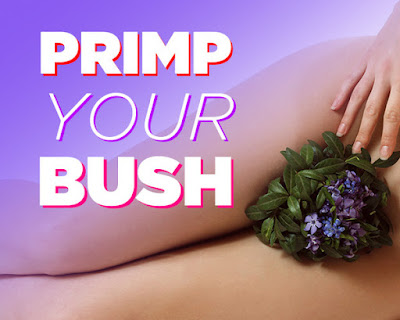 When it comes to your pubic hair, gone are the days of the traditional bikini line wax or even the full Brazilian. “The trend now is ‘anything goes,’” says Alley Laundry, a waxing expert at Parissa Laboratories, who has been waxing for, as she puts it, “a million years” and has seen every trend and strange request you can think of (like the woman who wanted to shape her pubes into a dinosaur

“Over the decades, there was the 1970s disco bush, then very tailored in the ‘80s and ‘90s, which then escalated into the Brazilian of the ‘00s,” says Laundry. “Now, there’s much more acceptance for whatever style you want.” So embrace that sea change with some of the fun ideas below (and a word to the wise—for most of these, you’re going to want to visit a pro for best results!).


Yep, even their pubic hair is chic. “A French-style wax mimics the French bikini, with the bottoms that ride high on the hips with a narrow crotch,” says Laundry. “The style gives you a very thin line.” It’s a little wider than a landing strip (a small patch of hair that usually starts at your natural hairline and ends just above your clitoris), but without any worries about hair sticking out of your suit since the majority of your fuzz will be removed (one thing to note: a French bikini wax doesn't include removal of hair around your butt). Oui oui.


Customize with the New Brazilians


“Women use so many different terms now that I have to clarify with each one before I start waxing,” says Laundry. “They’ll ask for a half Brazilian, full Brazilian, the mohawk, the Bermuda triangle, and I have to understand exactly what they’re expecting.” The labels have become meaningless at this point, so feel free to customize precisely what you want. Full waxing of the “undercarriage” area, along your anus and bottom of your labia, while leaving a little tuft on top? Not a single hair in sight? Go for it. Or try the “full-bush Brazilian,” which clears out any hair your partner would have to tussle with during oral sex (just leaving the top of your labial hair intact).


Aside from the aforementioned dinosaur, Laundry creates all kinds of pubic pictures. Her advice, though, is to keep it extremely simple. “It's not exactly a giant canvas,” she says. “The design has to be cute and small.” She has created arrows, lightning bolts, and martini glass shapes for her customers.

Another potentially simple shape is a letter of the alphabet, so it might be fun to monogram yourself—or mark your lady parts with your partner’s initials for an anniversary or birthday. “Some are harder than others,” says Laundry, who once had a difficult time trying to make “DZ” happen—too many angles.


Dye Your Bush a New Color


There are several kits that help you color your pubes at home, like the Betty Beauty products, which feature auburn, blonde, black, brown, and even, yes, hot pink. Of course, salons can also help you get the down-there effect you want. Laundry has seen many a wedding special when it comes to colors. “I’ve worked with several brides who waxed off everything except a heart shape on their mound, which they then bleached and dyed pink.” Something borrowed, something pink, something waxed, something bleached...


What Guys Really Think About Your Pubic Hair 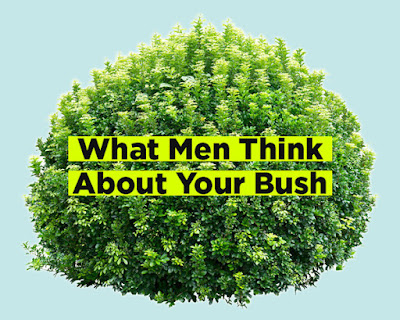 
We seriously doubt any guy would retreat if he came to find you had the “wrong” downstairs hairstyle, but a new study from the Journal of Sexual Medicine shows that most men prefer hair-free lady parts.

For the study, researchers asked 1,110 college-aged men and women how they maintained their pubic hair, the reasons behind their styles, and how they preferred their sexual partners groom down below.

It turns out, the vast majority of both men and women keep things tidy down there: Ninety-five percent of the study participants had trimmed or removed at least some of their pubic hair in the past four weeks. Meanwhile, half of women and one in five men said they typically went hair-free. Both men and women were more likely to groom if they expected to receive oral sex soon.

Of the bushy minority (the five percent who didn’t groom), the overwhelming majority was guys. Most of the men surveyed said that, in the past four weeks, they had either trimmed a bit or just let their hair go wild.

Funny—since 60 percent of the men surveyed preferred their partners to be hair-free. The remaining guys said they liked their partner to have some down-there hair, were up for several styles, or flat-out said it didn’t matter to them. (For the record, women were pretty much split four ways between preferring dudes hair-free, partially shaved/waxed, trimmed but without any actual hair removal, and not caring one way or another.)

“These results suggest pubic hair removal patterns and preferences are related to gender norms and reflect how the beauty ideal can vary by gender,” says lead study author Scott M. Butler, Ph.D., M.P.H., assistant director of the School of Health and Human Performance at Georgia College.

Hence why, if you are going to de-hair your nether region, the best reason to do so is because it's your preference, says Butler, who notes that some women said they waxed because it made them feel clean and made sex more comfortable. And on the flip side, if you squirm at the thought of having an aesthetician between your legs or don't feel like breaking out a razor on the regular, that’s totally cool, too.