I'm A Man, And I've Spent My Life Ashamed Of My Body

I'm A Man, And I've Spent My Life Ashamed Of My Body

It was the summer of 1999. I went to the mall with my friend Derek, and we ran into one of his friends at Spencer’s Gifts. I browsed the store while they talked. Then I heard Derek's friend ask, "Is that your sister?"

He was referring to me.

I was 11 years old. I had long hair because I loved pro wrestling at that time, and I was wearing a basketball jersey because it was my favorite sport. My long hair might have confused him, but I think it was the shirt. It emphasized my chest, and what Derek’s friend might have thought were budding breasts.

That's when I realized I was fat. It's my earliest memory of feeling that way, and I don't have a single memory since that day of feeling comfortable and confident in my body.

My life has been a seesaw of losing weight, then gaining it back and realizing I looked better before. When I look back and realize I was slim, it's only after the fact. I've spent most of my life feeling like I could be in shape if only I figured out the formula, like I'm so close, while at the same time resigning myself to never truly expect to look in the mirror and enjoy what I see. It's only now, at age 27, that I realize I have body image issues.

After I got home from the mall that day, I told my mom I wanted to cut my hair. It was one small thing I could do to fix my appearance. But that didn’t stop me from still feeling fat. I was the kid too scared to swim in public without a shirt. I learned what kinds of clothes hid my belly.

Part of my struggle with my body image is a personal view that I'm failing at achieving my goal of slimming down. It's a cycle: I'm not good enough because I'm out of shape, causing me to lose confidence and motivation to work out, but my exercise doesn't result in feeling skinnier. 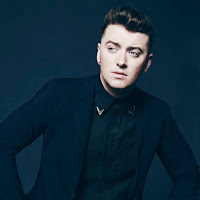 Singer Sam Smith explained poignantly this year that being called "fat" hurt more than an anti-gay slur: "I think just because I've accepted that if someone calls me a faggot, it's like, I am gay and I'm proud to be gay so there's no issues there. If someone calls you fat, that's something I want to change."

One of my problems is that when I do change my weight, I fail to acknowledge it.

At 14, I don't remember a single day I felt thin, and yet I was in great shape, playing hockey regularly. It wasn’t until my senior year, when I had put on a few pounds from eating too much fast food, that I could actually see what I really looked like back then. I remember looking at a photo of my 14-year-old self and thinking, "I looked skinny." A high school teacher responded, "No, you look good now. You look underfed there."

I lost weight my first year of college -- about 40 pounds -- all due to counting calories, trying to keep it close to 1,500 a day, and eating a lot of Jimmy John's sandwiches without mayo. At the time, I realized I had lost weight, but when I looked in the mirror I didn't see a skinny person. I still had a knack for doing things like wearing hoodies or ribbed tanks underneath T-shirts because I felt like they covered up my curves.

This is a phenomenon where focusing so much on a particular body part can make it bigger in our imagination, said Aaron Blashill, Ph.D., a Harvard University psychology professor.

David LaPorte, a psychology professor at Indiana University of Pennsylvania, recalled a doctoral student he had a decade ago who studied the image perceptions of guys at the gym, and discovered that 1/5 of men considered to be in shape were uncomfortable taking their shirts off. "And things have not gotten better since then," LaPorte said.

What made the study all the more interesting was that it only looked at guys who were confident enough to go to the gym in the first place, he continued, many of whom were walking around wearing those muscle-man shirts to show off they had just worked out. I responded with a memory of the athletic guys wearing hoodies and sweats to class when I was in college, while I always felt I needed to dress up for class to compensate for my lack of an impressive body. "Compensating in different ways, I guess," LaPorte told me.

About half of all men don’t like having their picture taken or being seen in swimwear, according to an NBC Today Show/AOL Body Image survey from last year. Research from the University of the West of England found a majority of guys felt part of their body wasn't muscular enough, and more men than women would sacrifice at least a year of their life in exchange for a perfect body.

Sometimes I complain about my weight to my close friends, but they say they don't see it. Some tell me they think I have an athletic build. Others say I'm skinny. I don't believe it, and I grab my flab to prove it. I see my body bulging out of my shirt in the mirror. I don’t see an athlete. I don’t see skinny.

Three years ago, my first year in New York, a female friend asked me to the beach. I said yes, but secretly prayed for rain so I would have an excuse to back out. It didn’t rain, but my "scheduling conflicts" saved me from going. I sacrificed a beautiful day at the beach with friends all so I could avoid taking off my shirt in front of them.

"When we avoid situations in the short-run -- that can help reduce negative or difficult emotions, but in the long-run it actually serves to reinforce those thoughts that prevent us from doing something in the first place," Blashill said.

One reason I avoid those situations is my fear of being in the vicinity of more attractive men on the beach, which makes sense because according to Blashill, "folks with body image concerns tend to engage in social comparison," usually "upward comparison."

When I mentioned this fear to Dr. Edward Abramson, a psychologist in California and author of the book Emotional Eating, he asked me a question: What am I afraid of?

It's ridiculous to think my friends might see me shirtless, and suddenly become repulsed as if they'd discovered a Nazi-style swastika tattoo. So then, what exactly scared me? I realized I was afraid of what they might be thinking. It freaked me out to think people in my life would file in their mind that their friend Tyler ﻿is a fatty.

"The theme there generally is one of social anxiety," Abramson said. "That other people are going to look at me in a certain way. I encourage people to look around them at other people and recognize that they're far more accepting of other people's imperfections than they are of their own."

I've had trouble reaching this point, where I can openly admit I'm uncomfortable with my body. I never thought I had a problem because I wasn't bulimic, wasn't anorexic and, in my opinion, wasn't doing anything extreme. After all, is it so bad if I feel compelled to spend 45 minutes four times a week at the gym? LaPorte said probably not, unless I'm sacrificing social interactions for it.

I found this same issue with a colleague who I consider to be in great shape, and works out six days a week to maintain that. When he takes his shirt off, he said, "I feel as though all eyes are on me and no one is liking what they see." While he finds friends supportive when he discusses his insecurities, he said, "There's a pervading sense of, 'Dude, you have it pretty damn good.'"

A lot of guys I interviewed around the office had similar reservations, even among those I thought looked better than me. Height was another big image problem they mentioned, which is something we can't change. Many said that when they spoke about their issues with friends, it often goes something like this:

"Honestly, I don't know what to tell you, it's not a problem."

Contemporary masculinity does not permit a man to admit his physique is less than ideal. But if men could be more open about their own insecurities, without fear of violating the unspoken rules of masculinity, we'd do better at accepting our flaws in our bodies. And maybe then we could get closer to doing what Blashill recommended: "acknowledging there are many ways to be healthy."

I spent the past few months thinking a lot about this, and reflecting on my own insecurities. After talking to friends, psychologists and men around the office, I did something I avoided for years: I went to the beach.

My first day at the beach was with some close friends. In a modern romantic comedy-style plot twist, they ended up inviting someone who I'd recently been messaging on Ok-upid that happened to be a mutual friend of theirs. In spite of that, I spent the day without a shirt on, in front of friends, strangers and dating profile matches, and somehow managed. No one insulted me; I still have friends; I am still able to go on dates; and I found $10 on the ground. In other words, the world didn't end.

Abramson was right: I looked at other people, noticed their imperfections and recognized my opinion wasn't changing of them. Maybe then those thoughts I have that someone can see my belly or love handles, or it looks like I have man boobs, are just my thoughts. I'm not cured, but I've made progress.

At 27, I'm able to admit I don't like my body. But it shouldn't have taken me years to get to that point. I spent too long feeling like I had a secret, that I was hiding my weight issues, unable to talk about it, because rules of masculinity forbid it.

It shouldn't be extraordinary for men to talk about their bodies. We shouldn't need a goofy term like "dad bod" to admit we aren't in perfect shape.

Men don't face the same unrealistic expectations as women, but they still feel pressure to look better, and they're behind where women are in discussing insecurities. All it takes to change that is one guy opening up to his friends. As one colleague said, "Once one friend starts sharing, it sets the space for everyone else to do so as well.