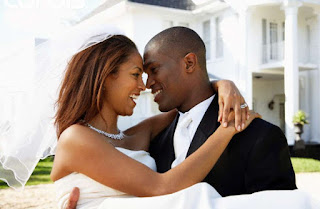 There are certain myths about marriage that can influence the way we think our future will look like next to the one we love, but many of these things aren’t actually true.

Everyone tries to imagine the way their lives would change after saying " I do" but often get disappointed in their first years of marriage because they realize that what they imagined was far from reality.

Though it's not wrong to want certain things in life or from your relationship, you must be aware of the fact that things often change and that people evolve and you should not be disappointed if they are not as you imagined them to be.

Corina Dondas of Binoni disproves a few popular and most common myths about marriage:

1 The only ingredient for a happy marriage is love:
One of the most common myths about marriage refers to the fact that you only need love in order to have a long, happy married life. This statement couldn’t be more wrong! For a marriage to work, besides all the love, you also need a lot of other things, like patience, empathy, care, consideration, tact and a lot of other qualities that you either have or you either develop along the way. A marriage takes a lot of work and unfortunately, love isn’t enough to make things work out... you also need to put a little effort into it.

2 Once you get married, you don't evolve anymore:
This is another myth that influences a lot the way people perceive marriage and themselves being married. Often, many people, and especially the single ones, tend to think that married couples have certain predetermined roles and responsibilities, and all that prevents them from evolving, from having fun, from enjoying life. These things are completely false! Even if after marriage you could get a few new responsibilities, you will still be able to make time for your hobbies, for doing stuff that makes you happy. You will even share these things with the one you love; it will be more fun!

3 After marriage your relationship will be even stronger
In order for your marriage to work, it will take a lot of effort and a lot of compromises from both of you spouses. People tend to think that marriage will help consolidate their relationship, without them doing a thing, and that isn’t exactly true. I don’t doubt the fact that marriage does unite couples even more, but you should work on your relationship after your wedding too. Good things need a lot of work sometimes! But I’m sure that all that work means nothing compared to a really happy marriage.

4 The spouses should have the same interest or passions
This sentence couldn’t be more wrong! Every person is unique and this also applies to couples. It would be nice if you would have a few things in common with your husband or wife, a few pleasant hobbies that you share, some common interests, but, if you don’t have them it’s still okay. It’s also good if you are a bit different in some ways because this will allow you to complete each other.

5 If couples live together before marriage, their marriage will be really happy
Nowadays, there are a lot of couples that decide to move in together, taking this step as a final test before saying "I do." But, you know, nothing will guarantee you that your relationship will be even better after marriage by living together, because this depends entirely on you guys. You are the only ones who can make things work and the only ones who can have a really happy and wonderful marriage!

6 Your spouse should be your best friend
This is one of the popular myths that it’s often wrong. The thing with the spouse being also your best friend is not a rule that every married person should follow. It’s absolutely normal and necessary to get along very well with your other half, but that doesn’t mean that you can’t have other friends with whom you can get along just fine or maybe, sometimes, even better. These friends can listen to you, can offer you advice, can be there to comfort you when you need it, and they can do all these things in other ways that your spouse does them.

7 There's only one person in the world whom you can marry
Here, I am talking about the well-known, "soul-mate" myth. We like to believe (and I think it would be really nice if this were true) that somewhere, in this big, big world, there’s our other half, which completes us perfectly and with whom we will live happily ever after. Unfortunately (or why not, fortunately for us), this perfect half doesn’t exist, so you could have a really happy marriage and a wonderful life with different people.

8 Children can increase happiness of a married couple
This is a very, very popular myth among a lot of married couples or even people who are in committed relationships. The fact is that a lot of studies have shown that actually, the first born baby of a couple separates a bit the two new parents because this event brings a significant amount of stress in their lives. Also, the couples with many children are less likely to get a divorce but also, this is not a rule.