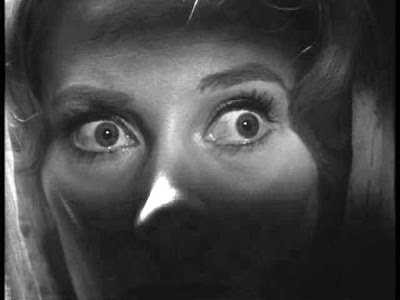 According to Merriam-Webster, the definition a phobia is: "an exaggerated usually inexplicable and illogical fear of a particular object, class of objects, or situation." The symptoms of such an intense fear can result from anywhere from a dry mouth and shortness of breath to chest pain, a racing heart, vomiting, and even an inability to speak. Basically, it's the worst possible panic attack of your life.

There are some weird phobias out there, like things that wouldn’t even cross your mind that someone could possibly have a fear of them. For example oneirogmophobia — ever heard of it? It's the fear of wet dreams. Yes, there are people walking around this planet with a debilitating fear of wet dreams! Really! I'm not lying! Although that may seem a bit funny, phobias are no laughing matter. In fact, some can actually stand in the way of love, as 36-year-old Brit, Erica Valentine, has discovered.

Valentine, contrary to her name, has such an intense fear of kissing that she hasn't had a date in two years, and a long line of failed relationships because she just can't bring herself to lock lips with anyone. Her obsession with oral hygiene is so all-consuming that not only is she constantly inquiring about the last time a potential lover has brushed their teeth, but she, herself, brushes her own teeth five or six times a day. I can’t imagine that's very good for the gums, but I'm no dentist.

But this isn't the only phobia that could possibly ruin your love life; there are actually quite a few others. Starting with Valentine's philemaphobia, let's cover what other fears could be putting a damper on your chances at love.phobias-destined-ruin-your-love-life

While for Valentine her philemaphobia seems to be really steeped in mouth germs, it’s not always the case. It’s also a fear of being subjected to bad breath, which, if you ask me, is totally reasonable.

2. Chiraptophobia: Fear Of Being Touched

If the thought of being hugged or being even remotely close to another human puts your head in a tailspin, then you may suffer from chiraptophobia. For some, the phobia is so intense that they can't even watch movies in which people touch each other, and they equate the touch of another as feeling like their skin is burning.

If your idea of affection is something out of the Howie Mandel book of human contact and only a fist bump will do, then you’re going to find it very difficult to get close to anyone and everyone, not just a potential partner. Unless you use latex gloves at all times, of course, and latex is a fetish for some, so that could actually work in your favour.

Um, I really don't think we need to explain how this one is going to massively mess up your love life, so let's just move on, shall we.

5. Agoraphobia: Fear Of Leaving The House

Let's be honest, if you can't leave the house, how are you supposed to be meet anyone in the first place? Although agoraphobia is most commonly associated with the fear of leaving one's home, more specifically, it's a fear of crowds and being in situations that one can’t escape, like, oh I don't know… a first date maybe?

If you're going to get naked, then you’re going to probably see a bellybutton or two. While you could cover up your own bellybutton with a Band-Aid, that still doesn’t get rid of the other bellybutton in the equation, so how are you going to explain that fear? If you can’t think of a witty response to that question, then I suggest you start courting Karolina Kurkova, because that beauty doesn't have a bellybutton.

7. Thyphallophobia - Fear Of An Erect Penis

Fear of seeing, considering about, or having an erect penis:
This phobia can hurt the sex life of the person suffering from the illness. This unwarranted fear causes an individual to avoid any and all subjects and situations that have to do with sex. Typically, those who suffer from this phobia have had a bad experience with the male penis at some point in their lives.

One of the best parts about dating is going out to eat! What do you usually do on a first date? Go out to dinner! Second date? More dinner! The day you get married? Eat a five course meal! Food and love go hand-in-hand, so if you fear food, it's pretty hard to move forward in a relationship. I mean, what else are you supposed to do when you're together? Talk or something?

Oh no! How else are you supposed to enjoy one of the greatest perks of someone being in love with you, if you can't stand poetry? The only thing better than regular ol’ poetry, is poetry written about YOU.

No, this one isn't just reserved for high school boys who just can't wait to come, but an actual phobia for people of both genders. But, hey, if you meet someone who likes to get in and get out, and skips all the "ooh la la," in the beginning, then you're in luck. And, yes, there are many of them out there.

If there's a fear of being single, then of course there's a fear of marriage, and I'm pretty sure 95% of the men I've ever known have had this phobia. Or maybe they just had it when it came to marrying me? Food for thought there, Chatel.

This one has got to totally suck, especially if you're a straight woman or gay man, but it's real. How the hell are you supposed to even get to the first date, if you're constantly in fear of men? Well, you can't.
Along the same vein is:

14. Venustraphobia, a fear of beautiful women.

If you suffer from this one, you can kiss your dreams of dating Angelina Jolie goodbye

15. Philophobia- Fear Of Falling In Love:

Probably the saddest one of all the phobias in the world is philophobia. Not only is it a fear of falling in love, but a fear of being in love, too. This phobia makes all the other phobias look like a piece of cake.