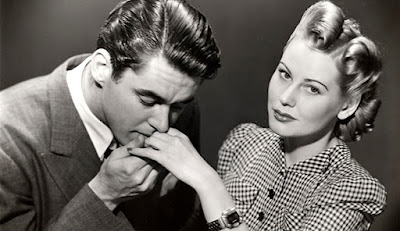 If you could take a pill daily that would lower your blood pressure, reduce stress, boost your immune system, and promote bonding with your mate, wouldn't you do it? You don't actually need a pill to tap these much-needed benefits. There's another way that's more fun, with no side effects: having sex with your mate. So why do so many couples let their relationships fall into a sex-free zone?

It starts with your pressure-cooker job, on top of your load of household chores. Add your husband's own stressed-out work life, his ailing mother, and some unexpected bills that are throwing off your budget. Pepper the mix with two small (or large) children, and what you have is a recipe for a couple who would just as soon collapse on the couch as shimmy under the sheets.

This scenario is so common that therapists have an acronym for it—DINS, as in "dual income, no sex." And it's not only men who are unhappy about it. According to an Australian study in the Journal of Sex & Marital Therapy, 28% of women ages 35 to 54 who are married or in long-term relationships would like more sex, please. With 53% of the men also reporting dissatisfaction, that means at least half of couples are experiencing a "desire gap."

There's an opportunity here. Frequency of sex is intrinsically tied to happiness in a relationship. The National Opinion Research Center at the University of Chicago has consistently found that married couples between the ages of 30 and 59 who describe themselves as "very happy" have sex about 60% more often than those who describe their relationship as "not too happy." (That's 78 times a year versus 48.) "But does more sex lead to greater happiness or greater happiness to more sex?" asks Tom Smith, PhD, a senior fellow at NORC.

Evidence suggests that it works both ways. So to boost your health—and happiness!—here's how to get your groove back. 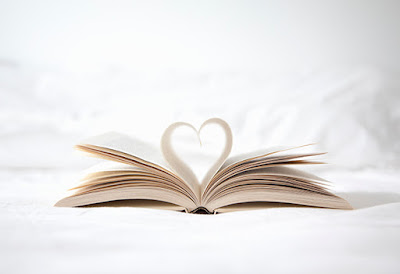 It's not only the time crunch but also boredom with the routine that kills passion for most long-term couples—because really, if you were excited about sex, you would make the time, says therapist Esther Perel, author of Mating in Captivity: Unlocking Erotic Intelligence. Variety adds that proverbial spice. But the pursuit of novelty doesn't mean you have to twist yourself into every position in the Kama Sutra. The goal of sex is to bond and have fun, not to end up in traction. Try a new sex position or anything that makes you feel naughty or seductive. That might mean role playing ("Professor, I need some extracurricular tutoring") or dressing up like Rhett and Scarlett (forget the hoop skirt and go straight to the corset).

Location, location, location: A change of venue accomplishes two goals. It adds novelty, and it gets you away from the household drudgery and chores that tend to make your husband blend into the domestic scenery rather than appearing to be an enticing sexual being. But don't limit your thinking to a romantic B&B. You'll feel more risque, says Perel, if you rendezvous at a hotel for a quickie at noon.

Smoldering resentments, not alleged time pressures, are often the true cause of a diminished sex life. Couples blame each other for placing too much emphasis on children or careers at the expense of the relationship—or for being lazy bums who can't find a job and won't help out around the house. Such attitudes are not exactly turn-ons. Who'd want to cuddle up with someone who's not only not romantic but actually simmering with anger?

Rather than relying on a grope in the dark, try opening up lines of communication and making him feel appreciated—and hope the gesture will be reciprocated. "When people feel understood, they often feel a greater sense of love or passion," says Kenneth Paul Rosenberg, MD, a clinical associate professor of psychiatry at Weill Cornell Medical Center in New York City. If you can't solve all your problems, at least come to enough of a truce to give each other pleasure. Problem solving may get easier after that.

According to therapists, there are four stages of sex: desire, arousal, orgasm, and return to normal. "But for a lot of people, stages one and two—desire and arousal—can happen in reverse order," says Weiner-Davis. Allow your partner to touch you sexually, whether you're in the mood or not. Nerves that are wired to parts of the brain involved in sexual excitement will be stimulated, and physical arousal will likely follow. 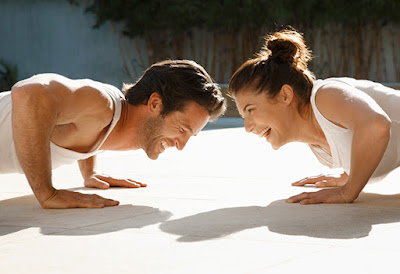 Enjoyable activities can help couples bond—and if sharing a hike or a tennis game makes you feel great, you will tend to associate those feelings of exhilaration with your partner. Even going to the gym together on a regular basis can make you feel stronger as a couple. But a more direct turn-on may be yoga. Many studios offer workshops for couples in which you interact with your partner—starting with simply sitting cross-legged on the floor and gazing into each other's eyes. "Yoga poses bring you into a place of vulnerability and openness, where you're not talking around a problem or blaming each other," explains Becky Jeffers, a yoga therapist and wellness coordinator at North Shore Urogynecology in Park City, IL. Other poses involve leaning on each other—feeling your partner's skin, spine, and weight against you—or even sitting in your husband's lap, facing him, with your legs wrapped around him. "Lots of long-term couples try this on their date night or Valentine's Day," she says. "It generates a lot of heat, both physical and sexual." It's a kind of foreplay—and you finish at the same time!

There are other forms of sexual behavior besides intercourse, says Stacy Tessler Lindau, MD, director of the program in integrative sexual medicine for women with cancer at the University of Chicago. She's found that many couples who can't have intercourse for medical reasons tend to spend more time touching, holding hands, and hugging as an alternative way of bonding. But these acts of affection are important for healthy couples, too. In a study of long-term partners who were together an average of 25 years, the Kinsey Institute for Research in Sex, Gender, and Reproduction at Indiana University found that, yes, sex was important. But frequent kissing and caressing were also predictive of happiness in the relationship—even more for men than for women, says Kinsey director Julia Heiman, PhD. The study didn't examine why, but psychologists note that a loving touch makes you feel desired.

Whatever you do, don't give up. Jenna (not her real name), a 56-year-old salesperson in California, thought her sex life was over when she reached menopause. "I told my husband I was done," she says. "My hormones had crashed. I thought I was never going to have an orgasm again." He took her declaration as a challenge to bring it back—and he did, with a flourish, relying more on manual stimulation than he had before. Now Jenna is brimming with enthusiasm about her reinvigorated sex life. "No one is more surprised than I am," she reports—or more happy to be proven wrong.