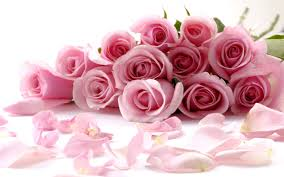 With the encouragement of St. Valentine, during February I often focus more on relationships and love than during other months.
I believe acceptance is the foundation of love. Only if and/or when we can accept others, as they are, with all their pluses and minuses can we truly love them and relate lovingly with them.
This applies to spouses, children, friends, co-workers and even humanity in general.

Therefore, I was very interested to read of “acceptance therapy,” in the book, “Reconcilable Differences,” by Andrew Chistensen and Neil S. Jacobson. The psychologist/authors describe how couples can use “integrative couples therapy” to resolve their differences.

It is a self-help approach which boils down to learning to truly accept one another as we are, without the struggle to change the other.

Basic to this concept is the fact that we cannot actually change another person.

Certainly, change can take place for individuals and in relationships, but not through criticism and coercion by another. Yet many of us go through internal as well as external conflict in our desire to change others.

The expectation that they should change is the opposite of acceptance.

Applying the acceptance concept within a relationship can result in giving up expectations and conflicts based on non-acceptance.

In the process, the relationship can be greatly improved as the stress of conflict is decreased.
I was counseling a couple who were considering divorce.

When I asked what the problem was, they each enumerated a list of petty criticisms of the other.
Taken individually, each of the points mentioned was minute.

As I jotted down their complaints, one by one, I could see that not one of them was worth the stress they had been experiencing within the relationship. The problem was that they had each piled new non-acceptance upon previous ones, until their marriage was truly endangered.

A stress management book, entitled, “Is It Worth Dying For?” suggests that as individuals we may be killing ourselves as a result of the little things we allow to stress us.

This principle is just as valid when applied to relationships. So I asked the couple if their list of little irritants was worth allowing the relationship to die.

Deciding to accept one another as we are, without the expectation of change, can relieve the stress of conflict, allowing respect and love to thrive, rather than to die.

It would be ideal if all relationships started out with the basic attitude of acceptance and then maintained that as little faults and irritants are revealed.

However, too many people observe differences in others which they interpret as faults and erroneously believe they can change them. When that doesn’t work and additional differences are observed, the lists of petty details may indeed kill the relationship.

Perhaps this is most clearly seen in coupleships, but the concept is just as valid in family relationships and friendships.

How often do we allow little criticisms to get in the way of respect and love?
Turn off the criticism, through acceptance, and you’ll experience non-judgmental love.

Instead of expecting or forcing change, we can accept each other’s differences and appreciate our individuality.

And that acceptance can make all the difference!
Why don’t we all make this a focus for February?

View the original article here
Posted by Fish2Fish at 17:43

Email ThisBlogThis!Share to TwitterShare to FacebookShare to Pinterest
Labels: Acceptance the love foundation, cannot change another, complaints, petty criticisms, relationships, self help, stress of conflict, worth dying for