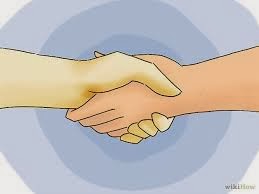 We've touched on ending up in the friend zone on here before in a couple of previous posts – in "Can I Help You?," about men who offer to help women out too much, and in "Overproviding Good Feelings," which discusses the danger of doing too many fun things with women. But now we're really going to dive into the subject.
Just how does some poor schmuck end up in the position of being "like a girlfriend;" how's a guy who wants to date some girl, or make her his girlfriend, or take her home and shag her silly end up being just friends?
There are three big determinants of whether a man will end up as no more than a woman's friend. They are as follows:
Those are the Big 3 of ending up in the friend zone: moving too slow, investing too much, and showing too much emotion. And, naturally, those are three things that most men default to with any girl they like a lot: they move slow (to make sure they don't mess up), invest a lot (so the girl will like them for all they've done for her), and they show a great deal of emotion (so she'll see how deep they are and realize what good guys they are, or because they just can't control themselves around her and act jealous or hopeful or nervous).

Why You Really Don't Want to Be Her Friend

But hey, being friends ain't all that bad, right? You get to spend more time with a girl; you get to really get to know her; maybe even, with enough time, she starts realizing what a great guy you are, right?
Well... no, it doesn't actually amount to such a rosy deal. A man who's "just a friend" is effectively emasculated to a woman; she no longer considers him a sexual option. His power as a man – his ability to conquer and inseminate women – isn't even something a woman who's friend zoned him thinks about; actually, when I have girls tell me about their guy friends who are "just friends," whenever they talk about one of these guys' love lives they talk about it like it's some cute, funny thing; kind of like, "Oh, how cute, there's actually a girl out there who wants to have sex with my guy friend. Isn't that funny?"
I guess it depends how you take it. To me, this feels like one of the most patronizing, demeaning, disrespectful ways one human being can view another; as being completely devoid of any modicum of sex appeal. It's downright humiliating. Yet, many men sit there and maintain these relationships, because... why? I'm not really sure.
I recently had a girl try to friend zone me. It doesn't happen to me a whole lot, but I can smell it a mile away when it's going on. I mentioned her a week or so ago in "Dating on Your Terms;" she was the one I went on a date with, probably could've closed things out with had I pulled the trigger, but I moved too slow and this is a strong gal. Strong women don't tend to give out second chances all that often, and while I'd guessed she'd get in contact with me when I wrote up that post a week ago, I was right – she called me last Friday. Only thing was, she wasn't trying to meet up with me, per se – she was trying to get me to help her with something a friend needed that related to one of the businesses I'm running. I told her I didn't have the thing she was looking for so couldn't help her out this time. Then I told her to let me know when she was free the next week and we'd grab a bite.
Now, there're two ways this could go: the first would that what she really wanted was to see me again, and this was just her excuse to get in contact with me, in which case she wouldn't really care I didn't have the thing she asked me for and she'd be thrilled to have me ask her to spend time together again just the two of us.
The second way this could go was the way it actually did: she sounded annoyed I didn't have what she wanted, and hesitated to respond when I told her to let me know her schedule and we'd grab a bite, eventually giving me a very neutral, "Yeah, sure."
She wanted me in the friend zone.

Being "just friends" with a woman is often going to be something that sucks up your time without providing any kind of realistic return on investment. Just like you aren't going to be good friends with every single man in your town, you also don't have the time and bandwidth to be friends with every single woman in your town, as nice as that might be. And just because a woman is someone you'd like to go to bed with, or have as a consort, or even a girlfriend, doesn't necessarily mean she's someone you'd like to have as a friend. In an ideal world, sure, you'd only sleep with top caliber women you'd love to have as pure friends as well, but this isn't an ideal world, it's the real one, and people sleep with people all the time they wouldn't want to be just friends with.
So, the first line of defense against getting friend zoned is knowing just what you do want from a woman you'd consider having as purely a friend. That's going to differ for each person, so here are the traits I look for a girl I'd accept as just my friend to have at least one of:

In exchange, I offer… well, everything that women want from me. I've worked quite hard to turn myself into a very value-giving person, and pretty much everyone who spends time with me gets a large dose of value: positive, inspirational energy; solid, practical advice; a willing ear; the occasional witty remark; piercing insight; and the chance to be included in one of my many adventures, undertakings, or dreams. Not to mention I exude sexuality, which is always a great deal of fun for women to spend time basking in.
Needless to say, the more valuable a man you turn yourself into, the more women will begin to view you as an outstanding candidate to be friends with... and the more high quality friends you're going to have, and the less time you're going to have to be friends with every woman who comes along. So you must be discriminating.
Once you know where you draw the line at, though – which women qualify as solid friend material, and which women don't meet the cut – you'll know also exactly what you will and won't tolerate from women.
And once you know exactly what you will and won't tolerate from women, you're able to respond appropriately to women who try to banish you to the friend zone. Namely, you won't be going along with the platonic plans of any women who don't measure up with what you look for in your platonic friends.
That's Step 1. What's Step 2?
Step 2 for avoiding the friend zone is doing what you need to be doing – which, as you might suspect, is the opposite of what men who end up getting given the "let's just be friends" speech do:

What to Do When You're "Just Friends" 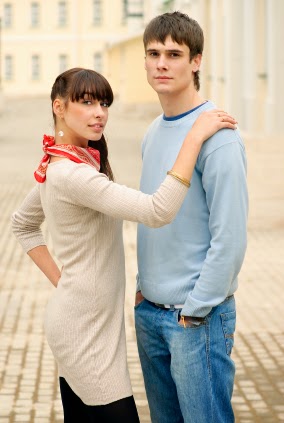 You probably won't like this advice a whole lot, but here's the #1 best piece of advice I can give you once you've wound up in the friends zone:
Drop the girl and move on.
Drop her, as in cut her off almost completely. Be gracious about it, and don't tell her you're dropping her, just… disappear. You may find she becomes so intrigued that she begins chasing after you, or you may find that she falls off your radar altogether. Either way, it's good for you.
That girl I mentioned earlier in this post, who called me trying to get something from me and didn't really want to meet up with me? Chances are, I won't ever talk to this girl again, because it's not a worthwhile use of my time. She clearly is trying to use me to benefit her life without doing anything to benefit mine. e.g., if she wants to get together with me and have a good chat and then we go back to my place and get intimate, well, that's something that benefits her and it benefits me. If, on the other hand, she wants to be just friends and use me to help her friends and maybe talk to me or have me as a shoulder to cry on, that benefits her, but all it does for me is suck up time I could be using to build my businesses or meet new women or spend time with friends who benefit my life as much as I benefit theirs.
Think about it like this: with a girl you're just friends with, that you don't really want to be just friends with, you've typically invested a great deal of time and effort and energy. And the more you invest in someone, the more committed to them you become. You can very quickly end up in the unenviable situation of being far more committed to a woman (for having invested far more in her) than she is in you (for having invested far less in you). When you're more committed to a woman than she is to you, seduction is doomed. Positively doomed. Not all the time, but about 98% of the time, it's doom. Doom for the chances of that seduction.
So, dropping a girl you've been obsessing over does a few things for you:

Rather than trying to climb out of a deep, deep hole with one woman, it's far better to just go find another woman who's standing topside. It can be a little tough once you're invested fairly heavily in a woman, but it's very worth it.
Ultimately, it ties into one of the very core tenets of being a man: a man does not keep people around him who make him feel like less than a man.
What that means, of course, is that if a woman starts viewing you as "like her girlfriend," it's time you forgot her and moved on. For your own sake, it's the healthiest thing you can do. There are a lot more women out there you can find to treat you like the man you are!
Never be afraid to walk away from a bad situation. You always have options – that's what real men realize. And those men – those men unafraid to walk away from bad situations – rest assured, they never end up in the friend zone, because they just won't let women put them in it.
Cheers,
Chase Amante
View the original article here
Previous articles: