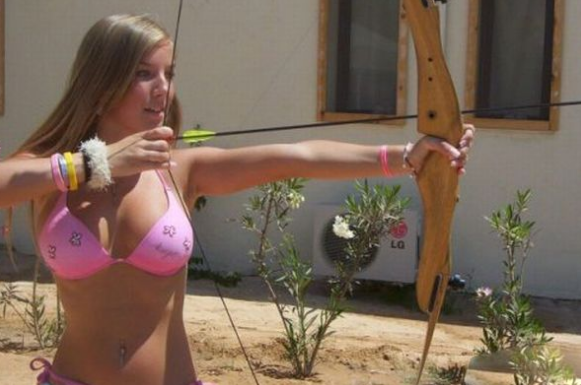 Well the results are in and LOVOO (the new location based dating app) asked 2,000 men what their perfect Girlfriend looks like, enjoys and has; so here is the definitive list:

Brown hair- Given that most on screen heroines and celebrities have brown hair it is no surprise men have been programed to say this is their favourite colour. Kelly Brook, Keira Knightley, Cheryl Cole…. I could go on. Dyed hair can give the impression that you are not happy in your own skin. Being au natural can exude total contentment with your looks, which is very appealing to a man.

Blue eyes- The blue eyes and brown hair combination is the look of a quintessential English rose, which is probably why men are attracted towards it. Plus he can use all the clichés associated with them- ‘your eyes are like deep oceans’ or ‘like the sky on a summer’s day’.

5ft 5” tall- You have to be smaller than him, like it or not, men like to feel like the bigger, stronger and more protective one in the Relationship.

9st 2lbs- The perfect ten strikes again! That weight is about this size in clothes, I would guestimate. Alas, the curvier woman comment is clearly a pile of crap. Epic fail for me- I was doing so well!

34C- Tiny body but big on top! Trust the guys to want bigger breasts than would actually fit a size ten, but hey, it was to be expected!

Irish accent- Very sexy in a man or a woman! The Irish seem to love life and a good drink and so having fun is synonymous with the accent!

No tattoos- Unless he is into them too, a tattoo can make a girl look hard- well she has had her skin injected with ink after all- she must have a hardy pain threshold!

Works as a nurse- It’s all about the caregiving nature that a nurse embodies. When he is sick you will look after him and be able to come to his rescue in an accident. Like the knight in shining armour in reverse! Plus role play every night!

Likes rock music- ‘Dad rock’ proves that you have a good taste in music. If you only like Justin Bieber and Steps then your house gatherings should come with party bags and a clown!

Loves football- This is a rare thing in a women so if you can pull it off- good on you! Liking football gives you man points because you can join in with his mates in conversation and have something to bond over at home.

Eats roast dinners- A size ten with a good appetite- good luck guys! Although a svelte Girlfriend is good to look at having a healthy appetite means you can join in take away Friday and hangover Maccy Saturdays, followed by a roast dinner on Sunday!

Meat eater- There is nothing more infuriating than a fussy eater and men have been bringing us meat since the dawn of time- so if you don’t eat it, it hurts his Neanderthal self!

Drinks white wine- A pint on a woman is never a good look, it makes you look like a bit of a tom boy! A woman with a wine glass- now that looks sexy and demure!

Favourite film: Dirty Dancing- It’s not for Patrick or the slick script- it’s in the hope that you will dance for him in the bedroom in your underwear after the credits!

Drives a Mini Cooper- As long as it’s not bigger than his then it’s usually ok!

Enjoys reading, eating out and travelling- You can hold your own in conversation and are not the weird girlfriend that sits in the corner not talking to anyone. Men like to feel at ease when they are out with their partners and other people, so having stuff to talk about makes others realise why they are with you.

View the original article here
Posted by Fish2Fish at 13:56