Do you make, break, or adjust your plans via text?
Maybe, says writer and designer Emily Theis, it’s time to stop. Because it’s making us bad at dating—and, I’d argue, it’s bad for friendships, too.
Per her blog post,

Text-dating and text-scheduling are really great for people like me who are busy and prioritize their independent work above dating most of the time. But when it comes to plans, texting lacks connection and commitment. If that guy had to call me to cancel, he would have to hear my voice responding. He would hear I was disappointed. He might have apologized, rescheduled, or re-adjusted his working schedule. Or maybe I would have heard how non-committal he was and cut it off right there.

Sound familiar? You’re not alone: 48 (48!) percent of breakups happen via email, according to Statistics Brain. Nothing noted on the site about how many breakups (or broken plans) happen via text, but the point is that it that electronic forms of communication lack a certain something when it comes to expressing emotion. Like...actual emotion. Conviction. Tangibility. Text chemistry is not real-life chemistry, in other words (and as I've learned the hard way more than once). And, as Emily points out, 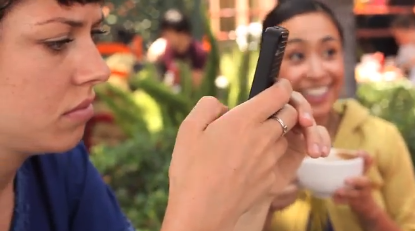 Ultimately, when you get down to really connecting, you can’t show your commitment to someone over a screen.

Readers, what say you? Do you prefer to make—and break—plans via text? Have you ever broken up with someone over text? (I have, and looking back, it was a dumb move.) Have you ever been broken up with via email? (I have, and it felt awful. I've also gotten into text fights, but let's not go there for now.) Share your feedback in the comments below.