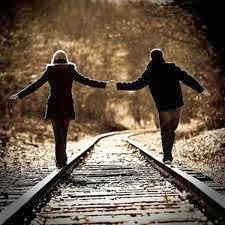 Know the signs: Does he love me?

If you listen to Cher (and we're talking about The Original, not Lloyd) then you'd be forgiven for thinking that when it comes to love "It's in his kiss," but the real way to find out if he loves you, other than asking outright, is to read the signs.

We can't help it. We're girly girls at heart, and whenever we meet someone we start falling for, we can't help but wonder if he feels the same.

That age old question "Does he love me?" can plague our thoughts, but there are ways to figure out the answer without embarassing ourselves.
Short of demanding written proof (and plenty of presents for visual proof) we can really only guess how he feels, but there are always some clues which can give us a pretty good idea as to whether he is in love or not.
Jules Filsell, eHarmony’s relationship advice expert, gives her top eight signs that show he’s seriously falling for you, so next time you ask yourself "Does he love me?" You will already know the answer!

If he’s falling for you he will want to be as transparent as possible with you, and because of that you will feel you can trust him completely.

You won’t find yourself thinking that he seemed to react oddly when you asked about his exes, or that he hasn’t given up much information about his job.

If he wants you to know the real him, it's because he wants to know everything about you too - surely a sign that he is really into you.

If your boyfriend is keen to get you watching his favorite films, go running with him on the weekend or go on a sailing holiday (for example!) then you know he’s falling for you.

Yes, they might not be things you actually want to do, but it’s a great sign that he wants you to experience the things he loves.

...but he understands that you have your own interests

If he’s falling for you, he’ll give you your own space. He knows you spend 90 minutes at Bikram yoga on a Tuesday night, and he’s fine with that. He doesn’t insist you do something else with him instead.

He also understands that when you went sailing or surfing with him, and hated it, he shouldn’t pressure you into doing it again!

He introduces you to his family

When he asks you to meet his mum and dad over Sunday lunch, or have a few drinks with his friends in the pub, you know he is smitten.

By doing this he’s letting you into his world, and introducing you to the most important people in his life. It’s a double whammy if they know all about you when you do meet!

He makes time for you

If he plans your dates on evenings when you’re free, and goes out of his way to make time for you, then you know you’re onto a good thing; if he forgoes a night out with the guys to take you to dinner, even better.

When you’ve been dating for a while you soon learn to separate the guys who are actually interested when you talk and the ones who are just ‘umming’ and ‘ahing’ along while their eyes glaze over.

If he’s falling for you, he’ll want to know every detail about you right down to why you have that scar on your right knee and how you built up your ceramic dog collection.

Plus, you won’t need to tell him these things as he’ll ask questions, without ever thinking anything about you is odd or boring.

He calls you for no reason

Sometimes there’s nothing nicer than having someone call you at the end of a hard day just to have a chat.

The fact that they thought to call you when they were on their way home, or cooking dinner, can make you feel warm and fuzzy inside. If he calls you without an agenda, you know you’ve got a keeper.

He helps without asking

Modern ladies don’t need saving. We know how to wire a plug and we don’t mind taking the bins out.

But, if he notices one of the bulbs in your bathroom has gone, and turns up the next day with a spare to replace it, it’s a sure sign he’s feeling something a little bit special for you.

Yes, it’s very domesticated, and it’s probably not the biggest gesture he could make, but he’s thought about it and acted on it.

View the original article here
Posted by Fish2Fish at 10:25

Email ThisBlogThis!Share to TwitterShare to FacebookShare to Pinterest
Labels: completely honest, cooking dinner, dating, does he love me, he is smitten, he wants you, his kiss, just have a chat, warm and fuzzy inside