I Went 12 Years Without Sex 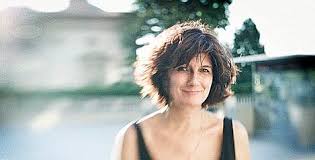 I Went 12 Years Without Sex

Sex is not compulsory. Of course it's not, yet the idea is tantamount to sacrilege in the sex-obsessed West.

And so Frenchwoman Sophie Fontanel, a smart Elle senior fashion editor, has become the centre of much controversy with her best-selling book about how she gave up sex. The main reason for the controversy? The book has struck a chord.

L'Envie, her 12th book (published in English as The Art of Sleeping Alone) sold an amazing 150,000 copies in a few weeks.

People stopped her in the street, wrote and emailed her. Most were elated that "finally, someone was saying this shocking thing in our oversexualised society".

"For a long while . . . I chose to live in what was perhaps the worst insubordination of our times: I had no sex life," her elegantly written book starts. The book uses episodes of her life to make the case that women should not give up on their high expectations – that no sex is infinitely preferable to bad sex.
"I spent the first 10 years of my adult life having, frankly, disappointing sex," she says. "It was mechanical, even when it gave me pleasure. I thought I'd eventually learn enough to match the kind of descriptions I'd read and been told about."
Fontanel had friends and a great job as a journalist; she travelled to London and Milan Fashion Week; she was no Shirley Valentine, no Madame Bovary, even if she felt that the men around her were no Cary Grants. There were brief affairs with men she'd met in Parisian clubs or at parties; usually older, more often than not personable, who saw a tall brunette with an engaging smile – and, it seems, didn't investigate further.
There were longer liaisons with men who expected Fontanel to conform to their desires. "One would wake me up at 4.30am to make love, night after night, and didn't care that I couldn't go back to sleep afterwards," she says. "I was always exhausted. You don't say no because it takes almost as much time as doing it. Yet if I had to get up at night to get a glass of water and disturbed him, there were no end of recriminations."
You would say they used her, but it's not in Fontanel's style to pose as a victim. One day she went on a skiing holiday by herself and experienced a complete liberation. "Sleeping alone in a big bed! Skiing on my own, at my own speed! You can't imagine how happy I was. Bliss." After her epiphany, she decided to take a sabbatical from mandatory sex. It lasted 12 years. She writes that she had had enough of being "taken and shaken", but she has also said that "from someone you are madly in love with, the same roughness can be intensely exciting".

It is, first and foremost, a question of choice. You can have the most outlandish sexual experiences, she says, write them up like Catherine Millet – author of 2001 bestseller The Sexual Life of Catherine M, which tells of Millet's endless search for sex with unknowns – and no one will want to appear so gauche as to even suggest moral criticism. Admitting to abstinence? Drop the word at a dinner party and see the scandalised faces. No wonder that early on Fontanel invented imaginary lovers rather than face her friends' reactions.
"I've been called frigid, abnormal, bitter, neurotic, a lesbian – stupid, really, because as a lesbian I would enjoy sex with women!" Acquaintances who ought to know better accused her of regressing to the most reactionary brand of Catholicism. L'Envie woke the inner Neanderthal in the seemingly perfectly sophisticated men in her sophisticated Parisian circles. One friend raged at her: "How could you do this? What if my wife reads your book?"
Other men thanked her, like so many women. "They feel the pressure as well," Fontanel says. "They let themselves be defined by performance. And yet, some of the most interesting characters exist above sex. It's not an infirmity. They simply have better things to do with their lives."

Email ThisBlogThis!Share to TwitterShare to FacebookShare to Pinterest
Labels: bad sex, no sex, sex is not compulsory, sex-obsessed, sophie fontanel, The Art of Sleeping Alone)