Unfortunately, if you are a man in today’s society, money is the root to all evil. Women are seeking stability and someone to endure the financial burden. Therefore, if you don’t make a great deal of money, you might be viewed as disposable to women. Not all women are like this, but there are enough gold diggers out there that you might run into a few.
Immaturity and youth
One of the biggest reasons women treat some men like shit is for the simple fact that the men are dating women that are too young. Women in their 20s are often immature and lack the knowledge that a woman in her 30s would possess. That is why there are so many failed marriages, because women who get married too young are seeking that fairy tale life with two children, a dog named Spot and a white picket fence. When reality strikes, proving life isn’t a big bouquet of flowers, everything goes to shit. Even if a man is a great person and is trying hard, sometimes younger women need to go off into the real world and experience getting treated like shit themselves, so they understand it isn’t cool.

Men that are too nice 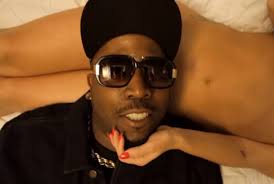 This does exist, believe it or not. Some men are just clueless creatures and have no idea they are being walked all over. Then once they do find out they have been treated like shit, they allow the treatment to continue. This leads to a vicious pattern that will continue for as long as the man allows it, but most likely he will always be the shitty doormat for women that like to bulldoze over men.
Daddy issues
Most men that have been around the block have dated a woman who had a nonexistent father. These women tend to be aggressive, have abandonment issues and seek acceptance and approval from men. They always have some kind of drama going on. Then there is that breed of woman who grew up without a father and treats the world like a delicious bowl of ice cream, but she is rare. Growing up without a father makes women look at men as very disposable. Treating a man like shit is no big deal to them, because they know eventually the man will leave. The one thing that women with daddy issues seek in a man is a daddy-like figure. Older men and men with money are the number-one target. If this type of woman can find an older man with money, she will feel as though she’s won the lottery. Some older men with money will be able to identify this, but some don’t and end up married to this type of woman.
Finding a nice girl
There are those couples that have been together since high school and end up married. Marrying your high school sweetheart and having the perfect life does exist, for some. Most women will end up married once in their 20s, get divorced and remain single for a long time, exploring who they are. These are the women who are perfect for dating. In order to make sure you don’t end up being a doormat or treated like shit, you have to sit down and think of the type of woman you want. A woman that has never taken care of herself financially is going to look for the next man with a checkbook. A woman with a stable career might be the perfect option for you, because even if you have money, this woman can stand on her own financially.
The wonderful world of dating is always going to remain a mystery for some. Unless you truly get out there and get your feet wet, you will never know what to look for. A few bumps and bruises in the road will let you know what women to avoid, but never give up if you are looking for the woman of your dreams.