Getting ready to go out at night would be a lot less time-consuming if we only knew what makes guys go weak in the knees when they first spot a girl. Do they look for nice smiles? Then we’ll stock up on teeth whitening strips and throw on some deep red lipstick. Are they drawn to women with hot bodies? OK, in that case we’ll just pick out a tighter dress or lower-cut top.
Somehow, we have a pretty good idea that it’s not that simple. So in the interest of helping women everywhere, we’ve taken matters into our own hands and asked relationship experts and regular guys: What do you notice first about a woman? 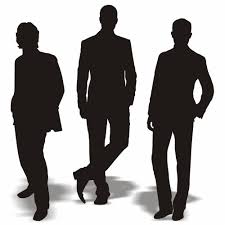 According to Dr. Paul Dobransky, a psychologist, relationship expert and author of The Secret Psychology of How We Fall in Love (Plume), “In the first five minutes of meeting someone, it’s generally physical beauty that attracts men. That’s actually the very first step of courtship for them.” As he explains, this doesn’t mean all guys are after supermodel-type good looks. Instead, he’s referring to the fact that every man has his own individual taste in women, physically. Bottom line: In those crucial first moments, “It’s not about personality, intellect, career or any other crucial things that make up a relationship. At first, it’s just sex appeal,” he says.

Jordan Murphy, host of VH1’s hit show, Tool Academy, agrees. “If a man is at a bar and he’s just met a woman,” he says, “he’ll notice her body — all of it, from head to toe. We’re visual beings and a pretty image gets our attention and gets us moving forward with the conversation. Men love what they see — the curves — but more importantly, they love the thought or fantasy of what’s hidden.”
So, what makes real men want to take a second look? The most popular answer might surprise you:
“The first thing I notice about a woman is her face. If she isn’t pretty, then I won’t talk to her. But if she has a pretty face, I will start a conversation.” – Joey, 22
“I always notice a girl’s style first. I check out how she carries herself, how she walks, and what kind of vibe I get from her.” – John, 23
“I notice her hair and feet, especially if she’s wearing open-toe sandals. How a woman’s hair and feet look tells me how much she takes care of herself.” – Derrick, 39

“The girls that really get me have super-deep, super-pretty eyes. It’s really not fair. All some girls have to do is give me the ‘puppy dog’ look, and it’s game over.” – Kevin, 23

“I always notice a girl’s hair first, especially if it’s long and shiny – it hypnotizes me and I want to touch it.” – Dan, 31
“Her face is the first thing that I see and that’s the closest thing I can get to a first impression. When I look at her face, it’s easy to become attracted to her eyes and lips, which will help her chances after our first meeting.” – JP, 28
“Natural, long, flowing hair always deserves a second look. It’s the first thing you notice from far away, and it frames desirable features on her face. Hair color and length provide first impression clues into her personality. The only downfall to good hair is that, down the road, you have to wait for your girlfriend to finish doing it!” – Andy, 23
“A great body is important to me. I take care of my body and know the dedication and discipline it takes, so I can already tell the same thing about a girl if she has a nice body.” – Dan, 22
“I look at her hair first, followed by her eyes. The body only really comes into play after that, and then only if she has remarkable attributes and is showing them off.” – Joseph, 33
“I notice her hair first, and I tend to judge her habits based on that first impression. In my experience, women with healthy, stylish hair tend to have better overall health habits, and they also tend to take pride in themselves and their careers.” – Anthony, 33
Hair, hair, hair! Seriously, ladies, based on the responses we got, guys are all about healthy, luscious locks. Dr. Dobransky was as perplexed by this popular answer as we were, but he offered this explanation: “Maybe by appreciating her own hair, a woman smiles more, is happier, and is actually more feminine by virtue of feeling satisfied and appreciative of how she looks. That femininity radiates out and is very attractive to men.” As he puts it, “It’s not just what you look like, but how you use your physical attributes.”
And all this time, we’ve been driving ourselves crazy trying to decide what to wear.
View the original article here